Chelsea must pay at least £45m to win the race for Brighton defender Marc Cucurella and will have to see off competition from Manchester City and Tottenham to land the Spanish left-back.Information Guide Nigeria

Newcastle are set to offer Karl Darlow to Manchester United as part of a deal to land Dean Henderson.

Man Utd have been handed a transfer boost as target Aurelien Tchouameni’s move to Real Madrid has been held up due to complications over a tax payment, according to reports.

Aaron Wan-Bissaka wants a new contract at Manchester United but has been told to wait on Erik ten Hag’s verdict on his future.

Everton forward Richarlison is facing an uncertain future ahead of a potential Goodison Park exit this summer with Tottenham, Real Madrid and Paris Saint-Germain interested in the Brazilian.

Dan Ashworth could arrive as Newcastle’s sporting director in time for the summer transfer window after negotiations with Brighton reopened.

Arsenal’s £3m swoop for Sao Paulo forward Marquinhos is heading towards a bizarre legal battle as it emerged the teenager has already signed a pre-contract agreement with Wolves.

Tottenham have placed a £25m valuation on midfielder Harry Winks, with the England international set to leave this summer.

Sam Johnstone is prioritising securing a No 1 role in a bid to boost his England prospects as Crystal Palace emerge as contenders for his signature.

Derby starlet Malcolm Ebiowei is at the centre of a four-way battle between Manchester United, Newcastle, Tottenham and Crystal Palace as he edges closer to a decision on his future.

Wolves are bracing themselves for interest in Raul Jimenez this summer with the Mexico forward lined up for a return to Spanish football.

Lyon will listen to offers for their top stars this summer after failing to qualify for European football left them open to selling Lucas Paqueta, Moussa Dembele and Houssem Aouar.

Manchester United have commissioned a leaks inspector to work at Old Trafford with the club deciding to act after being made aware of complaints about water pouring through the roof at their stadium.

The Football Association are set to investigate claims that Neil Warnock demanded portions of his players’ wages to select them for matches.

Signe Bruun will not be returning to Manchester United Women this summer following her loan spell with the club last season.

Arsenal are considering a double swoop for Manchester City stars by adding Oleksandr Zinchenko and Gabriel Jesus to their list of summer targets.

Lewis Hamilton runs the risk of missing Sunday’s Monaco Grand Prix if he fails to take out his nose stud today.

Emma Raducanu is to link up with Andy Murray’s former coach Jamie Delgado ahead of the grass-court season.

West Ham manager David Moyes is considering a move for Burnley forward Maxwel Cornet following his relegation from the Premier League at the weekend.

The Southampton coaches Craig Fleming, Kelvin Davis and Dave Watson were delivered the news of their sacking over video calls, without Ralph Hasenhuttl or any of the new owners making an appearance to explain the reasons behind the decision.

Wimbledon is erasing “Miss” and “Mrs” in a modernisation of its honours boards for female winners as part of the latest equality drive at the All England Club.JAMB Result

The Southampton coaches Craig Fleming, Kelvin Davis and Dave Watson were delivered the news of their sacking over video calls, without manager Ralph Hasenhuttl or any of the new owners making an appearance to explain the reasons behind the decision.

Emily Bridges, the British transgender cyclist, has piled the pressure on cycling’s governing bodies in the increasingly bitter stand-off over her exclusion from women’s racing by offering to prove that she has no competitive advantage.

Manchester United are seeking Frenkie de Jong’s final answer about whether the midfielder wants to join the club from Barcelona this summer.

RC Lens midfielder Cheick Doucoure is attracting plenty of interest from Premier League sides this summer, with Arsenal among the interested parties.

Raphinha has set his heart on moving to Barcelona this summer and does not want Leeds to block his dream move because he played a leading role in their successful survival fight.

Newcastle United’s desire to upgrade their sub-standard training ground this summer may be held up by the need for a bat-roosting survey at the Darsley Park facility.

Chelsea players whose contracts will soon expire are keen to hear the plans and ambitions of the club’s new ownership before renewing long-term deals.

The Hearts chief executive has vowed that money will be made available to Robbie Neilson to build a bigger squad in preparation for European and domestic football.

Senior RFU officials are discussing a proposal to overhaul the England management structure that would result in their next head coach being unable to wield as much power as Eddie Jones.

Premiership clubs face losing England players for half of their league matches next season due to mandatory rest periods and clashes with international fixtures in a truncated campaign before the Rugby World Cup.

The top women’s gymnastics coach Amanda Reddin, who helped steer Team GB to their greatest Olympic performance at the Rio Games in 2016, has quit just weeks before an independent review into abuse in the sport.

Vincent Kompany could be set for a sensational 11th-hour bid to snatch Shaun Maloney from Dundee with the former Man City captain keen to link up with his ex-Belgium coach if he takes over at Burnley.

Rangers want to land Partick Thistle youngster Cameron Cooper, with the Gers willing to pay compensation to get the Scotland U17 international this summer. 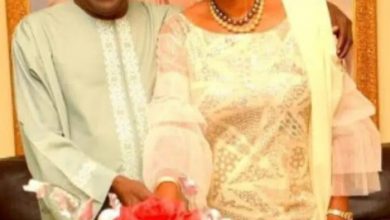 Tinubu Is A Christian, He, Wife One In Flesh, Blood – Joe Igbokwe Alleges 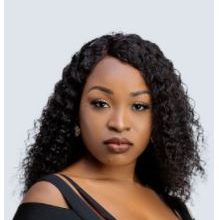 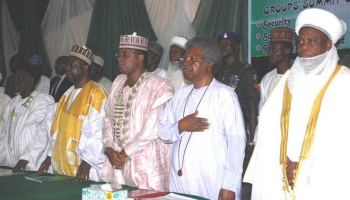 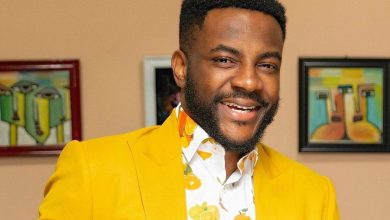