ECOWAS Countries To Close All Borders Against Mali

With its latest stand against unconstitutional seizure of power, leaders of member states in the Economic Community of West African States (ECOWAS) have shown strong resolve and commitment to issues of good governance and democracy in the sub-region, according to Vice President Yemi Osinbajo, SAN. DAILY TRUST reports.Information Guide Nigeria

Osinbajo said this on Sunday in Accra, Ghana, where he deputized President Muhammadu Buhari at an Extraordinary Summit of the ECOWAS Authority of Heads of State and Government to discuss the political situation in the Republic of Mali.

At the Summit on Sunday, ECOWAS decided to impose additional sanctions on the military junta in Mali, withdraw all ECOWAS Ambassadors in the country, and also close land and air borders between ECOWAS Member States and Mali.

The Vice President revealed that there is a strong resolu6tion by ECOWAS Member States to stand against coup d’états in the sub-region.

Speaking to newsmen after the Summit, Prof. Osinbajo said: “what is being done is unprecedented. In the years gone by, the African Union, then known as OAU and ECOWAS, never came down heavily on Coups de’tats; but there is evidence now that there is a very strong resolve that ECOWAS and, indeed, AU and the international community will not accept unconstitutional take over of government”. jamb results

“It’s very evident that there is very strong resolve, which is why we are here today. We expect that the actions that will be taken will point the junta in Mali in the right direction”.

“I think ECOWAS has shown that it has not lost its bite where there are concerns about issues of good governance and democratic enterprises in the sub-region, which is why sanctions against Guinea and Mali were imposed.”

“After reviewing the situation in Mali at the Extraordinary Summit, the sub-regional leaders rejected the transition schedule proposed by the Malian military junta, noting that “the proposed chronogram for a transition is totally unacceptable”.

The body also imposed additional sanctions on the junta, including the following:

a) Withdrawal of all ECOWAS Ambassadors in Mali;

b) Closure of land and air borders between ECOWAS countries and Mali;

c) Suspension of all commercial and financial transactions between ECOWAS Member States and Mali, with the exception of the following products: essential consumer goods; pharmaceutical products; medical supplies and equipment, including materials for the control of COVID-19 products, and electricity

d) Freeze of assets of the Republic of Mali in ECOWAS Central Banks;

f) Suspension of Mali from all financial assistance and transactions from financial institutions.

The communique also disclosed that the Authority of ECOWAS Heads of State and Government “instructs all Community institutions to take steps to implement these sanctions with immediate effect.”

Contents on this website may not be republished, reproduced, redistributed either in whole or in part without due permission or acknowledgment.
.
Proper acknowledgment includes, but not limited to (a) LINK BACK TO THE ARTICLE in the case of re-publication on online media, (b) Proper referencing in the case of usage in research, magazine, brochure, or academic purposes,.
.
All contents are protected by the Digital Millennium Copyright Act 1996 (DMCA).
.
We publish all contents with good intentions. If you own this content & believe your copyright was violated or infringed, please contact us at [infoguidenigeria@gmail.com] to file a complaint and we will take necessary actions immediately.
Tags
Economic Community of West African States (ECOWAS) Mali Political News Prof Yemi Osinbajo www.ecowas.int

We Do Not Have Enough Quality- Mikel Arteta 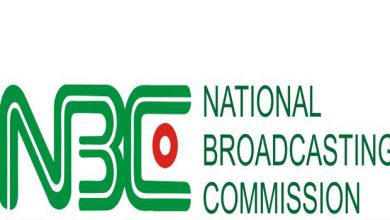 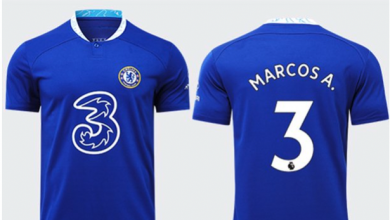 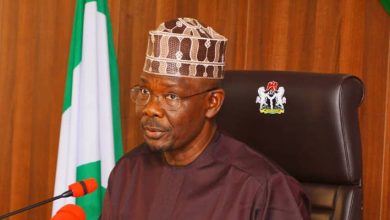 Injustice In Recruitment Of 550 Teachers In Nasarawa will Not Be Accepted – Governor, Sule 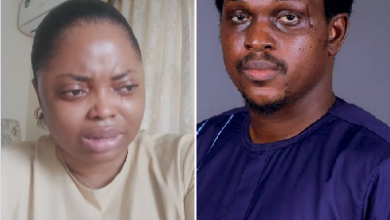