The Federal Executive Council (FEC) has granted the request of the Nigerian National Petroleum Corporation (NNPC) the take over the reconstruction of 21 federal roads across the six geopolitical zones of the country at the cost of N621billion.

PEOPLES GAZETTE reveals that this was announced at the federal executive council meeting that was presided over by the Vice President of Nigeria, Yemi Osinbajo(SAN).

Speaking with correspondents, the Minister of Works and Housing, Babatunde Fashola said that the approval was in line with Executive Order No. 007 of 2019 cited as the Companies Income Tax (Road Infrastructure Development and Refurbishment Investment Tax Credit Scheme) Order, 2019.

According to PEOPLES GAZETTE, Fashola said that he presented three memoranda to the council noting that the first memoranda involved a section of Calabar-Ikom-Ogoja road especially the Apet Central.

Mr Fashola said, “Those drains were put there, about 42 years ago and 86 of them have failed and we need to replace them now with concrete rain drains to allow water pass through, otherwise the retention of water will badly impact the road.

“As a result of that, we have to revise the scope of works from rehabilitation to construction in order to remove all the old steel drains that are corroded and replace them with concrete drains.

“It is over 75 kilometers road and that will require an augmentation contract by an additional sum of N12 billion. So that memo was approved,” he said.

“So you recall that I had briefed you here about the use of that policy like the Dangote Group from Obajana to Kabba, Apapa to Oworoshoki.“Earlier this year, there were five other roads, the Kaduna Western bypass, the Lekki Port road, the road from Shagamu through Papalanto, and a couple of others and there is one road in Maiduguri.

“It’s the government corporation known as NNPC. So NNPC has identified 21 roads that it wants to deploy. So, now, the instructive thing about this is that this initiative helps government to achieve many things, including Ministerial Mandates Three and Four, which we discussed at the last retreat if you recall, was energy sufficiency, electric power and petroleum energy distribution across the country.

“Of course, petroleum energy distribution is being impacted positively and negatively, as the case may be the transport infrastructure, which is the ministerial mandate four.

“So, NNPC has sought and the council has approved today that NNPC deployed tax resources to 21 roads covering the total distance of 1,804.6 kilometers across the six geopolitical zones.

“Out of those 21 roads, nine are in North-central, particularly Niger state. And the reason is that Niger State is a major storage centre for NNPC. So the reason NNPC is doing this is to facilitate the total distribution across the country. Jamb Result

“We have seen and have heard every year Niger State gridlock, the governor complaining that his roads are being damaged by trucks, by those who overload the trucks after damaging the roads themselves now protest the damage that they sometimes have induced. Anyway, this is the final solution to that problem.

“So there are nine like that in north-central, there are three in the Northeast. Two in the northwest, two in the southeast, three roads, the entire Odupani – Itu – Ikot Ekpene road in LOT 1, 2, and 3 now fully covered.

“Then in the South-west, you have the Lagos-Badagry expressway, the entire junction and you also have the Ibadan to Ilorin in Oyo-Ogbumosho section. So that’s it.

“In the South-east, you have Aba-Ikot Ekpene in Abia and Akwa Ibom states. So that’s a major link, then you have Umuahia to Ikwuano to Ikot Ekpene road and so on and so forth. In the North-west, it is Gada-Zaima-Zuru-Gamji road, and also Zaria-Funtau -Gusau-Sokoto road.

“In the northeast, it is Cham-, Bali Serti and Gombe-Biu road. The roads impacted in north-central include Ilorin -Jebba-Mokwa-Bokani sections I and II, Suleja-Minna sections I and II, Bida-Lambatta, and then Agaie-Katcha-Baro road. Then Mokwa-Makera-Tegina-Kaduna all in Niger State.

“So, as I said, it is a total of 21 roads. What will happen as a result of this is that there will be no financing problems regarding the execution of these roads anymore. So, some of these roads that I have mentioned, let me tell you, what has changed. For example, Aba-Ikot Ekpene road has an estimate of about N30.33,399 billion to complete it.

On the payment mode, the minister said, “The whole package is N621, 237,143,897.75 billion. Let’s be clear, it will be spread over periodic tax for about three years. On timeframe of completion, the completion time already exists. They have scheduled completion times. Information Guide Nigeria

“What has hobbled and hampered them is that the annual budgetary provisions have not been enough. So, what it does now is that government can save, like the Lagos-Ibadan, 2nd Niger bridge arrangement and all of those types of roads”. 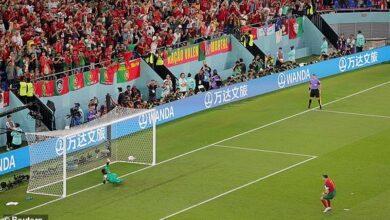 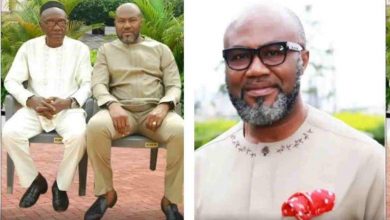 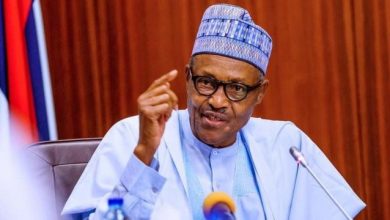 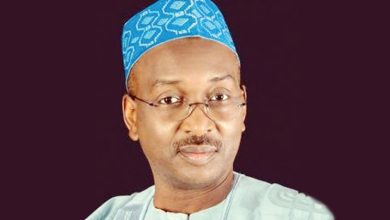 Lukman Opens Up On His Resignation, Awaits Response From APC Governors