Maxwell Opara, one of the advocates of the leader, indegenious people of Biafra, Nnamdi Kanu, has disclosed that political solution may solve the separatist agitations in Nigeria, especially in the South-East region. Information Guide Nigeria

Opara said this in a chat with The PUNCH on Thursday while reacting to a statement made by the Attorney-General of the Federation, Abubakar Malami (SAN), that the Federal Government might consider all kinds of solutions, including political ones, in order to resolve the crisis surrounding separatist agitations in Nigeria. THE PUNCH reports.

Malami had made the statement in an interview aired on ‘Arise TV Special’ on Wednesday.

Growing dissatisfaction, disaffection, and perceived injustice have fueled secessionist agitations in Southern Nigeria of late. While detained Sunday Adeyemo aka Sunday Igboho is an arrowhead of Yoruba Nation in the South-West, embattled Nnamdi Kanu leads the proscribed secessionist group, the Indigenous People of Biafra in the South-East. jamb results

Kanu, is currently in the custody of the Department of States Service facing terrorism and treasonable charges before Justice Binta Nyako of the Federal High Court in Abuja.

Meanwhile, Igboho, whose home was invaded on July 1, 2021, around 1am in Ibadan has been in a Beninese correctional facility since July 19, 2021.

When asked whether the administration of President Muhammadu Buhari was considering political solution to settle the secessionist group in the country, Malami said, “As far as the security situation is concerned and as far as governance and this administration is concerned, you cannot rule out all possibilities. But crime is a crime; there are criminal undertones associated with certain conducts, you cannot away the rights of the government to take steps with particular regards to ensuring that the people are brought to book.”

In Opara’s words: “For someone agitating for self-determination, the political solution there is to address all the things he is agitating for and the things those supporting him are agitating for: equitable distribution of appointment, creating employment, fight corruption with open mind, etc.

“If the government attack those issues and allow him to agitate if he wants to agitate. He is not the only one agitating; Nnamdi Kanu and some other persons are agitating and when people are agitating, what you should do is to create a solution by calling them to the round table to ask them, ‘What is the problem?’ There is no problem that has no solution.”

When asked whether political solution will curtail IPOB agitation, the counsel said, “Yes, it can; it is all about talking (dialogue). Don’t we have issues in our various families? Don’t we have issues at work and other places? But everybody comes to the round table to resolve it.”

“The first step is to release him to Ohanaeze and the traditional rulers. That will calm the situation down and pave the way for people to talk. It is all about the approach but you cannot beat a child and ask the child not to cry”.

Contents on this website may not be republished, reproduced, redistributed either in whole or in part without due permission or acknowledgment.
.
Proper acknowledgment includes, but not limited to (a) LINK BACK TO THE ARTICLE in the case of re-publication on online media, (b) Proper referencing in the case of usage in research, magazine, brochure, or academic purposes,.
.
All contents are protected by the Digital Millennium Copyright Act 1996 (DMCA).
.
We publish all contents with good intentions. If you own this content & believe your copyright was violated or infringed, please contact us at [infoguidenigeria@gmail.com] to file a complaint and we will take necessary actions immediately.
Tags
Abubakar Malami (SAN) Maxwell Opara Nnamdi Kanu Political News 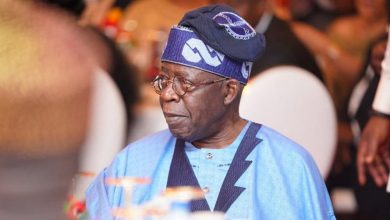 2023 Election: Why Tinubu Should Be president -Sanwo-Olu, others 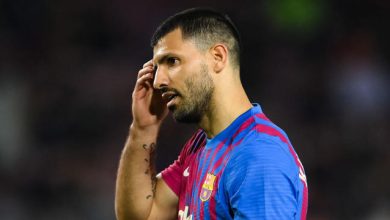 Kun Aguero Reveals If He is Going To Retire 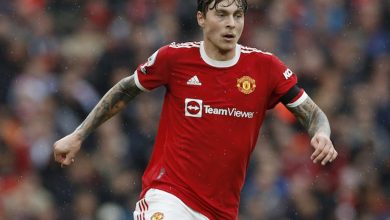