Erik ten Hag is reportedly considering stripping Harry Maguire of the Manchester United captaincy and replacing him with Chelsea defender Antonio Rudiger at the back.

Manchester City’s pursuit of Erling Haaland has taken a significant step forward, with the club agreeing terms with the player’s representatives worth more than £500,000 per week.

West Ham are monitoring Burnley goalkeeper Nick Pope as a potential alternative to No 2 Alphonse Areola.

Ruben Loftus-Cheek wants to stay with Chelsea next season after earning the trust of manager Thomas Tuchel, despite interest from Roma, Everton, Crystal Palace and West Ham.

Former club Athletico Paranaense are hoping to tempt Fernandinho back to Brazil should his time at Manchester City come to an end this summer.

Aston Villa want Barcelona to slash their £32m asking price for Philippe Coutinho in half to sign the Brazil international on a permanent deal at the end of his loan spell.

Greg Norman’s reputation in the world of golf is going down in flames as he struggles to put together a credible 48-strong field for the LIV Golf Invitational in June, scheduled to be the Saudi Arabia-backed tour’s first event.

Manchester United have spoken with the Premier League to express their dissatisfaction at being forced to play three tough, season-defining fixtures in nine days and have voiced their fears that the integrity of the race for the top four has been compromised.

Gerard Pique has been accused of colluding with national football chiefs over a £3.3m-a-year deal he receives from the Spanish Super Cup’s controversial switch to Saudi Arabia.

Manchester United’s club debt is set to increase after the club announced they would be undertaking redevelopment of Old Trafford.

Dramatic pictures show Man Utd star Bruno Fernandes’ smashed-up Porsche after he was involved in a car crash, with the midfielder forced to hitch a ride with team-mate Juan Mata to training.

Nathan Redmond savaged Arsenal after Southampton’s win over the Gunners, telling fans “they’re not that good” as he signed autographs.

Leeds forward Raphinha has hinted at a move to Paris Saint-Germain after hanging out with Neymar.

Manchester United manager-in-waiting Erik ten Hag will attempt to raid his current side Ajax to sign winger Antony, who is likely to cost in excess of £50m.

Alexandre Lacazette has told a French TV programme that he is “in talks with a lot of clubs” and hinted at a summer return to Lyon.

Manchester United are fuming about having to tackle their rearranged fixture with Chelsea without key personnel after United’s clash with the FA Cup finalists – originally due to be played on Sunday, May 15 – has been brought forward to next Thursday, April 28.

Villarreal’s star striker Gerard Moreno is a doubt for next week’s Champions League semi-final against Liverpool after suffering a hamstring problem.

Real Madrid are considering entering the race to sign Bayern Munich striker Robert Lewandowski if their proposed deal to bring Kylian Mbappe to the club collapses.

Manchester United have “strong and confirmed” interest in Lazio midfielder Sergej Milinkovic-Savic, according to a report in Italy.

Manchester United’s club debt is set to increase after the club announced they would be undertaking redevelopment of Old Trafford.

Ralf Rangnick has warned Manchester United they could spend years in the wilderness unless they sort out their recruitment strategy soon.

Ruben Loftus-Cheek says Thomas Tuchel was right to warn him that it’s not enough to be big, tall and good looking.

Neymar has hit back at Liverpool cult hero Fabio Aurelio after he claimed the Paris Saint-Germain superstar has “underachieved”.

Former tennis world No 1 Ash Barty will be back in the sporting world as a golfer in June, taking part in the Icons Series in the United States in a Rest Of The World team captained by Ernie Els. Manchester City boss Pep Guardiola is also scheduled to be part of the line-up.

Big Brother Naija 2022: Everything You Need To Know 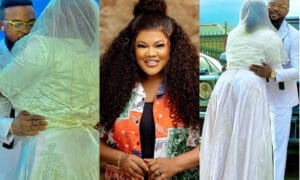 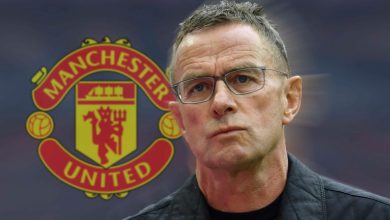 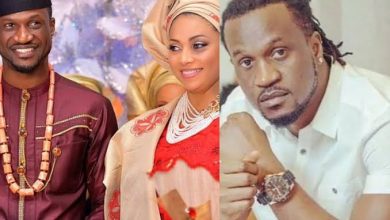