Two Manchester United players – both members of Ralf Rangnick’s slumping senior squad – had to be pulled apart after a full-on fight towards the end of Friday’s training session, which was brought to a premature end. infoguidenigeria

Bacary Sagna has urged Arsenal to forget about signing Leicester midfielder Youri Tielemans and prioritise Gabriel Jesus and a centre-back.

Manchester United and Liverpool have been boosted in their pursuit of Villarreal’s Arnaut Danjuma as it emerged he will be available for his £45m release clause this summer.

Jesse Lingard wants to stay in the Premier League despite interest from four Serie A teams.

West Ham are in talks with UK Athletics over a £15m deal to modify the London Stadium.

Boris Becker is reportedly confident he will be freed from prison before Christmas.

Yorkshire are facing fresh turmoil after it emerged that Paul Hudson, the acting chief executive, was to quit, as the county continue their legal battle with staff sacked in the wake of the Azim Rafiq racism scandal.

Frank Lampard will hold crunch talks with a number of Everton players at the end of the season over their futures, with Premier League interest in Dominic Calvert-Lewin continuing to swirl.

Sue Day, the former England women’s rugby union captain who is now the chief operating officer of the RFU, has delivered a starkly honest assessment about the sport’s slowness in embracing diversity.

Chelsea are reported to have agreed terms with Croatia midfielder Ivan Perisic ahead of a free transfer from Inter Milan in the summer.

With Philippe Coutinho’s departure for Aston Villa confirmed, only one of seven players Barcelona splashed out a total of £300m on in 2017-18 remains at the club – impending free agent Ousmane Dembele, whose future remains in question despite improved form recently.

Arsenal have been told to get ready for Arthur Melo to be made available by Juventus this summer after they were thwarted in a bid to sign him in January because the Serie A club could not find a replacement.

Wembley yesterday suspended a security firm on the eve of the FA Cup final after an undercover Sportsmail investigation found shambolic safety standards at the National Stadium.

Manchester City players are unhappy with the PFA for closing the voting for their Player of the Year Award last Sunday, which they fear could stop Kevin De Bruyne winning the trophy for the third successive year.

The EFL is planning to overhaul the system of appointing administrators for failing clubs following the Derby County debacle.

Chelsea have identified PSV star Ibrahim Sangare as a cheaper alternative to bolster their midfield after being put off Declan Rice by West Ham’s demands.

Cesc Fabregas will leave Monaco at the end of the season but says, despite an annoying run of injuries, that he wants to carry on playing rather than take up one of a number of coaching offers.

Steve McClaren is expected to be confirmed as a member of Erik ten Hag’s coaching staff at Manchester United.

Durham fast bowler Matthew Potts is in line for his first call into the England senior set-up.

FIFA has vowed to cancel the contracts of any hotels in Qatar that refuse to offer accommodation to same-sex couples.

Arsenal and Manchester City are reported to be around £20m apart in their respective valuations of City striker Gabriel Jesus.

Tottenham and Arsenal could go to war in the transfer market this summer with both clubs interested in Racing Club striker Carlos “Charly” Alcaraz, the man dubbed “the next Lautaro Martinez”.

West Ham have moved on to other defensive options as they expect Burnley centre-back James Tarkowski to join Newcastle in the summer.

Marseille boss Jorge Sampaoli admits he would like to keep on-loan Arsenal defender William Saliba next season but has no idea of the Premier League club’s stance on the player’s future.

Rangers fans were left raging when the ticket site for the Estadio La Cartuja viewing site in Seville suffered technical problems almost straight after it was opened.  Pounds to Naira today

Contents on this website may not be republished, reproduced, redistributed either in whole or in part without due permission or acknowledgment.
.
Proper acknowledgment includes, but not limited to (a) LINK BACK TO THE ARTICLE in the case of re-publication on online media, (b) Proper referencing in the case of usage in research, magazine, brochure, or academic purposes,.
.
All contents are protected by the Digital Millennium Copyright Act 1996 (DMCA).
.
We publish all contents with good intentions. If you own this content & believe your copyright was violated or infringed, please contact us at [infoguidenigeria@gmail.com] to file a complaint and we will take necessary actions immediately.
Tags
Football 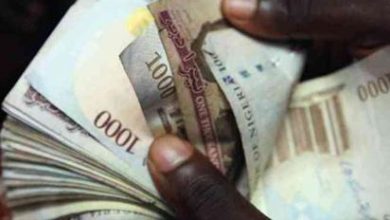 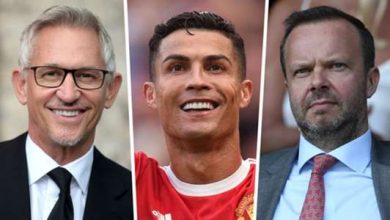 EXPOSED: Man Utd Signed Ronaldo In My Back Garden! – Lineker 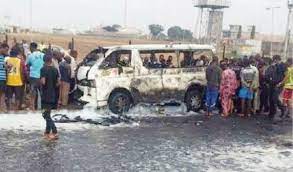 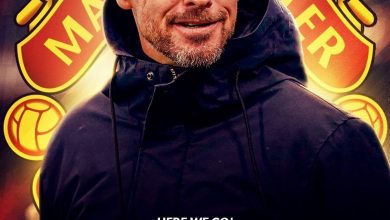