Mauricio Pochettino is just waiting for Manchester United to call and offer him the chance to become the club’s next permanent manager.

Manchester United have offered Paul Pogba a new contract worth £500,000 per week.

Manchester United have made signing a midfielder their No.1 priority this summer – with Declan Rice reportedly top of their wishlist.

Newcastle have made a £25m offer for Sevilla defender Diego Carlos but were quickly rebuffed by the Spanish club.

Michail Antonio has signed a new deal with West Ham, committing him to the club until the summer of 2025.

Barcelona are ready to join Arsenal in the race to sign Lille midfielder Renato Sanches.

Jean-Philippe Gbamin has been told by ruthless Rafa Benitez to find a new club.

Millwall are not willing to let Jed Wallace leave the club during January despite intense interest from Turkish side Besiktas.

Teenage star Charlie Patino is in line to start for Arsenal in this weekend’s FA Cup third-round clash with Nottingham Forest.Information Guide Nigeria

Cristiano Ronaldo is ready to quit Manchester United if the club’s next managerial appointment is not to his liking.

Newcastle midfielder Sean Longstaff is keen on a reunion with Rafael Benitez at Everton.

Ralf Rangnick fears he has not got the time or influence to solve Manchester United’s troubles before his job as interim manager ends in May.

The CIES Football Observatory rates Manchester City and England midfielder Phil Foden as the second most valuable player in world football at £127m behind only Real Madrid striker Vinicius Jr, who is valued at £139m. Erling Haaland (£119m) ranked third ahead of Mason Greenwood (£112m).

The FA will block any attempts to reschedule postponed Premier League games during this month’s winter break.

Leicester City will not rush Jamie Vardy back from injury despite Brendan Rodgers not having a recognised first-team striker available.

Manchester United did not approach Antonio Conte over their managerial vacancy because of fears over his micro-coaching style and how it would go down with their current squad.

Manchester United are reported to be in talks to sign Borussia Dortmund defender Dan-Axel Zagadou on a free transfer.

Jack Wilshere has warned Jesse Lingard against leaving Manchester United to rejoin West Ham this month – urging him to remember he is at a ‘big club’.

Newcastle are monitoring Anthony Martial’s situation at Manchester United because of a need to replace injured striker Callum Wilson.

Newcastle United have stepped up their pursuit of attacking players with Liverpool’s Divock Origi and Bournemouth’s Dominic Solanke under consideration as strikers and Norwich City’s Todd Cantwell of interest to play as a number 10.

Novak Djokovic might not be able to play in a Grand Slam event until Wimbledon because of France’s strict approach on sportspeople being vaccinated.

The Welsh Rugby Union is considering moving home Six Nations games to England because of the financial issues which would accompany them playing at an empty Principality Stadium.

Donny van de Beek’s lack of playing time at Manchester United is in part down to struggles in training and a lack of physicality in his play.

Lucas Digne is ready to hold off moving from Everton in January, dealing boss Rafael Benitez a blow in his efforts to bring in funds for new signings.

Newcastle are considering a cut-price move for Bournemouth defender Lloyd Kelly after having an offer for Lille’s Sven Botman rejected.

Stephen Glass has warned clubs interested in Calvin Ramsay that Aberdeen will not be railroaded into selling the highly-rated right-back late in the transfer window.

Ferrari are set to sit down with Carlos Sainz over a new contract, with his current deal running out at the end of 2022.

Dundalk are closing in on a deal to sign Dundee United defender Mark Connolly.

Lee Bullen is set to be announced as the new manager of Championship side Ayr United.

Rangers youngster Stephen Kelly is a target for Tranmere Rovers and Kilmarnock.

Vitesse Arnhem centre-back Danilho Doekhi has admitted Rangers would be a tough team to turn down because of the passion of the Ibrox support.

Ismaila Soro has emerged as a January target for New York Red Bulls.

Omokri Ridicules Buhari For Complaining Of Working For 6 Hours 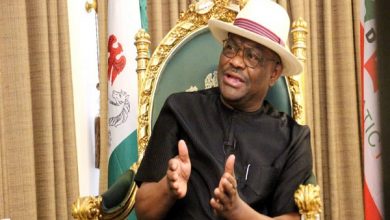 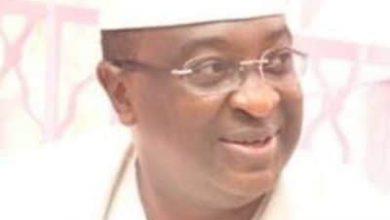 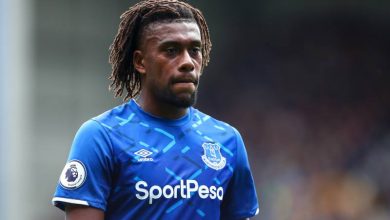