Nigerian Army News – Media in the country has been cautioned against glorifying terrorists and other criminal elements in Nigeria by the Chief of Army Staff (COAS), Lt. Gen. Tukur Buratai, has.

While speaking at the opening of the 2019 First Quarter Chief of Army Staff Conference at the Command and Staff College, Jaji in Kaduna State, Buratai said it was unpatriotic for the media and other Nigerians to glorify criminals, giving the impression that they are stronger than the military and other security agencies.

According to him, “undue publicity and praise singing of the bandits and other criminal elements would only motivate them to commit more criminal acts at the detriment of the society.

“I will seize this opportunity to caution the media and the public not to glorify bandits, armed robbers, kidnappers and ethnic militias to the extent that they are seen as stronger than the military and other security agencies.

“The criminals are only as strong as the society paints or views them and further propagated by the media.

“It is important to state that information and intelligence flow from the people and indeed from the media and the public.

“Such criminal activities are intelligence-based and the people in this regard are to provide timely information and clear identifications of the perpetrators.

“Therefore, the media, the public, security analysts and public commentators are advised to show more maturity and due diligence in this collective effort of ridding the country of criminals and criminalities.”

According THISDAY reports, Buratai, stressed that in order to tackle the security challenges facing the country, there was need for credible intelligence, as he directed commanders to work closely with communities to decisively deal with terrorists, bandits and other criminal gangs.

Buratai said the Nigerian Army had performed creditably in the first quarter of 2019 by turning the battle momentum against the Boko Haram terrorists in the North-east region, the reports said.

He also commended the Nigerian Army for the professional manner with which it supported the civil authorities as part of its constitutional role to ensure the successful conduct of the 2019 general election.

The COAS said: “Despite reports of some alleged cases of infractions by some personnel, which are being investigated by a high level committee, I am elated with the encomiums showered on the Nigerian Army for the high level professionalism exhibited in the conduct of the elections. I say well done to you all.

“I must also acknowledge the resilience and doggedness of our troops in reversing the ugly trends that almost marred our concerted efforts in the Northeast.

According to the reports, he has said that, the Boko Haram alliance with the Islamic State West Africa Province (ISWAP) had been dealt with and “Operation ‘YANCIN TAFKI’ was launched to effectively ensure the total destruction of the insurgents hibernating and operating from the ‘tumbuns’ with a view to crippling their ability to wage any form of war.”

The Army Chief also said the operational successes recorded in this first quarter of 2019 in the fight against terrorists have further underscored the resolve by the Nigerian Army to defend the territorial integrity of Nigeria.

The reports have it that, the army boss has  said new strategies, including the recently launched operation Harbin Kunama III, were some of the measures being adopted, to address the raging banditry and kidnapping in the North West and North Central zones.

“The concept of this operation will require the combat arms as well as all combat support and support services working in synergy with other security agencies, the traditional institutions and other stakeholders to get rid of criminal elements.

“We must ensure information flow that will be converted into actionable and timely intelligence for troops to take proactive measures and to support and drive targeted operations.

“It is important that commanders in the field relate with the society and other security agencies in their efforts to bringing the high rate of kidnapping, banditry and attacks on villages leading to killings in Zamfara, Sokoto, Kaduna and Katsina States to an end,” he stated. 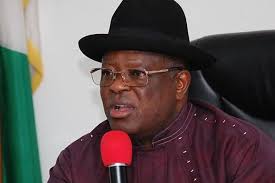 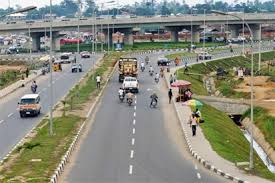 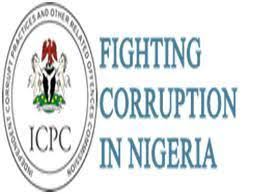 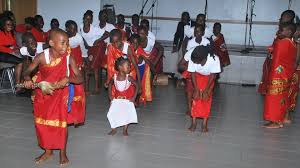