Alternative Dispute Resolution, ADR, has been advocated for, and as well, described as being the best alternative to litigation in court, by the Governor Ifeanyi Ugwuanyi of Enugu state.

The Governor made this call yesterday, in Enugu, at the 2019 annual lecture and reception of the newly inducted members of the Institute of Chartered Mediators and Conciliators, ICMC, Enugu branch, which was chaired by Justice C.C Nweze of the Supreme Court.

Speaking, Governor Ugwuanyi stated that mediation and other forms of  strategies were best in settling issues arising from conduct of elections in Nigeria, adding that his government has embraced mediation as a system of resolving disputes because, according to him, unlike litigation in court which is adversarial and winner-takes-all in nature, mediation is informal, cheap, win-win and preserves the relationship of the parties involved.

According to Vanguard reports, the Governor, who was represented by the Attorney General of the state and Commissioner for Justice, Miletus Eze, Ugwuanyi lamented that the current scenario where pre and post-election cases choked the courts’ docket each election cycle in the country was not sustainable.

“It is our belief that there is indeed no alternative to the introduction of mediation and other forms of ADR in the resolution of electoral disputes at this stage of our democratic march,” he said.

In their separate remarks, as reported by Vanguard, the Enugu state Chief Judge, Priscilla Emehelu, who was also represented by Justice Romanus Odogu said that the adoption of ADR in electoral disputes will relieve Judges involved in election petition matters of such burden, adding that, aggrieved candidates can reclaim mandates without courts.

Mediators “As it were, the cases handled by the Judges in their respective courts are at standstill now until the petitions are all attended to. The point is that the ADR is an inevitable intervention,” he declared.

ICMC President, Chief Emeka Obegolu said that it was in recognition of the gains of ADR that the institute convinced the Independent National Electoral Commission, INEC, to create a department in-charge of mediation.

In his keynote speech, Prof. Offornze Amaucheazi, SAN, posited that election disputes lead to tension and could threaten the democratic process; so, mediation becomes the option. He, however, said that identifying and choosing truly neutral mediators was one of the drawbacks of mediation, adding that though “It’s a private process, but the public would want to know the terms of resolution”. 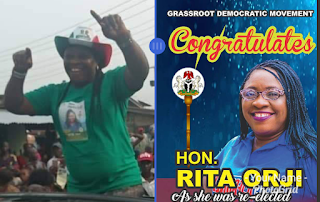 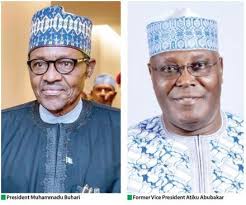