In view of the controversies trailing the genuine ownership of Lagos, as wildly painted by an APC stalwart, Alhaji Tajudeen Olusi, the Aworis in Lagos, under the aegis of the Ibile-Eko Forum has faulted his report, that Lagos is a no man’s land and that Aworis are mon indigenes.

The group made the clarification in a statement, by the Secretary of Ibile – Eko Forum, Barrister, Felix Odusanya.  The indigenous group maintained that; “The Aworis of Lagos State constitutes the largest single ethnic sub-group in Lagos State, made up of about 75 percent of its indigenous population of the state.

From the report gathered by Vanguard, the group has warned individuals and groups to desist from the deliberate acts of misleading the general populace and distortion of history.

The report had it that, the group has recalled how a prominent Lagos prince and the Chairman of the Elders’ Forum of the ruling All Progressives Congress (APC) in the state, Alhaji Tajudeen Olusi, has said in an interview on the Nations Newspapers’ publication that, there is no such thing as Awori people in Lagos State while insisting that the place called Lagos today was a part of the old Bini Kingdom, contrary to claims in some quarters.

“Prince Tajudeen Olusi goofed by saying we don’t have a tribe called Awori at all. It is quite reckless a statement for someone to claim Isolo, one of the prominent Awori communities is not an Awori town or that the people of Isolo are not Awori; Isolo is a major Awori town which was founded by a group of Awori people led by one Akibayi, and other towns and villages that form the major part of Ikeja Division of Lagos State are mainly Awori establishment.

“Of what importance is the attempt by Prince Olusi to twist the history of Akesan when he claimed the Late King of Akesan land, Oba Fagbohun said there is Akesan in Oyo and with that Olusi concluded Akesan is not Awori. While time and space may not permit me now to ponder on the full historical development of the Awori land and its people, laziness has not permitted you to find out the connection of the said Akesan in Oyo and the Akesan in Lagos state.

“Note the king never said Akesan is not Awori rather he said there is another Akesan in Oyo. Here someone needs a lecture about Olofin Ogunfunminire, the progenitor of the Awori and his wives. That is for another day. The emphasis of Prince Olusi on Oyo as the original place of Isolo and Akesan has neglected the fact that every Yoruba including the people of Oyo has a claim to Ile-Ife as the source. In furtherance of debunking the obnoxious claims, the scribe of the Ibile-Eko Forum, Barr.  Femi Okunnu SAN response has laid to rest the careless claim of the APC chieftain,

“There is no place called ‘No Man’s Land’ in the world. Every parcel of land has its own history. Lagos has its own history and the original inhabitants of Lagos – the Aworis – settled over 500 years ago. I have said it many times recently that Lagos has its own indigenes. He continued that the Aworis were the settlers who inhabited Lagos city and suburbs. Maybe some centuries after, there was the invasion by the Binis, the Edo-speaking people, who invaded Lagos and set up their own institutions. In fact, the obaship of Lagos has a lot to do with the Benin Kingdom. So, the Binis also invaded and settled in Lagos.

“Oba of Lagos is of Edo or Bini origin, not Yoruba, and all the other chiefs, who came with the first oba, that is, Ado I am talking of a group of white-cap chiefs called Akarigbere — also are of Bini origin”, he added. 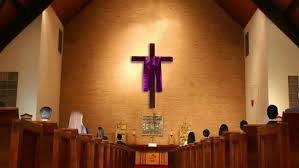 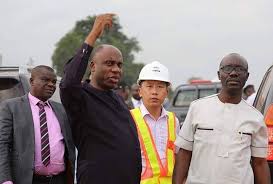