This was contained in a statement signed by Mr. Don Etukudo, Public Affairs Officer INEC, Akwa Ibom State entitled, “Election Tribunal: Akpabio should stop blackmail and lies,” and was made available to newsmen, yesterday in Uyo.

The Commission, which described the claim as mischievous, and cheap blackmail, urged Akwa Ibom people to disregard the cheap blackmail by Akpabio’s legal team and assured that the leadership of Mike Igini, the Resident Electoral Commissioner, would at all times work to uphold the integrity of the electoral process.

According to the Vanguard report, it statement asserted that the Head of Akpabio’s legal team Barr. Patrick Umoh must be told that Lawyers are men of honour and should be honourable enough to draw a line between bad politics and advancing the cause of justice.

The statement reads, “We have come across reports in the social media to the effect that INEC, Akwa Ibom State is denying the legal team of Sen. Godswill Akpabio access to election materials ordered to be inspected by the Election Petition Tribunal.

“Even though this claim is consistent with the sustained campaign of calumny against the Commission before, during and after the elections, this baseless allegation is clearly mischief taken too far.  We find it distasteful and hard to believe that a legal practitioner can so cheaply and dishonourably lend himself for use in this unholy enterprise against his conscience and the truth.

“The truth is that a seven-man legal team of Senator Akpabio has been in the Commission and has actually commenced the process of inspecting the election materials. They were led into the Strong Room of the Commission where they sighted and confirmed that there are indeed materials and documents to be inspected.

“The Commission further explained that Akpabio’s legal team sat with INEC lawyers to work out and mutually agree on the modalities and schedule for the continuation of the inspection of the materials after the Easter holiday, from Tuesday to Thursday, between the hours of 9 am and 4 pm. It added that it was instructive to note that the petitioners had earlier obtained the CTCs of some of these documents, stressing that if they were availed the CTCs of the documents, why would they not be allowed access to inspect the same documents as alleged?

“What could they be doing in the Commission’s Strong Room, a restricted area where materials are kept if they were not on an inspection? How can someone who has been availed all legitimate support and was part of the agreement to continue the inspection after the holiday, turn around to complain that they were denied access to the materials?

“Is it possible, as is being rumoured in the social media, that they intended smuggling in and dumping on the Commission, extraneous and compromised materials that would jeopardize investigations and thwart the cause of justice and are now venting their frustration at being stymied by the vigilance of Commission staff?

“We observed in the report the sinister habit of dragging Mike Igini’s name into their dirty politics for the malicious purpose of blackmailing him. We need to state here that the REC has been out of the State on official duty and has not even interacted with the external solicitors of the Commission.

“He had however left a standing instruction that officers of the Commission must cooperate with the legal teams in the election petitions, especially with regard to obeying every order of the Election Petition Tribunal. This we have done faithfully”

INEC has also added that “it is pertinent to state here that Barr. Igini has, at every forum of election stakeholders and in radio and TV discussions canvassed the view that it ought to be the responsibility of the Commission to explain all that transpires in elections being the body that midwife, conduct and manage the election process.

“It is, therefore, preposterous to suggest that a Commission which is ready to discharge this burden or onus of proof would deny anyone access to materials used in the conduct of elections” 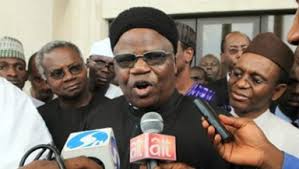 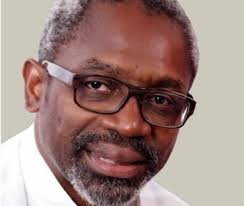 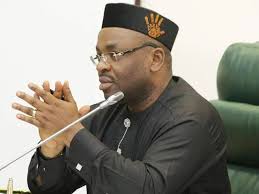