The subject of gay marriage is one that still makes a lot of Nigerians very uneasy. Most people do not understand how two people of the same sex can come together to get married. One of such people is Tinsel Actor, Gideon Okeke who took to his social media to criticise the marriage of fashion designer, Marc Jacobs.

Marc Jacobs got married to his partner, Char Defrancesco in a lavish marriage ceremony on April 9, 2019 in the city of New York. The two had met at a party in 2015 while Char Defrancesco was working as a retailer, bartender, closet organiser and an interior designer. This is a year after he had proposed to Char Defrancesco with a flash mob while they are at a Chipotle restaurant. The ceremony was reportedly filled with many Hollywood celebrities and influencers such as Naomi Campbell, Kate Moss, Gigi Hadid, Bette Midler and Lil’ Kim. Fashion influencer, Bryan Boy who was also present at the ceremony called it ‘the wedding of the century.’

However, the celebration of these two men in marriage was not pleasing to Gideon Okeke who posted a picture – that has since been deleted – of the lovebirds kissing on his instagram account and wrote:

Now, as a human being with his own human rights, Gideon Okeke is entitled to freedom of speech and can state his opinion on any subject if he so wishes. However, this opinion can also be criticised and this is where Olumide Makanjuola comes in.

When he saw the post written by Gideon Okeke, sexual and human rights advocate, Olumide Makanjuola denounced the actor’s comments as being attention-seeking. He posted on his twitter account:

I can’t stop laughing. Same Gideon that was trying to hustle for a queer role in a film through a major PR director in Nigeria? Issaokay sha, everyone got to trend somehow. But again, if you know, you know. #PeaceOut https://t.co/kVJfjdbNdD

“I can’t stop laughing. Same Gideon that was trying to hustle for a queer role in a film through a major PR director in Nigeria? Issaokay sha, everybody got to trend somehow. But again, if you know, you know. #PeaceOut.”

This made a lot of people curious as they wanted to know more about the supposed role that Gideon Okeke had sought for. When asked by his followers to provide more information for the bomb he just dropped, Olumide Makanjuola, he wrote:

“You have to learn to drop the tea small small. So the more the person wants to take a seat the f***ed up table, you have sufficient tea to water them.”

He also agreed with a follower who wrote that Gideon “wants to play a role he doesn’t understand.”

Gideon Okeke is yet to respond to the comments made by Olumide Makanjuola. 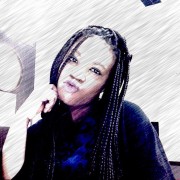