Following the acute housing crisis faced in Africa, the Pan-African housing development financier, Shelter Afrique, has estimated that the African continent requires about four million housing units per year in order to be able to meet its housing needs.

This was disclosed, while speaking recently in Nairobi at the inauguration of Karibu Homes, a low-cost housing project financed by the organisation, where the Shelter Afrique Chairman, Daniel Nghidinua, also said that the situation is compounded by lack of affordable housing finance, high cost of urban land and weak tenure security, rising construction costs and rapid growth in slums.

According to the Vanguard reports, as said by Shelter Afrique, the majority of African countries are facing a housing crisis as a result of high population growth, increased urbanisation and low supply of affordable housing. The company is now calling for a stronger public-private-partnership to address the shortage.

“These high growth rates have given rise to a surge in the demand for urban infrastructure and housing in urban areas. Unfortunately, urban planning and investment in housing are often lagging behind resulting in housing deficits. The surge in demand for housing, in turn, has driven up housing prices and often pushed quality housing out of rich for the majority, especially the poor, low, and middle-income households,” Nghidinua said.

Earlier, Nghidinua has noted “that even though the housing backlog was a challenge, it wasn’t insurmountable”, adding that Shelter Afrique was committed to affordable housing for all in Africa and that the organisation was keen on forging smart partnerships aimed at creating growth with scale.

“We believe this challenge represents an opportunity for coordinated actions and investments by various governments, private sector players, and communities across the continent. Through smart partnerships, we want to focus on the lower end of the affordable housing market chain to be able to address this housing crisis”, Nghidinua said.

The recent report had it that, the UN-Habitat blamed the huge housing deficits in Africa to poor response of governments to the issue, ignorance by governments on the housing issue, land delivery systems, urban planning and poor organisation of construction sectors in most African countries. 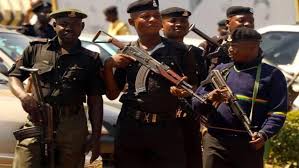 Court jails a man for stealing from  hotel guests 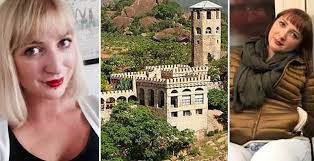