An Islamic group, Muslim Rights Concern (MURIC) has begged the Federal Government to overlook the allegation made by Turkish President, Recep Tayyip Erdogan that Turkish terrorists are in Nigeria.

According to the group, President Buhari should concentrate on the bilateral agreements signed by the two countries during President Erdogan’s visit to Nigeria rather than chasing “innocent” Turkish nationals.

As reported by SAHARA REPORTERS, in a statement issued on Friday by MURIC director, Professor Ishaq Akintola stated that such claims by the Turkish President are “false, baseless and of no consequence”.

Parts of the statement read thus: “We heartily welcome the bilateral agreements signed by Nigeria and Turkey as they have the potential to boost economic and military advancement in both countries. However, we take the Turkish president’s allegation that there are Turkish terrorists in Nigeria with a pinch of salt. It is false, baseless, and of no consequence whatsoever.

“We are aware of the existence of Boko Haram and ISWAP terrorists in the country but we reject the attempt to label innocent Turkish citizens as terrorists just because there is a political difference between them and their president. jamb results

“Nigerian opposition groups are spread all over Europe and America but President Buhari does not label them as terrorists. Neither does he tell his hosts to haunt them. Instead, he treats all Nigerian citizens at home and in diaspora as his own children. This is one area President Erdogan of Turkey needs to look into. He derailed by veering into the issue of opposition members from his country who reside in Nigeria. He should have ignored them.

“We acknowledge Erdogan’s role as a leading mouthpiece of the Muslim world and a stout defender of Islam, particularly against Western stigmatisation. But that does not confer on him the right to label the opposition in his country as terrorists and to haunt them all over the place. Erdogan should stick to what we know him for as the unrelenting defender of world Muslims.

“Neither should Erdogan’s humongous Muslim hero image becloud nor diminish MURIC’s commitment to protecting Allah-given fundamental human rights of Muslims in Nigeria, be it, individual or group. This is where the issue of protecting the rights of members of HIzmet in Nigeria comes in.

“These people are our fellow Muslims. It does not matter whether they are foreigners or Nigerians. Prophet Muhammad (SAW) said. ‘A Muslim is a brother to a fellow Muslim’ (al-Muslim akhul-Muslim). Interestingly enough, we have not heard of their involvement in any violent activity since their sojourn in this country.

“What we know of them is that they build primary and secondary schools, universities, and hospitals. They also engage in humanitarian services, assisting poor Muslims to meet religious obligations like hajj and sacrificial animals. They have been in this country for more than 20 years (even before Erdogan became Prime Minister) and some of the institutions established by them in Nigeria are two decades old already. A coup that allegedly occurred in Turkey five years ago while these people were still in Nigeria should not be hanged on their necks.

Contents on this website may not be republished, reproduced, redistributed either in whole or in part without due permission or acknowledgment.
.
Proper acknowledgment includes, but not limited to (a) LINK BACK TO THE ARTICLE in the case of re-publication on online media, (b) Proper referencing in the case of usage in research, magazine, brochure, or academic purposes,.
.
All contents are protected by the Digital Millennium Copyright Act 1996 (DMCA).
.
We publish all contents with good intentions. If you own this content & believe your copyright was violated or infringed, please contact us at [infoguidenigeria@gmail.com] to file a complaint and we will take necessary actions immediately.
Tags
MURIC director Muslim Rights Concern (MURIC) Political News Professor Ishaq Akintola Recep Tayyip Erdogan Turkish President 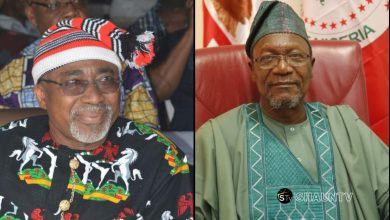 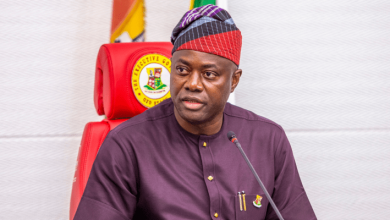 “We Are Committed to Harnessing Natural Resources At Our Disposal”, Oyo Govt 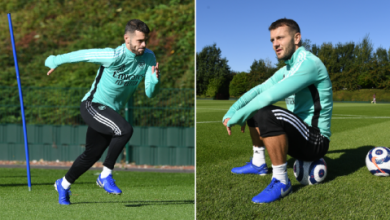