Manchester United have identified Lazio midfielder Sergej Milinkovic-Savic as their alternative plan if Frenkie de Jong continues to reject the chance to move to Old Trafford.

Kalidou Koulibaly turned down an offer that would have paid him £51m over five years before leaving Napoli to join Chelsea.Information Guide Nigeria

Adrien Rabiot has been forced to train with Juventus’ U23 team as he looks to seal a move back to France with – he hopes – either Lyon or PSG.

Eden Hazard is sure that Real Madrid team-mate Karim Benzema should win the Ballon d’Or.

Manchester United are still in the dark about when or if Cristiano Ronaldo will return to the club as they flew back from their tour of Thailand and Australia last night.

West Ham plan to sign Gianluca Scamacca in the next 24 hours after agreeing a £30.5m fee with his club Sassuolo over the weekend.

Barcelona are expected to make their bid for Sevilla defender Jules Kounde on Monday after the Chelsea target indicated he would be willing to accept their terms.

Manchester United have joined Newcastle United, Bayern Munich and Borussia Dortmund in monitoring Red Bull Salzburg striker Benjamin Sesko but the Austrian club do not wish to sell for less than £55million this summer.

Burnley want Nottingham Forest to pay Maxwel Cornet’s £17.5m release clause in one go or pay more for the 25-year-old.

Chelsea players and staff were stunned to see an ambulance outside their hotel in Las Vegas and paramedics dealing with a gambler who suffered a heart attack after a big win.

Four men were arrested after police were hit by street furniture outside Rangers’ clash with Tottenham at Ibrox on Saturday.

Chelsea target Presnel Kimpembe has asked Paris Saint-Germain to allow him to explore his options amid significant interest from Juventus.

Newcastle are ready to switch their transfer attention to Burnley winger Dwight McNeil.

Jules Kounde is set to complete his U-turn and sign for Barcelona in a £51m deal that shatters Chelsea’s long-standing hopes of bringing him to the Premier League.

Chelsea and Tottenham both want Newcastle United winger Allan Saint-Maximin but are being put off by his £40m price tag.

Nice are plotting a surprise move for long-serving Leicester City goalkeeper Kasper Schmeichel, according to reports in France.

Fulham want to sign Barcelona goalkeeper Neto but the former Juventus star wants to return to Italy and has set his sights on joining Napoli.

Dina Asher-Smith is a major doubt for the Commonwealth Games after pulling up sharply during the 4x100m relay at the world championships in Eugene and flying back to the UK for a scan and a medical assessment amid fears she has sustained a hamstring injury.

Legal action will be launched on Monday against rugby’s governing bodies by a group of former professional players who have suffered brain damage during their careers.

Arsenal have admitted that they are interested in the attacking midfielder Lucas Paquetá but said that there are no present talks with Lyon about the Brazil international.JAMB Result

Atalanta are confident of agreeing a loan deal with Arsenal for Nuno Tavares but want a permanent option to be included.

The RFU is set to open an investigation into racism at the Newcastle Falcons after recent claims made by Luther Burrell.

Fran Kirby has revealed England Women are motivated to win the European Championship in order to lift the spirits of the nation and forget about the cost of living crisis.

Atletico Madrid supporters launched an online protest after reports emerged that they were interested in signing Cristiano Ronaldo from Manchester United.

Juventus have emerged as a possible suitor for Manchester United forward Anthony Martial although it appears the club no longer has any interest in selling him.

Frenkie de Jong has been told he will need to take a pay cut to stay at Barcelona and it appears, according to reports in Spain, that he is open to doing so.

Barcelona boss Xavi has told Memphis Depay he has no future at the club as a number of Premier League clubs continue to monitor his situation.

Tottenham are not willing to let record signing Tanguy Ndombele leave in a cut-price move despite him being out of Antonio Conte’s plans.

Sepp van den Berg is set to get a chance to shine in the Premier League but it will not be at Liverpool as he is set to join Bournemouth on a season-long loan.

Rangers are poised to complete a £6m move for Besiktas defender Ridvan Yilmaz.

Everton are ready to send Nathan Patterson on loan.

Check and Confirm: How much is Dollar to Naira Pounds to Naira today

“No one will hold Buhari accountable” – Kperogi on terrorists flogging captives 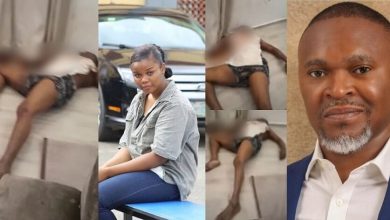 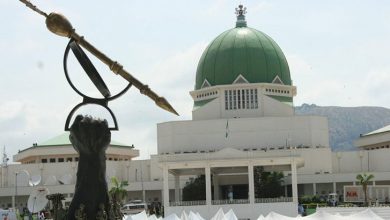 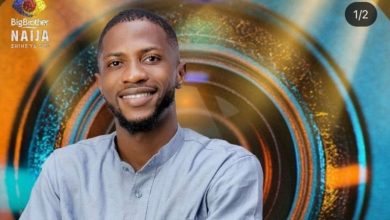 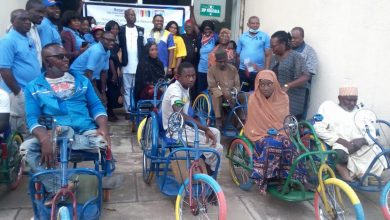