German giants Bayern Munich will travel to Austria for the first leg of their Champions League last-16 tie against Red Bull Salzburg on Wednesday night.

Die Roten Bullen head into the knockout rounds as huge underdogs but they can be encouraged by Bayern’s surprise Bundesliga defeat to VfL Bochum last weekend.

Red Bull Salzburg became the first Austrian side in Champions League history to reach the knockout rounds after finishing second in Group D with 10 points from their six matches, just one point behind group winners Lille.Information Guide Nigeria

Accumulating seven points from their opening three games put Die Roten Bullen in a strong position to qualify, before back-to-back defeats against Wolfsburg and Lille left their last-16 hopes hanging in the balance.

Matthias Jaissle’s men required at least a point against Sevilla in their final group fixture to advance, but they managed to secure all three thanks to a second-half strike from Noah Okafor, which sparked wild celebrations from the Salzburg camp.

At just 33 years of age, Jaissle deserves a lot of credit for steering his Salzburg side into the last 16, in tandem with extending their lead at the top of the Austrian Bundesliga to 14 points, with a ninth successive top-flight crown now theirs to lose.

Salzburg, who have won only one of their last six games against German opposition, now face the daunting task of going up against one of the tournament favourites in the form of Bayern Munich.

Die Roten Bullen will be familiar with the six-time European champions, after locking horns in last season’s group stage. They did, however, suffered defeat on both occasions and conceded nine goals in the process.

Wednesday’s Champions League encounter will be the fourth time Bayern Munich face an Austrian team in the knockout stages of a European competition. In each of their last three two-legged ties, they have progressed to the next round, beating Rapid Wien in the 1966-67 Cup Winners’ Cup and Austria Wien in successive European Cup campaigns in 1985-86 and 1986-87.

However, Bayern failed to win any of their three away games against their Austrian counterparts, and relied on their home form to get them over the line. Such a statistic will give Salzburg confidence, as they have a 100% home record in this season’s competition, beating Lille, Wolfsburg, and Sevilla.

Having said that, Bayern currently boast the longest unbeaten run away from home in the history of the European Cup/Champions League, as they have not lost any of their last 21 matches on the road, and the Bavarians will be strongly favoured to extend this impressive run in midweek.

Salzburg will be without forward Benjamin Sesko due to a muscle injury and the teenager joins Zlatko Junuzovic (heel), Albert Vallci (Achilles), Bryan Okoh, Bernardo, Sekou Koita, and Ousmane Diakite (all knee) on the treatment table.

Nicolas Capaldo started in last Friday’s 2-1 league win over Rapid Wien, but having made all five of his Champions League appearances as a substitute this season, the Argentine could be replaced by Nicolas Seiwald, who is likely to join Mohamed Camara and Luka Sucic in centre-midfield.

USA international Brenden Aaronson is expected to continue in an advanced midfield role in behind strikers Karim Adeyemi and Okafor, who have scored 30 goals between them across all competitions this term.

As for Bayern Munich, they will be without first-choice goalkeeper Manuel Neuer for the next three to five weeks after he underwent knee surgery earlier this month, so Sven Ulreich is set to retain his place between the sticks.

According to the recent report from sportsmole.cu, Nagelsmann has revealed that Alphonso Davies is on the road to recovery from myocarditis, but the Canadian remains sidelined, while Leon Goretzka (knee) and Jamal Musiala (COVID-19) are also ruled out.

The German boss named an attacking lineup in the defeat against Bochum which included Thomas Muller, Serge Gnabry, Kingsley Coman, and Leroy Sane; however, one of the latter three could drop out for Corentin Tolisso, who may start in a deeper midfield role alongside Joshua Kimmich.

Full-backs Benjamin Pavard and Lucas Hernandez are set to retain their places in the first XI, as are centre-backs Niklas Sule and Dayot Upamecano, while talisman Robert Lewandowski – who has scored 37 goals in just 30 games across all competitions this season, including nine in six Champions League starts – will lead the line-up front.

Contents on this website may not be republished, reproduced, redistributed either in whole or in part without due permission or acknowledgment.
.
Proper acknowledgment includes, but not limited to (a) LINK BACK TO THE ARTICLE in the case of re-publication on online media, (b) Proper referencing in the case of usage in research, magazine, brochure, or academic purposes,.
.
All contents are protected by the Digital Millennium Copyright Act 1996 (DMCA).
.
We publish all contents with good intentions. If you own this content & believe your copyright was violated or infringed, please contact us at [infoguidenigeria@gmail.com] to file a complaint and we will take necessary actions immediately.
Tags
Bayern Munich Football News Red Bull Salzburg Red Bull Salzburg vs. Bayern Munich Sports

Reasons We Are Not Joining ASUU Strike — Ojukwu University 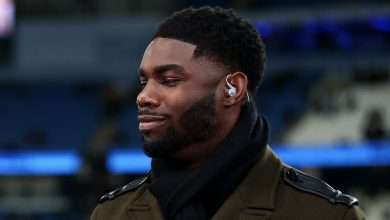 Micah Richards Picks Chelsea Defender As The Best In EPL 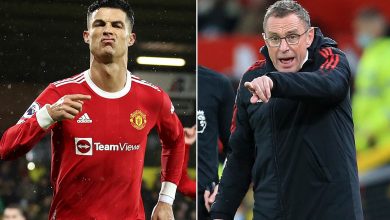 ‘Why did you take me out?’- Rangnick explains Ronaldo sub 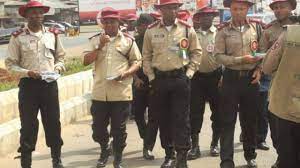 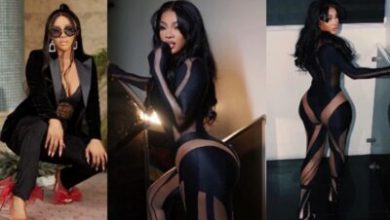 “Why I Acquired New Pairs Of Ny@sh”— Media Personality, Toke Makinwa Shows Off Her Banging Body