The Nigeria Immigration Service (NIS) has said that the international passport of the ex- Rivers Governor, Sir Peter Odili, was seized by its officers on the order of the Economic and Financial Crimes Commission, EFCC.

The agency prayed the high court to dismiss a suit instituted by the former governor to compel the release of the passport to him.

Mr Jimoh Abdulkadir Adamu, the Counsel to the Immigration, while defending the action of his clients presented a letter by EFCC ordering Immigration to seize the passport because Odili was on the watchlist for some infractions.

Adamu also asked the court to reject the case because the name on the seized international passport did not tally with the name of Peter Odili that instituted the court case. jamb results

Odili’s passport was on June 20, 2021, seized from him by the Immigration Service personnel on his arrival from a trip to the United Kingdom.

Justice Inyang Ekwo has however adjourned the case to October 18 for judgment in Odili’s suit challenging the seizure of his international passport by the Nigeria Immigration Service.

Ekwo fixed the date after taking arguments from Chief Ifedayo Adedipe SAN who stood for the former governor and Mr Jimoh Adamu who represented the NIS and its comptroller-general.

Contents on this website may not be republished, reproduced, redistributed either in whole or in part without due permission or acknowledgment.
.
Proper acknowledgment includes, but not limited to (a) LINK BACK TO THE ARTICLE in the case of re-publication on online media, (b) Proper referencing in the case of usage in research, magazine, brochure, or academic purposes,.
.
All contents are protected by the Digital Millennium Copyright Act 1996 (DMCA).
.
We publish all contents with good intentions. If you own this content & believe your copyright was violated or infringed, please contact us at [infoguidenigeria@gmail.com] to file a complaint and we will take necessary actions immediately.
Tags
Chief Ifedayo Adedipe SAN EFCC Federal High Court Abuja Justice Inyang Ekwo Mr Jimoh Abdulkadir Adamu Peter Odili Society News www.efccnigeria.org 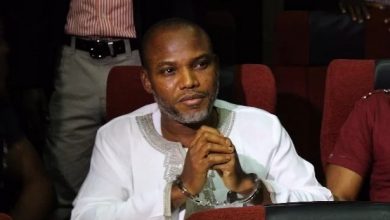 Nnamdi Kanu May Be Blind In DSS Detention – Counsel To Court 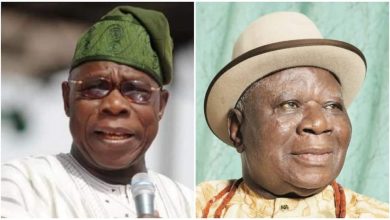 Obasanjo To Clark: Your Language is Poor 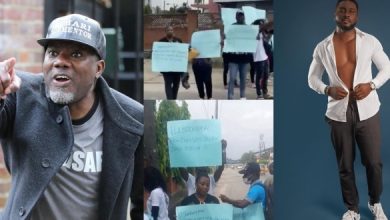 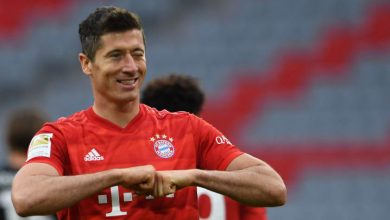