QPR coach John Eustace has emerged as the leading candidate to replace Roy Hodgson at Watford.

The pressures on young footballers in Britain has been laid bare after it emerged that almost 2,500 players have sought professional help with their mental health since 2018 alone.

West Ham have put Chelsea striker Armando Broja (on-loan at Southampton) high on their list of targets as they seek to strengthen following a disappointing end to the season.

Sunderland invited Jobe Bellingham and his family to the Stadium of Light last month as they explore an ambitious move to sign the Birmingham City teenager.

Premier League clubs are weighing up what they are describing as second pre-season tours during the winter World Cup.

Some Championship clubs, desperate not to lose face when it comes to attendance figures, are taking surprising steps to cover up poor numbers.

Borussia Dortmund are readying themselves for the departure of star striker Erling Haaland, with ‘clarity’ around his future expected next week.

Cristiano Ronaldo has told team-mates he intends to stay at Manchester United – but only if Erik ten Hag wants him.

Bournemouth will step up their bid to take Manchester United’s Dean Henderson on loan after confirming their return to the Premier League.

Manchester United have given up their pursuit of West Brom and England keeper Sam Johnstone.

Fred Rutten has revealed that he turned down an offer to become one of Erik ten Hag’s assistants at Manchester United.JAMB Result

Pep Guardiola watched Manchester City strengthen their grip on the Premier League title before a sensational attack on Liverpool claiming that ‘everyone supports the Reds’ as the two sides continue to fight it out for the title.

Luis Diaz finds himself embroiled in a FIFA complaint following his Porto exit in January – the Portuguese club were due to pay an instalment to the Colombian’s former side and failure to do so has seen FIFA made aware.

RB Leipzig chief Oliver Mintzlaff has reiterated the club’s desire to keep Christopher Nkunku on their books this summer.

Barcelona could be prepared to offer a swap deal with Manchester City that would see Bernardo Silva exit the Etihad, with Frenkie De Jong heading the other way.

Mike Ashley is set to make another offer to save Derby County, after American businessman Chris Kirchner admitted talks have reached “an impasse”.

Attendances in the bottom two football divisions were up markedly on the 2018-19 season (pre-Covid), and in League One by more than 1,200.

Gio van Bronckhorst insists Kemar Roofe is in with a shout to face Eintracht Frankfurt as he vowed to push the boat out to make sure the striker is on the plane for the Europa League final.

Nir Bitton is considering quitting Celtic in the summer and returning to Israel after nine glittering years in Glasgow.

Ron Gordon is set to step up his search for the new Hibs boss this week with crunch talks planned with the board – Derek McInnes will be discussed by Easter Road chiefs but there has not yet been any formal approach to Kilmarnock.

Aberdeen are determined to bank a record fee for hot shot Calvin Ramsay as Liverpool step up the chase to land the Pittodrie prospect.

Jamie Walker has sealed his Hearts exit after agreeing a two-year deal at Bradford City.

Contents on this website may not be republished, reproduced, redistributed either in whole or in part without due permission or acknowledgment.
.
Proper acknowledgment includes, but not limited to (a) LINK BACK TO THE ARTICLE in the case of re-publication on online media, (b) Proper referencing in the case of usage in research, magazine, brochure, or academic purposes,.
.
All contents are protected by the Digital Millennium Copyright Act 1996 (DMCA).
.
We publish all contents with good intentions. If you own this content & believe your copyright was violated or infringed, please contact us at [infoguidenigeria@gmail.com] to file a complaint and we will take necessary actions immediately.
Tags
Armando Broja Football News Sports West Ham 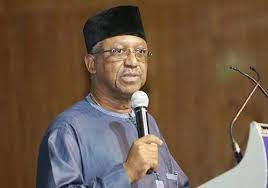 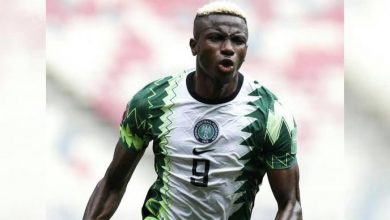 Victor Osimhen: This Is How We Were Treated 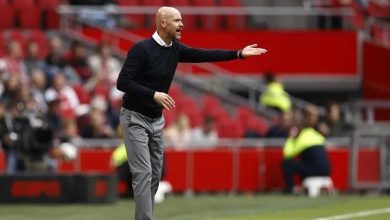 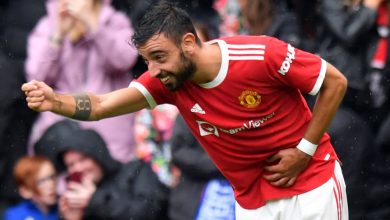