2 public school students, who have adjudged the best footballers at the recently concluded Greensprings/Kanu Football Camp, will be benefited from Greensprings School, Lekki, Lagos on full scholarship, come this September.

THISDAY reports said that, Master Quadri Araromi, from Lalinde Primary School, Oshodi will start primary six at Greensprings, while Master Light Chijioke from Gbaja Boys Junior School, Surulere, will start from junior secondary two, both will complete their secondary education at the school.

The Greensprings/Kanu Football Camp was established in 2012 by Greensprings School and Kanu Heart Foundation to enable children between the ages of five and 17 enhance their football skills. During the five-day camp, children get first class training by coaches from West Bromwich Albion Football Club, UK and Dutch Football Association, Netherlands, supported by coaches from the Lagos State Football Association. The participants also get a lifetime opportunity to receive direct mentoring and coaching from Nwankwo Kanu, the reports said.

Giving vote of thank at the closing ceremony of the camp, held at the Lekki Campus of the school, the reports said, the Executive Director of Greensprings School, Mrs. Lai Koiki, said the event is in line with the school’s objective of reaching all Nigerian children so it engages in activities that will extend its reach, including sports.

She said the scholarship, worth over N20 million includes the provision of accommodation, school uniforms, pocket money and other necessities that will get them immersed in the system, as well as help them to succeed and excel in their academics and sports.

Though they got the scholarship for their prowess in football, Koiki stressed that the school prioritizes education and would ensure that the students put their studies first, the reports said

In his remarks, THISDAY reports said, a representative of the sponsor, Union Bank, Mr. Emmanuel Essien, restated the bank’s commitment to education, sports, and inclusion, as well as its desire to ensure that everyone has the opportunity to be the best that they can be.

While commending the school for the initiative, he said the camp is an example of inclusion because it brought together children from different backgrounds. Apart from sponsoring five students to the camp, the bank also presented a cash reward of N100,000 each to the most valuable female player and four others, the reports revealed.

Speaking also, the reports said,, the Chairman, Technical Committee of the Lagos State Football Association, Mr. Dotun Coker expressed delight that since the inception of the programme, the state team has always produced the beneficiaries of the scholarship.

According to the reports, association endorsed the initiative by Greensprings School because it is a way of giving back to the society, adding that the state sponsors 20 students to the camp annually. He said the Eko Football cuts across all parts of the state and is aimed at creating an effective marriage between education and football.

Contents on this website may not be republished, reproduced, redistributed either in whole or in part without due permission or acknowledgment.
.
Proper acknowledgment includes, but not limited to (a) LINK BACK TO THE ARTICLE in the case of re-publication on online media, (b) Proper referencing in the case of usage in research, magazine, brochure, or academic purposes,.
.
All contents are protected by the Digital Millennium Copyright Act 1996 (DMCA).
.
We publish all contents with good intentions. If you own this content & believe your copyright was violated or infringed, please contact us at [infoguidenigeria@gmail.com] to file a complaint and we will take necessary actions immediately.
Tags
Greensprings School Kanu Football Camp
April 25, 2019
223 2 minutes read
Facebook Twitter LinkedIn Tumblr Pinterest Reddit VKontakte Share via Email Print 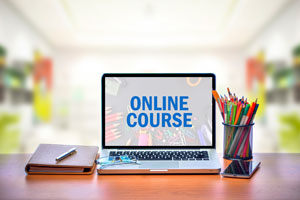 20 Most in-demand online courses in Nigeria and their providers

HVAC Training and Certification In Nigeria, Courses and Training Providers

20 Reasons Why Traveling is the Best Form of Education