Following the suspension of Governor Rotimi Akeredolu of Ondo state by the National Working Committee, NWC, of the All Progressive Congress APC, for engaging in anti-party activities, Atikase an aide to Governor Rotimi, yesterday, took a swipe at the APC, NWC.

The National Chairman of the All Progressives Congress, APC, Comrade Adams Oshiomhole and a leader of the party, Asiwaju Bola Tinubu were accused of having an expansionist agenda.

According to reports gathered by the Vanguard, the party’s NWC will make public the suspension of the governor this week. The committee, according to sources, was waiting to brief President Muhammadu Buhari before the public pronouncement.

A letter of suspension was said to have been sent to the governor through the party’s Vice Chairman (South), Bankole Oluwajana.

Meanwhile, the reports said, an aide to the governor, Mr Atikase had fingered Oshiomhole and Tinubu in the travails of his principal. “Akeredolu is a principled man who does not play politics with anything goes. “He will not allow anything that is not right to be done. Tinubu and Oshiomhole should not rule the party for their expansionist and narrow agenda.

“All I can see is the aftermath of the defeat Tinubu suffered when he sponsored Alliance for Democracy, AD, against Akeredolu in 2016. Celebrating Nigeria’s political titan and ‘primus inter pares’ at 67 “What disciplinary action did the party put in place? Oshiomhole, on the other hand, wanted his candidate to be picked after him in Edo but Akeredolu supported the man on seat-Obaseki. Adams was very angry so he became Chairman of the party to witch-hunt our Governor. “All I know is that Ondo people will determine who governs them. The God who brought Akeredolu to governance is not dead but reigns supreme over them,”  Atikase said.

However, a loyalist of Tinubu in Ondo state, Tolu Babaleye said Tinubu should not be dragged into the alleged governor’s indiscipline. Babaleye also on his Facebook page said: “What concerns Tinubu with this suspension? Is Akeredolu not guilty of anti-party activities? I hate pretenders and I know they won’t make heaven.” Babaleye said:

“Let him answer the query and explain why he worked for AA in Ondo State to the extent that money meant for APC was hijacked and used to work for AA. Now you are passing the buck and trading name over nothing. “Akeredolu is working no doubt but this is party politics where anti-party is not allowed. The suspension is long overdue and it should extend to the (Ondo) State (APC) Chairman

“Akeredolu was issued a query to explain his role but he failed to reply the query. Was Buhari the only candidate of APC? Show the world the clip of where he campaigned for Senator Omojuwa and Senator Boroffice or any of the House of Reps candidates.

As reliably gathered, according to Vanguard, a member of the NWC has said that the governor failed to show remorse even as he was yet to respond to the query. The source said: “You know we issued him a query and he went about telling people that he was yet to be queried. The worst is that he refused to be remorseful and went about abusing and denigrating the national leadership of the party.

“So, we decided that since he was issuing threats that the APC would lose Ondo State if he is suspended or affected by any decision of the party, we felt he cannot be bigger than the party. “We have to go the whole hog to suspend him and it will be made public anytime soon. We have nothing to fear, the fortunes of our party are dwindling under him and if we could lose while he is governor, it can’t be worse.

“We have read how he has been denying the allegations. But we have evidence of how AA samples of ballot papers were given to some commissioners and advisers in the state. “We have evidence of how he and his cronies have been threatening cabinet members who did not do anti-party as he directed, especially from the North senatorial district of the State.” Akeredolu had through his Chief Press Secretary, Segun Ajiboye, denied being issued a query.

6 Questions to Ask Before Booking a Hotel Room 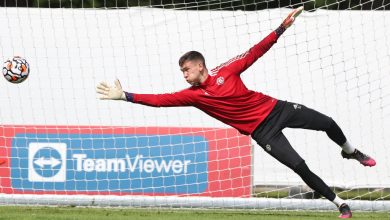 How to Apply For UK Visa from Nigeria 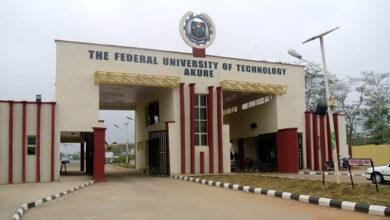