Billionaire business tycoon Aliko Dangote is a Nigerian who was born on the 10th of April 1957 into a wealthy Muslim family in Kano state, Nigeria. His maternal great grandfather Alhaji Alhassan Dantata at the time of his death in 1955 was the richest man in Africa.

The passion for entrepreneurship runs in their blood line. Dangote as a little boy in primary school purchased cartons of sweets and sold them to generate money; his interest in business developed at a very early stage of his life.

He ended up with a business degree from Al-Azhar University in Cairo, Egypt after which he established his conglomerate of companies that operates in Nigeria and West Africa in 1997 with a 500 thousand naira loan obtained from his wealthy uncle Saunsi Abdulkadir Dantata at just 21 years.

His company which is the largest industrial group in Nigeria covers food processing, manufacturing and light. In 1990, Dangote’s proposal to manage the central bank of Nigeria’s fleet of buses was approved.

His sugar refinery dominates the sugar market and refinery business. It is the dominant supplier of sugar to Nigeria’s soft drinks companies, breweries and confectioners. It is the largest sugar refinery in Africa and the third largest in the world, producing about 800,000 tonnes of sugar annually.

He also owns salt factories, flour mills, a petrochemical plan, a fertilizer processing complex and is a major importer of rice, fish, pasta, cement and fertiliser.

He has also invested in telecommunications by building about 14,000 kilometres of fibre optic cables in Nigeria.

In 2012, Dangote built facilities for his flour company on a piece of land he was able to convince the Nigerian port authority to lease to him in Apapa port, Lagos state. He is one of Nigeria’s highest providers of private sector employment.

Dangote has never been actively involved in politics, but supported Olusegun Obasanjo in his second tenure by contributing immensely to the re-election campaign in 2003.

He has made many other notable contributions to the national mosque, the presidential library and other philanthropic causes. In 2014, the Nigerian government stated that Dangote had contributed 10 million naira to stop the spread of Ebola in the country.

In 2010, It was speculated that Aliko Dangote was interested in buying a 16 per cent stake in premiership side Arsenal belonging to Lady Nina bracewell smith but he denied the rumours. By May 2015, he expressed intentions of purchasing the same English football team Arsenal. By 2013, Dangote was reported to have added $9.2 billion to his personal wealth, making him the 30th richest person in the world and the richest person in Africa.

Former president Goodluck Ebele Jonathan on the 14th of November 2011 awarded Dangote with the second highest honour, the grand commander of the order of the Niger (GCON) for his massive contributions to the economic development and general wellbeing of Nigeria.

He was also conferred with an honorary citizenship of Arkansas State by Governor Mike Beebe who also declared May 30th of every year as Nigerian Day in his state. FORBES Africa named Dangote as their personality of 2014.

Aliko Dangote is married with several grown up children: zainab, Halima,Fatima and Salma Dangote
In 2013, Aliko Dangote incorporated a charity organisation known as the dangote foundation in Lagos state. It is presently the largest private foundation in sub Saharan Africa endowed by a single donor.

His foundation was created as a vehicle for minimizing the debilitating effects of diseases through prevention and improved access to quality health care and nutrition with a particular reference to children; to reduce the number of children in the streets and to support talented but under privileged young people in achieving their dreams; to support the poor by increasing their income and to respond to people affected by disasters in helping them get new lives.

The foundation partnered with the Bill and Melinda Gates foundation and some northern states in Nigeria to rid Nigeria of polio and improve immunization in northern Nigeria and this effort led to the delisting of Nigeria from the list of polio endemic countries by the world health organisation in 2015.

About one hundred and seventy one bore holes have been constructed by the organisation in northern Nigeria still in a bid to fight polio.

Aside from the fight against polio, the foundation launched a community based nutrition programme in 2016 and constructed 11 primary health care centres across eleven local government areas in Kano state. It also teamed up with the Murtala Mohammed Specialist Hospital to improve health care services by providing new facilities and renovating existing ones.

In 2017, the foundation delivered a new blood bank and laboratory and renovated six maternity wards to assist maternal and child health services in the country.

The foundation has also partnered with the National malaria elimination program to fight malaria in Nigeria. They have also contributed to developing education, small medium enterprises, and played a huge part in the fight against the spread of Ebola in 2014.

The Dangote group, a multinational industrial conglomerate which is the largest leading diversified business conglomerate in West Africa and one of the largest in the entire Africa is owned by Aliko Dangote.

With its headquarters in Lagos State Nigeria, It produces Cement, Sugar, Salt, Flour, Pasta, and beverages with new projects in oil and natural, telecommunications, fertilizer and steel and offers logistics services. It boasts of over twenty six thousand employees.

Dangote cement has a market capitalisation of almost 14 billion dollars on the Nigerian Stock Exchange. It has subsidiaries in Benin, Cameroon, Ghana, Nigeria, South Africa and Zambia.

In December 2010, Dangote cement signed an agreement with the Zambian government to build a $400 million cement plan in Zambia with an expected annual output of 1.5 million metric tonnes of cement.

Dangote sugar, another subsidiary of Dangote group of companies is the largest sugar factory in Africa. Others subsidiaries include dangote flour, pasta, beverage and salt.

9 Ways to Train Your Employees to Deliver Good Customer Service 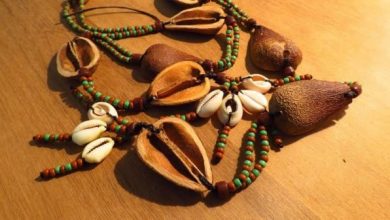 10 Most Powerful Native Doctors in Nigeria 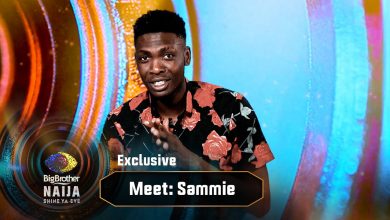