See the 10 best places to work in Nigeria and the reasons why we selected these locations. You might find this interesting if you are very conscious of certain location issues.

Family has to be fed, children has to go to school, house has to be build, car has to be bought and personal needs has to be satisfied. But how can we achieve all this without a good job in a good environment which shows minimal threat to environmental pollution, noise pollution and favourable geographical factors.

Some workers do say that having a job which pays less with a good boss in charge is better than a job with a good pay but with a bad boss in charge. They seem to forget that where you work also goes a long way to determine how long you are willing to stay on your job.

Although some work places may provide a good working environment to their workers but some may not be able to do so and as such, one has to be careful when choosing where to work because sometimes, the question of “how long I’m I going to work here under this conditions” needs to be asked.

Nigeria is a very large country hence the name “the giant of Africa”. A country of over 140 million people with 36 states, each with their God-given mineral resources, great environment and cool cultures. Due to the increased rate of industrialization, some Nigerian states or areas seems to be more populated than others.

A state like Lagos where many industries and business centers are found is always the target of potential investors and entrepreneurs.

Factors to Consider When Choosing a Working Location

Weather condition is a very important factor to consider when choosing a working place. The northern part of Nigeria is hotter than the south and other zones. Some parts are cooler than others like the plateau of Jos while some receive the highest amount of rainfall per annum and as such, any worker who shows allergic conditions to any of this weather conditions should either reconsider his or her decision or make plans on how to cope with them.

2. Lifestyle of the People

You are going to work with machines, you are working with fellow humans, probably Nigerians with either the same or different cultures or state of origin and so, there is a need to get a pre-knowledge on how they operate, what they like and what they don’t like though this one gets acquainted to this particular factor with time.

Lagos is the most popular among the Nigerian Cities. With an area of about 300 square kilometers, this metropolitan is one among the world’s five largest cities.

The traditional inhabitants of Lagos in Nigeria were known as Ekos. Lagos Nigeria was established as a city in the 15th century. Lagos is the main industrial and commercial center of Nigeria. Thus all the business transactions take place from Lagos.

Lagos Nigeria is immensely benefited from natural resources like oil, coal, natural gas, water and fuel wood, making Lagos financially very sound. Due to its high industrialization, it will be a good choice of working place

Eket is a Nigerian city or rather a large town, which is located at an altitude of 511 feet or 155 meters. The geographical coordinates of Eket corresponds to 4.6500 latitude and 7.9333 longitude or 4°39′ 0 North and 7°55’60 south. The time zone of Eket lies one hour ahead of the Coordinated Universal Time (UTC).

The people of Eket are descendants of the Ibibio tribe, who for centuries had occupied the Cross river basin. The economy of Eket used to partially depend on the palm oil products that are traded in the outside market but since the construction of an oil drilling company –Exxon Mobil, it has become an awesome place to be.

Calabar is a city in the southeast of Nigeria. It is the capital of the Cross River State. Previously, the city was the ‘Old Calabar’ town and port.

The city of Calabar has the highest amount of rainfall in Nigeria, around 106 inches. Weather remains more or less the same throughout the year. Calabar trades in fish, cassava, bananas and palm. The city of Calabar is situated beside the Calabar River.

It is placed at a distance of 5 miles or 8 km upstream from the entrance of the river into the Cross River waters. The Efik division of the Ibibio community established the town of Calabar earlier on in the 17th century.

Abuja in Nigeria was established in the 1980s, with the intention to shift the Nigerian capital from Lagos in south Nigeria to central Nigeria. Thus Abuja Nigeria is a newly built city with modern amenities and facilities. The city has been made in a planned way.

Abuja is the most planned and systematically built among all Nigeria cities. The city with minimal pollution and congestion is really an extremely healthy place to live in.

Enugu is a city in Nigeria. It is the capital of the Enugu State. The city has an approximate population of 286,100. The city of Enugu is the center of coal and iron-ore mining.

The city is connected to the Port Harcourt by railway. The city of Enugu is located in south-central Nigeria. It is situated at the bottom of the Udi plateau, on the railroad from Port Harcourt.

The people of Enugu are mostly reliant on a pastoral and agricultural economy. The bulk of the human resource in Enugu is engaged either in agriculture or in some agriculture related work

Ibadan is a city, which lies in the south western part of Nigeria. It is the capital of the state of Oyo. This city is located in a hilly area, which is covered by forests.

Ibadan is an important center for trade. The population of Ibadan is 2,550,593 (Census 2006). Ibadan ranks third in terms of population in the whole country.

Ibadan trades in major agricultural product like cocoa, rubber, timber, palm oil and cassava. Some of the big publishing houses of Nigeria are located here.

Port Harcourt is the chief trade center of Nigeria. There are many neighboring countries of the African continent with which Nigeria has good trading relations.

Therefore Port Harcourt, which is the chief among all the Nigerian ports, is considered as the business hub of the country. Apart from being the main trading center, Port Harcourt in Nigeria is also a great tourist destination. There are many tourist attractions in Port Harcourt.

It is famous as the Garden city of Nigeria and also rich in crude oil. There are many beautiful gardens, lakes and rivers that can be visited. These are included in the sightseeing of Port Harcourt.

Sapele is one of the major Nigeria cities. It is a port town and is counted among the most important ports of Nigeria. The city of Sapele stands on the bank of river Benin, which drains into the Niger Delta. The city is equipped with all the modern amenities of a developed society.

Besides being a port city, the city also houses major industries and is one of the main fishery hubs. The city lures the heart of the visitors with its varied attractions. The city of Sapele also acts as the gateway to the city of Benin.

Gombe is a Nigerian city, which is also the capital of the Gombe state of Nigeria with an average population of about 261,536 natives. The capital city houses the administrative head offices that control the working in all other regions of Gombe. The location of Gombe corresponds to 10.29°North and 11.17° East. The two major tourist attractions in the Gombe region are the Yankari national park and the Wikki warm spring.

Benin City is the name of a city situated in the southern part of Nigeria. It is the capital of Edo State. Benin had been the capital of Benin kingdom that was established in the 13th century.

The city is estimated to have a population of 1,147,188 people (Census 2006). Benin experiences a tropical weather. The city of Benin is the center of the rubber industry of Nigeria.

The timber and Palm nuts that are produced in the nearby places are processed in the city. Carpets and furniture are also made here. The major attractive sites of Benin City are Oba’s Palace, Okada House and Benin City National Museum. In these museums and art galleries some of the important statues of ancient times are preserved.

9 Strategies to Succeed In Hotel Business in Nigeria

Problems and Prospects of Universal Basic Education in Nigeria

How to Become a Professional Digital Marketer in Nigeria

How to Register with COREN, Registration Procedures for Nigerian Engineers 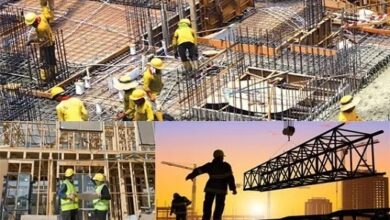 Duties of a Medical Scribe