Top 10 Prominent Crops Grown in Edo State Nigeria . Since the creation of Edo state in 1991, agriculture has been a mainstay of the internal economy of the state, providing food and employment for a majority of the people of the state.

The wet climate of the southern and central regions, dry climate of the northern region of Edo state and the over 1.6 million hectares of arable land makes it suitable for a wide range of crops to be grown successfully on a commercial scale.

This article touches on the top 10 prominent crops grown in Edo state and their economic value.

The rubber tree (Hevea brasiliens) is grown in Edo State mostly in the central and southern areas of the state due to the relatively high rain fall and bright sunlight which is essential for the rubber tree to do well.

The rubber tree is a fast growing tree which can grow up to a height of between 100 to 130 feet when left in the wild. In plantations however, the tapping of latex normally prevents the tree from growing to its maximum height.

The tree is most important for its sap which is tapped by cutting the bark of the tree to release the sometimes white or yellow sap. The rubber sap is the primary raw material for the production of natural rubber. The tree can also be cut down and used for furniture when the production of rubber sap declines.

Rubber is cultivated in Edo State on a pretty large scale and it accounts for the employment of people in the rural areas of local governments in Esan, Owan, Orhiomwon, Akoko-Edo, Ovia and Uhunmwode. The Rubber Research Institute of Nigeria (RRIN) is located in Iyanomo, Edo State.

The cocoa plant (Theobroma cocao) is grown in Edo state in similar locations as the rubber tree. The climatic conditions and soil composition are very suitable for the growth of cocoa.

Cocoa which is the raw material for cocoa mass, chocolate and cocoa powder is a very economically viable crop which is in high demand both locally and internationally.

Cocoa is of immense economic value to the people of Edo state as it has served as a source of employment to the rural farmers and even a foreign exchange earner to Nigeria because of its high international demand.

Oil palm (Elaeis guineensis) is the obvious money spinner crop which is cultivated on a large scale in Edo state. Oil palm is primarily cultivated for its oils (edible palm oil and palm kernel oil) which is extracted from the seeds. Apart from the oils, palm fronds are also used to make brooms.

It has been a source of employment to countless citizens of the state from time immemorial. The economic potential of oil palm to the state cannot be over emphasized hence the location of PRESCO and OKOMU oil palm estate in Edo state.

In fact, the road map, initial seedlings and expertise that set up the successful oil palm industry in Malaysia was taken from the Nigerian Institute of Oil Palm Research (NIFOR), located in Ovia North East local government area of Edo state.

Also known as corn, (Zea mays) it is a large grained seasonal plant which is grown all over Edo State, mostly by small and medium scale farmers. It is usually planted on the onset of the raining season, and is ready for harvesting within a few months.

Maize has a lot of commercial uses such as the production of Fructose Corn Sweetener for the food and beverages industry, processing of ethanol and other products. It is also a major component of animal feed especially pigs and poultry.

Pineapples (Ananas comosus) is a large fruit which is mostly cultivated in the southern and central parts of Edo state but majorly in Uhunmwode Local Government area, which is the chief producer of pineapples in the state, prompting the state government to begin the creation of a fruit juice processing plant in the locality.

Pineapples harvested from Ehor, the local government headquarters are usually taken to fruit juice processing companies all over the country.

Apart from its use as a raw material for fruit juice, the skin of the fruit can be dried and used as cattle and pig feed, while the leaves of the plant are used in the manufacture of high quality wall paper.

Cassava (Manihot esculenta) is probably the most cultivated crop in Nigeria, with Edo state being the second highest producer of the crop, producing up to 200 million tonnes annually.

Cassava is also widely consumed in Edo state in the form of staple cassava flakes (locally known as garri).

The rice plant (Oryza sativa) is regarded as the single most consumed staple food crop in Nigeria. The importation of rice currently costs the entire nation about 360 billion naira annually.

Edo state currently produces rice in Ekpoma, Ilushi, Agbede, Agenebode and the areas around them.

With the appropriate investment, the state has the potential to significantly increase the production of rice to supplement domestic consumption and reduce or completely eliminate the importation cost.

Plantain (Musa paradisiaca) is a very important food crop to the people of Edo state because it provides food as well as employment to a large majority of rural farmers as the state is the largest producer of plantains in the country.

Plantain is readily eaten as food as well as snacks – the popular plantain chips (locally known as kpekere).

Edo state happens to be one of the major producers of cashew (Anacardium occidentale) in Nigeria. The tree is normally cultivated for its apple which is consumed locally or can be processed into a delicious fruit juice and its nut which can also be consumed or processed into cheese or cashew butter.

The shell of the cashew seeds has a host of industrial uses such as in the manufacture of paints, lubricants, oil and acid proof cold setting cements, floor tiles and automobile brake linings.

It is widely known that you cannot separate an Edo man from pounded yam. Yam (Dioscorea) is one of the most common staple foods eaten by the Edo people either boiled or pounded. It is also an important part of numerous traditional and cultural activities.

The local production of yam in the state is currently not enough to meet up with the high demand hence it is also largely brought in from other parts of the country.

Edo state has the potential to be the food basket of the nation. All it requires is the appropriate support from the government and well-meaning individuals to provide the needed capital as well as the skills required to turn the largely subsistent style of agriculture to a commercial one.

We work really hard and put a lot of effort and resources into our content, providing our readers with plagiarism-free articles, original and high-quality texts. Contents on this website may not be copied, republished, reproduced, redistributed either in whole or in part without due permission or acknowledgement. Proper acknowledgement include, but not limited to (a) Proper referencing in the case of usage in research, magazine, brochure, or academic purposes, (b)"FAIR USE" in the case of re-publication on online media. About possible consequences you can read here: What are the consequences of copyright infringement? In an effort to protect our intellectual properties, we may report your website to Google without prior notice and your website be removed from search engines and you may receive a strike. All contents are protected by the Digital Millennium Copyright Act 1996 (DMCA).
Tags
Edo State
Share
Facebook Twitter Google+ LinkedIn StumbleUpon Tumblr Pinterest Reddit VKontakte Odnoklassniki Pocket Share via Email Print 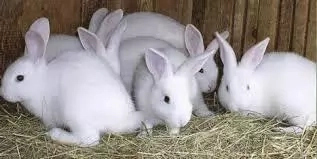 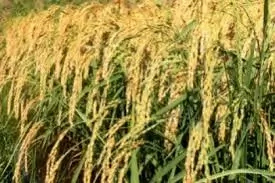 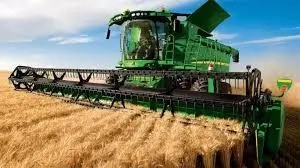