The issue of corruption is quite a controversial one in Nigeria. At the administrative cadre, it is a matter of ‘who takes the blame?’

Within the political circle it is play of accusation and counter accusation. The ruling party takes the lead while the opposition plays the defence.

This is done hand-in-hand with the attempt to correct this problem and set the society loose from the effects.

Corruption comes in different form as well as in different name. It varies with situation, the environment where it occurs and parties engaged it.

Thus, it sounds usual when it is christened ‘consultation’ or ‘consultation fee’( where money is involved), ‘appreciation’, ‘brown envelop’, ‘smartness’ and so on.

Corruption has eaten deep into the fabric of the Nigerian society. It is evidenced in the lowest cadre of the society (the family) as well as the highest (government institutions). Its effects are growing and increasing daily while some people watch with delight as the problem is growing unchecked.

Although the word is high-sounding; the practice involves the “Tell-him-I am-not-around” order of a father to his child(ren) to an unwelcome visitor.

The “money-exchanges-hand” mantra in the public and private sector of the Nigerian organizations is also corruption.

Corruption is simply the practice where the due process for an event or transaction is replaced by or overtaken by improvised mode of operation.

When money and other benefits derive kills due process, corruption must have occurred. In more practical terms, it is when the Senate Standing Orders is allegedly forged and the offenders’ court trial is dismissed for unexplained reasons.

It is when a university lecturer chooses to have a canal affair with a female student or receive bribe from the male counterpart in order to give them marks.

It is when an Invigilator or Examination Syndicate sent to a school for the purpose of ensuring proper conduct during examination is ushered to the Principal’s office for refreshment and paid sum money so that the candidates can have the freedom to cheat in the Exams.

Corruption occurs when appointment into church council is done on the basis of who is most materially influential than spiritually endued, it is a child saying “no” when the truth is “yes”. It is simply a compromise of the right when personal benefit has been received.

The existence of corruption is not independently the subject of contention; rather what it portends for the society is the issue that is worth the concern.

Over the years of the presence of corruption in Nigeria has:

1. Stained the Image of the Nigeria and Given Nigerians Bad Reputation

so many Nigerians must have been very upset when the British Prime Minister said that “Nigerians are fantastically corrupt.

However, no one had settled back to examine what gave him the impetus to say such a thing about the country.  Before you accuse me of trying to justify this man’s misused of words, I should quickly say that I am neither doing that nor intending to do so.

However, let us understand that every of our actions and body languages communicate effectively to the people watching us.

Abacha’s looting and eventual transfer of the looted money to the Swedish banks and Alamieyeseigha’s mystical escape to Nigeria from Britain are few of the many cases that have told our stories,  stained our image and presents us as people one should be careful with.

Truly, though we can adopt we say that it is stereotype, we must know that individually and collectively we have alter the good regional and global impressions about Nigeria.

the meaning here is that the value that was placed on merit has been fast replaced with promoting mediocrity. When a person who merits an appointment into a position is ignored for the other that does not on the grounds of any benefit to be gotten. a second-rate must have been celebrated.

This discourages people from doing things right and following the due process to get a particular thing done. This is already the experience in the higher institutions of learning where student prefer to sort a course lecturer than sit back to prepare adequately for examination.

The political scene is also victim of this as many unqualified people bribed their way to many positions. The import of this is that we are consciously recycling vicious circle of incompetence where the people given positions hardly know the basics of such position. This, as we know, is not going down well with Nigeria.

3. Endangers the Growth and Development of the Country

The uncompleted projects like roads construction, electrification , construction of pipe-borne water e.t.c that has been abandoned.

This is because it was given to contractors who were willing to cooperate by paying mount-watery percentage of the money.

The administrative cadre of the country is occupied by people that do not have the slightest idea of what it means to administer a society.

Hence, they can hardly envisioned and execute programmes that boost the development of the society. How do we explain a situation where half-baked graduates are churned out to the society?

the greatest challenge of leadership in the Nigeria, is having the wrong people in leadership position of the country as a result of corruption.

This is the hindrance to effective management and utilization of the country’s numerous resources. Over the years, the visionless and selfish individuals who worked their way to leadership position in the country have only worsened the poor conditions of the masses.

Their private interest has always overwhelmed public interest in their attempt to make up for what they spent to get to the position.

under the regime of corruption, the concept of “money exchanges hands” holds sway. This means that ‘you used money to get money’ concept is more pronounced in this system.

When this is the case, the poor person who is materially not well to do is relegated to the background. Hence, he becomes poorer while the rich becomes richer.

This raises the fear of the possible abuse of the right of the poor and unequal distribution of the wealth that accrues to the country.

Imagine that the basis of getting employment to the public service is the payment of one hundred and twenty thousand (120,000) naira to one ‘big man’ within the Ministry? How will a young graduate who struggled his way through the university afford this amount of money?

Recently, Supreme Court Judges have been alleged of taking bribes. The cause of concern in this case has been the fate of the common man whose last hope of defence has been compromised.

As the fight against corruption continues, understanding that Nigeria is at the risk of raising a generation of infected young people is very in important. This means that the relevant areas should be touched.

Importantly, everybody involved in the fight should have a clear knowledge of who the enemy is.

We work really hard and put a lot of effort and resources into our content, providing our readers with plagiarism-free articles, original and high-quality texts. Contents on this website may not be copied, republished, reproduced, redistributed either in whole or in part without due permission or acknowledgement. Proper acknowledgement include, but not limited to (a) Proper referencing in the case of usage in research, magazine, brochure, or academic purposes, (b)"FAIR USE" in the case of re-publication on online media. About possible consequences you can read here: What are the consequences of copyright infringement? In an effort to protect our intellectual properties, we may report your website to Google without prior notice and your website be removed from search engines and you may receive a strike. All contents are protected by the Digital Millennium Copyright Act 1996 (DMCA).
Tags
Corruption Corruption in Nigeria
Share
Facebook Twitter Google+ LinkedIn StumbleUpon Tumblr Pinterest Reddit VKontakte Odnoklassniki Pocket Share via Email Print

Daniel Eyo is passionate writer on contemporary Nigerian issues. He is a male and currently in his 20s. Presently an undergraduate with the University of Uyo, Akwa Ibom State in Nigeria where he resides. InfoGuide Nigeria is a team of Resource Persons and Consultants led by Ifiokobong Ibanga. Page maintained by Ifiokobong Ibanga. If you need a personal assistance on this topic, kindly contact us.

11 Effects Of Colonialism In Nigeria

How To Register As An UBER Taxi 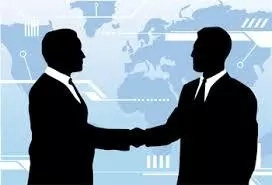 The Role of Education in Human Resources Development In Nigeria