Folarin Falana popularly known as Falz the bahd guy is a Nigerian rapper, singer and actor. He was born in Lagos, his state of origin to prestigious and prominent lawyers Femi Falana (Senior Advocate of Nigeria) and Funmi Falana on the 27th of October, 1990.

He has two other siblings. Folarin started his primary education at Saint Leo’s catholic primary school Ikeja and his secondary education was at Olashore international school, Osun state then he went ahead to the University of Reading in the United kingdom to pursue a degree in law.

He returned back to Nigeria after graduation and went to the Nigerian law school, Abuja. Falz was eventually called to bar in 2012.

The artist began singing back in his days in Olashore international secondary school in Osun state, where he formed a group called “The School Boys”, with his friends and in his church choir.

His journey as a musician officially began in 2009, when he released his first single which officially launched him into the entertainment industry.

Falz is a multi talented entertainer who apart from being a qualified legal practitioner, sings and can qualify as a comedian as a result of his unique sense of humor even though he has boldly stated that he is not one.

His Ello bae comedy skits on Instagram are very hilarious and enthralling as he dishes a thick, falsified and hilarious Yoruba accent The skits made him more popular as a lots of people on social media got know him.

His ability to infuse this sense of humor into his music is a plus on his career as his commercial value increased. His creativity is widely accepted and celebrated in a way that lots of people anticipate his performances either in movies,on stage or at events as a presenter.

He has so far not fallen short of the expectations of his fans.
He carved the moniker Falz from his name Folarin and Bahd Guy is an acronym for brilliant and highly distinct.

In 2009, he released a mix tape “SHAKARA” and three singles ‘Wazup Guy”, High Class” and “currency” which aided in strengthening his profile in the music industry.

In 2014, he released his debut album “Whazup Guy” which had “Marry Me” the hilarious single that featured Yemi Alade and Poe as it’s hit single.

In early 2015, Falz eventually released a single to his comedy skits “Ello bae” and later in the same year. A second album “Stories that touch” was released.

He has worked with amazing songstress SImi on two singles “Jamb question” and “Soldier”, In October 2016, he teamed up again with simi to produce “CHEMISTRY” a seven tracked EP.

The professional chemistry between these two was so good that the public speculated that they were a couple in love, fans looked forward to the union with excitement.

The speculations turned out to be false as Simi announced that she was dating the Orente crooner, Adekunle Gold. Falz hosted The headies 2016 awards which is considered to be the Grammy Awards of the Nigerian Entertainment industry along side Adesuwa Etomi and he did excellently as a presenter and host. He is evidence that a good sense of humor sells.

Falz has described his style of music as Whazup music which is a fusion of comic lyrics and hip hop in a mimicked Yoruba accent that sets him apart from the crowd and communicates his intelligence, dexterity and creativity.

Falz has acted in several Nollywood classics, he still plays the role of Kayode in Tinsel and Segun in Funke Akindele’s comedy series Jenifa’s diary.

In June 2017, Falz asked his fellow artistes on social media to desist from glorifying fraud through their song lyrics. He insisted that artists need to get rid if the idea that cyber crime, fraud and a fake life style is praise worthy.

This did not sit well with some of his colleagues like 9ice whose lyrics were quoted by Falz in his message. 9ice responded defensively and social media was thrown into frenzy but both parties later arrived at an understanding.

Songs And Collaborations of Falz

Deals, Endorsements And Net Worth of Falz

Bagging deals and endorsements cannot be a challenge for Falz the Bahd Guy because of his unique sense of humor and the huge fan base he appeals to.

Falz also had a deal in 2015 with Web mall NG an online shopping store and with MTN a mobile telecommunications company.

He is also a regular at coke studio Africa which is usually hosted in Nairobi, Kenya East Africa.
Although Falz comes from a wealthy family, he has worked really hard at becoming a commercial success and risen to stardom in a faster pace than most upcoming acts. He now owns his own music label ( Bad boy records) with massive hits and is worth over fifty (50) million naira.

Awards And Nominations of Falz

Nigerian Entertainment Awards 2015 – Best Collaboration of the year (marry me)

Contents on this website may not be republished, reproduced, redistributed either in whole or in part without due permission or acknowledgment.
.
Proper acknowledgment includes, but not limited to (a) LINK BACK TO THE ARTICLE in the case of re-publication on online media, (b) Proper referencing in the case of usage in research, magazine, brochure, or academic purposes,.
.
All contents are protected by the Digital Millennium Copyright Act 1996 (DMCA).
.
We publish all contents with good intentions. If you own this content & believe your copyright was violated or infringed, please contact us at [infoguidenigeria@gmail.com] to file a complaint and we will take necessary actions immediately.
Tags
Falz Music Songs 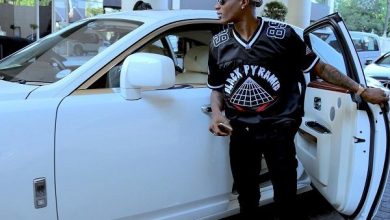 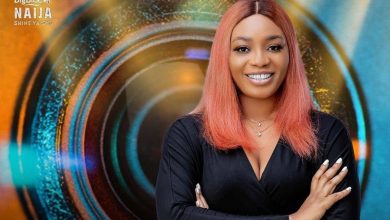