One of the best traditions that have been preserved by the Fulanis is their marriage ceremony. Marriages in Nigerian tribes are sacred but among the Fulani, a lot of spirituality and traditional values are accorded to marriage. In this article you would learn about one of the greatest nomads in the world and how they marry of their daughters.

They speak Hausa, French, English and Fulfulde or Fula language. The Fulani people are Muslims and they follow Islamic laws like the Hausa’s.

The Fulani people are one of the most widely spread tribes in the world. They are predominantly found in West Africa and northern parts of Central Africa. Some of these countries include; Nigeria, Guinea, Mali, Burkina Faso, Cameroun and Senegal. The Fulanis of Nigeria are mainly pastoral; they move across a vast areas of land and come across different cultures.

The Fulanis can be easily recognized by their physical appearance. They have slender bodies with sharp pointed nose and long dark curly hairs. The Fulani tribe are growing rapidly across Nigeria and are gaining a lot of political, economic and religious influence on Northern Nigeria.

History and origin of the Fulani people

The origin of the Fulani people has been presented by many scholars with different views. Some put that they are of Judaeo-Syrian origin while some other scholars believe they are from the Arabian Peninsula and migrated to Senegal.

But the most concrete evidence shows the Fulanis came from the Middle East and North Africa and moved downwards to Central and West Africa from Senegal.

The Fulani were said to have started from the Berber people of North Africa. They then moved down to Senegal where they spread to other West Africa countries.

The Fulanis will for over a period of 1000 years; from AD 900 to 1900 continue to gain dominance even subduing tribes with lesser influence.

They will spread out of Central and West Africa moving eastwards and are reported to be found in Ethiopia. Over this period, the Fulanis will come in contact with diverse tribes adapting to some of their customs and traditions.

The Fulani adopted a nomadic lifestyle traveling several miles in search of the best grazing land for their cattle. Some Fulanis will settle down around farmland and towns to start a family and live in very small close groups.

Traditional marriage rites among the Fulanis

Traditional marriage among the Fulani is unlike most tribes in Nigeria. Most of their men marry in their early twenties while their women marring in their early or late teens.

The Fulani people practice a system of marriage known as endogamy; whereby marriage is kept within the ethnic group.

This custom is slowly been abandoned by present generations; marrying people from other tribes majorly among the Hausas, whom they share the same religion.

Marriage to other tribes who practice religion apart from Islam is rare and hardly ever happens.

The Fulani men are allowed by their tradition to marry more than one wife if they wish, as long as they can take care of them.

They are also expected by their custom to marry off their first cousins before considering other wives. This is done to keep the tribe stronger and also to keep the wealth among their tribe.

The Fulanis tend to stay longer in marriage hence separation through divorce is rare. When separation occurs due to death of spouse, the Fulani seldom remarry and when they remarry this usually happens within a year of the separation.

Some marriages among the Fulanis have already been pre-arranged even before the birth of their children. In all, marriage is sacred among the Fulani people and every responsible Fulani is expected to marry at some point in time.

The wedding ceremony between Fulani Couple

Marriage among the Fulani is one of the most colourful marriages in Nigeria. It usually occurs in three stages namely;

Sharo is the flogging of the potential groom before the actual marriage. The men usually have their arms akimbo and hold a stick while they dance to drumbeats with chants and incantations. This is done because most nomadic Fulanis are trained as warriors hence they believe the ability to withstand pain and torture are a sign of their strength and courage which are needed in their marriage. The ceremony is usually witnessed by so many people including tribes from other regions and may stretch for several days.

Though this ceremony is also practiced during important ceremonies like during sporting events, and chieftaincy title; the Sharo ceremony during weddings is one of the most colourful events in the Fulani culture. There are usually special renditions by special bards, dance troupes and dances by young maiden. There is also horse riding among the men and beating of loud drums leading to euphoria.

To make the ceremony a delight, the groom is usually accompanied by his friends and relatives who provide support to him during the flogging. Sometimes the groom could be assisted by another person known as a wing man if the groom is unable to withstand the flogging.

This is the most important part in the marriage rites among the Fulani people. At this stage the groom brings his dowry which is usually in form of herds of cattle; this has to be done before the wife can move into his house. The dowry passes from the bride’s father to the bride while the bride’s price which consist of gift items are given directly to the bride. This practice is in strict tradition to Islamic rites but the dowry can also be in form of goats following traditional rites.

Marriage among the Fulani people is usually celebrated with pomp and pageantry. After the traditional marriage rite, the bride is accompanied to her home and she is welcomed by other women. The kabbal which is an Islamic ceremony is usually done after the marriage rites and can be done in the absence of the couples.

4 ways to promote peace in Nigeria 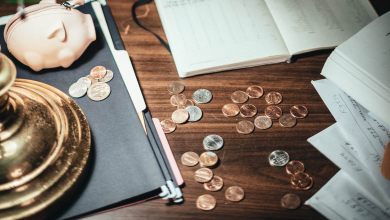