In this post, we write about the 6 geopolitical zones in Nigeria. Here you will the list of states in each zone as well as their economic activities.

What are geopolitical zones in Nigeria? 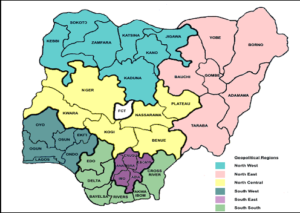 Geopolitical zones in Nigeria are a division in the country created by the military regime of the late General Sani Abacha. The states in each of the zones were carved out and classed based on ethnicity and common political history.

Nigeria is the most populated nation on the African continent. The country is also made up of approximately 400 ethnic groups and 450 languages.

Owing to this diversity, there was a need for the government to merge similar groups/states for effective and fair allocation of resources. And, thus the geopolitical zones. In this grouping system, Nigeria’s economic, political and educational resources are shared among the zones.

6 geopolitical zones in Nigeria, their States, and their economic activities

The 6 geopolitical zones are;

Because each of the states in the zones occupied a common geographical location, they were more likely to have the same natural resource, and share a common economic activity.

The states in the South-South, for example, occupied the location of Nigeria’s oil resource and so were mainly oil-producing states. Here in this article, we’ll be looking at the geopolitical zones in Nigeria, their states, and their economic activity.

Also known as the middle belt, the North-central geopolitical zone in Nigeria is a group of states occupying a land area stretching across central Nigeria longitudinally and forming a transition zone between Northern and Southern Nigeria.

This region is the seat of Nigeria’s Federal capital territory, Abuja, as well as being home to Benue, Kogi, Nassarawa, Kwara, Niger, and Plateau states.

One of the major characteristics of this region is a lack of a clear major ethnic/religious group as seen in other regions. The region is thus a convergence between the mainly Islamic North and the principally Christian South.

Because of this ethnoreligious diversity, Afro-Asiatic, Nilo-Saharan. And Niger-congo languages – three of the primary African language families – are spoken in the region.

Also, the ethnic-religious divide in the region has made it a melting pot where small and large ethno-religious groups in Nigeria have long coexisted, and where they are also constantly colliding over land, resources and political power.

Economically, however, agriculture is the main economic activity in this region, especially in states like Benue – popular known as the food basket of The nation – Kwara, Nassarawa, and Kogi.

Agricultural activities like farming and fishing are prevalent in the North-central, and agricultural produce like yam, guinea corn, cassava, rice, soya bean, etcetera are also abundant.

The region is also blessed with a mineral resource, with Nassarawa – popular known as the home of solid minerals – showcasing this abundance with mineral deposits in tin, marble, coal, barytes, aquamarine, semi-precious stones, etcetera.

This region occupies less than one-third of Nigeria’s total land area, and as of 2011, had an estimated population of 23,558,674, which is 13.5% of the countries total population.

Unlike in the North-Central, however, there is a clear majority in the ethnic/religious divide in this region, with the major tribes being Hausa and Fulani, and the major religion being Islam.

Economically, the ethnic/religious centrality also affects the region, as its people are actively involved in livestock and crop production.

Member states like Adamawa, Gombe, Yobe, and Bauchi who are abundant producers of guinea corn, rice, millet, asha, beans, maize, etcetera, continuously showcase the agricultural prowess of the people in this region.

The region, therefore, contributes greatly to the agricultural sector in the country. Mat weaving, embroidery, pottery, fishing, dyeing, and blacksmithing are also actively practiced in this region.

This region was formed from parts of the old Northern region, and comprises of 7 states; Jigawa, Kano, Katsina, Kebbi, Kaduna, Sokoto, and Zamfara. It is the native homeland of the Hausa.

It is therefore populated by the Hausa and the Fulani, and religiously, is predominantly Muslim. It offers a wide range of Islamic beauty and culture, showcasing the rich ethnic and religious heritage of its people.

The region is also predominantly economically active in agriculture, despite it being quite dry and arid. Zamfara, one of the major agriculturally active states in the region, has the slogan “farming is our pride.” There is also an oil refinery in the region in Kaduna.

Initially one of the 12 states created during the civil war, South Eastern Nigeria would later break into present day Akwa Ibom and Cross river states.

It would eventually become one of the six geopolitical zones in Nigeria comprising of 5 member states; Anambra, Enugu, Imo, Abia, and Ebonyi.

Economically, the region is quite diverse, with crude oil production and agriculture being its major economic activities. Abia, Ebonyi and Imo states are the oil-producing states in the region, but they are also actively involved in agriculture, contributing agricultural produces like yam, maize, beans, rice, potatoes, etcetera, to the food barn of the nation.

Also in Anambra state, aside from agriculture, bronze casting, iron works, pottery, and other impressive arts are economically practised.

Comprising of 6 member states – Edo, Delta, Akwa Ibom, Rivers, Bayelsa, Cross River – South-South Nigeria is located strategically at the point where the Y tail of the river Niger joins the Atlantic Ocean through the Gulf of Guinea.

Aside from crude oil, there is also a rich mineral deposit in the region, and some states in the region are also actively involved in agriculture.

This region is special for a number of reasons. First, it is the home of the commercial nerve centre of the nation – Lagos state. And also, it is the academic hub of the country.

See Also: List of 36 States in Nigeria + FCT and their Capital

10 Most Dangerous Neighbourhoods in Lagos, Nigeria 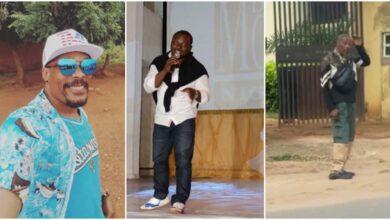