Kogi State Nigeria is one of the most naturally endowed states in Nigeria. The natural resources in Kogi State are in commercial quantities. It is located in the central region of Nigeria bordering about 10 states. They include Niger, Kwara, Ekiti, Ondo, Odo, Anambra, Nassarawa, Benue and Enugu. It is called the confluence state because both river Benue and river Niger meet at the capital, Lokoja.

Coal is found in the following mine in kogi state

Coal is the oldest commercial fuel in Nigeria with production dating from 1916 when 24,500 tonnes were produced.

Iron ore can be found in Itakpe and Okene in Kogi State. Kogi has two major steel complexes namely; Aladja and Ajaokuta steel complex. They process billets which are used in the down-stream sector.

In the Lokoja-Okene areas iron ore occurs as massive bands and lenses. These tabular ore bodies are up to 45m thick, extending for hundreds of metres to over 5km although locally faulted.

The Itakpe Hill deposit is regarded as an itabirite in type and mineable reserves are estimated at 310M tonnes, it is usually mined as a raw material in Ajaokuta steel complex.

The iron ore are also fed to steel rolling mills in Oshogbo, Jos and Kastina steel mills as well as other private steel mills in Lagos and Kano.

An enormous iron Ore was found in Agbaja, Kogi State by an Energio Limited An Australian Company, the Ore is about 13.9km2 and 9km2 represents about 15 percent of the potential areas as well as 9.2 per cent of the company’s 151km landholding for Iron

Limestone is found in commercial quantities in kogi, Nigeria. Obajana in Kogi has the largest deposit of limestone with reserves of 647 million tonnes expected to last for about 45 years. Dangote Cement, Africa’s biggest cement producer has built one of its largest plants in Obajana in Kogi state.

Obajana cement plant has a capacity of 13.25mt with four production lines. It uses gas to power its kilns and power plants.

Gold is found in the northern part of Kogi and it occurs with a range of base-metal sulphides. Crude oil can be found in Odeke in Ibaji Local Government Area of Kogi State.

The government of Nigeria is planning on building a Greenfield Refinery in Kogi State which would be integrated with an industrial hydrocarbon park designed to convert natural gas and refined petroleum products into hydrocarbon derivatives. The refinery is expected to produce about 300,000 metric tons of Liquefied Petroleum Gas per annum.
How To Invest In Kogi State Natural Resources

For investors to be able to mine the minerals resources in Kogi State, the investor would first incorporate their company through the Corporate Affairs Commission (CAC). The company must then register with the Nigerian Investment Promotion Commission (NIPC) before commencing business.

Secretary to the Kogi State Government

Kogi State offers the best return on any investment as seen by the Dangote Cement factory in Obajana, Kogi State. The natural resources in Kogi State are still grossly under-exploited.  It offers incentives such as exemption for temporary imports, access to business services including recruitment support, logistics, integrated customs services, Provision of basic infrastructure, duty free importation of raw materials and many other incentives. For more details visit: Investinkogi

We work really hard and put a lot of effort and resources into our content, providing our readers with plagiarism-free articles, original and high-quality texts. Contents on this website may not be copied, republished, reproduced, redistributed either in whole or in part without due permission or acknowledgement. Proper acknowledgement include, but not limited to (a) Proper referencing in the case of usage in research, magazine, brochure, or academic purposes, (b)"FAIR USE" in the case of re-publication on online media. About possible consequences you can read here: What are the consequences of copyright infringement? In an effort to protect our intellectual properties, we may report your website to Google without prior notice and your website be removed from search engines and you may receive a strike. All contents are protected by the Digital Millennium Copyright Act 1996 (DMCA).
Tags
Kogi State
Share
Facebook Twitter Google+ LinkedIn StumbleUpon Tumblr Pinterest Reddit VKontakte Odnoklassniki Pocket Share via Email Print

7 Benefits of Social Media to Businesses

8 Tips to Stop Menstrual Cramps both Naturally and Medically

List of Solid Minerals in Nigeria and Where to Find Them 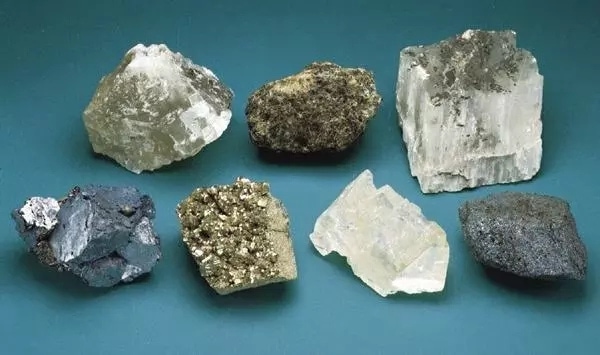 List of Solid Minerals in Nigeria and their Locations