In this article – Omotola Jalade-Ekeinde – 6 Things you didn’t know about Her, we present an amazing biography of a Nollywood Super Celeb. Early Life, Education, Career, Achievements and more…

Omotola Jalade, who was born on 7 February 1978 is who is originally from Ondo but resident in Lagos State. She is an actress, songwriter, philanthropist, model and a singer.

She made debut into Nollywood (Nigerian movie industry) in 1995, and has appeared in over 300 films to her credit ever since. Omosexy as she was fondly called is from a family of 5 (hetself, her parents and 2 brothers – Tayo and Bolaji), and happened to be the only girl in the family.

During an interview, she recounted she was pampered by her dad because she was the only girl in the family. She was born into the Methodist home of now late Mr. Shola Jalade who worked as the manager of Lagos Country Club, Ikeja.

In 1991, her father died and she was still in secondary school at the time. She disclosed in an interview that she was closer to her dad more than her mom. And after school she would prefer to go and stay with her dad at work instead of going home to meet her mom.

Omotola never planned to go into showbiz as she wanted to build a career in business management. But while waiting for her JAMB (Joint Admission and Matriculations Board) result, she started modelling to make ends meet.

Omosexy modeled for 2 years before going into acting. She is Nollywood screen goddess now.

Omosexy moved to the prestigious Command Secondary School, Kaduna State. After her secondary education, she felt she needed to further her education.

So, she studied Estate Management at Yaba College of Technology, Yaba in Lagos State. She was already doing so well in movie when she was in school.

A. Acting movies: Omotola was introduced into the movie industry when she accompanied a friend to audition. Her first acting role was done in 1995 in the movie, Venom of Justice directed by Reginald Ebere.

Surprisingly, as a young talented star, Reginald Ebere gave her a lead role in the movie. This kick-started what would later be a flourishing movie career.

In the same year, Omotola got her biggest break in the blockbuster, Mortal Inheritance. The film sold massively across Nigerian states. After this massive success, she never rested on her laurels as she did more blockbusters like The Woman in Me, Games Women Play, Lost Kingdom, Blood Sisters, etc.

At this point, she was rated one of the biggest faces of Nollywood movie industry. Her immeasurable inputs contributed to the growth of Nollywood across Nigeria and beyond.

The movie that shot her into her present status as one of the most influential people in the world was Ije: The Journey. She played alongside Genevieve Nnaji. This movie was the highest ever selling Nollywood movie at the time.

It was premiered in many cinemas across US, Europe, Ghana, South Africa and Nigeria. At each cinema, it attracted massive audience. The movie was shot in Jos, California and Los Angeles.

Last Flight To Abuja is the 2nd highest grossing movie in West Africa cinemas in 2012. She has acted in about 200 films when she celebrated her 20th anniversary in Nollywood.

Omotola is arguably the biggest export of Nollywood. She is often compared with Genevieve Nnaji who has not done badly for herself in the movie industry.
B. Music: After she was reportedly barred from acting for charging high on movie makers before acting, she used the opportunity to try out her hands on music.

She once recounted she loved to sing and dance when she was a little girl. Now she decided to give her singing talent a try. In 2005, she released her debut album, GBA. This album was received by Nigerians with mixed feelings.

The album has some singles like Naija Lowa and The Thing You Do To Me. She later did another album with the likes of Paul P and Del B exhibiting their musical panache in the album.

This album was titled, My, Myself and Eyes. The album was mainly made of pop and rock genre. some of the songs on this album include Feel Alright feat Harrysong and, Through the fire featuring Uche
C. Reality Show: In what appeared as a bid to prove she was really multi-talented and not hyped; Omotola launched her TV reality show like the Kardashians’ Keeping Up With The Kardashians in 2012.

She titled it, The Omotola: Real Me. It was aired on Multi-Choice DSTV. This show saw her travelling from one country to another just to make the show more interesting to numerous admirers and viewers around the world.

It was a 13-episoode really show that caught the attention of many viewers. This made her the first Nigerian celebrity to star in her own reality show. It is estimated that the show attracted some 150 million viewers.

In 1996, Omotola got married to a pilot, Captain Matthew Ekeinde after he had known Omotola when she was much younger.

Captain Ekeinde proposed when Omotola turned 18. They had a proper wedding onboard a flight from Lagos to Benin in 2001 – it is one of a kind at the time.

Well, Captain Ekeinde is 10 years older than her. In 1997, Omotola gave birth to her first child. The couple had 4 kids together, and they are Princess, M.J., Meriaiah and Michael Ekeinde.

Her family lives in a comfortable mansion in Lagos. She is the first Africa celebrity to ever get 1 million likes on Facebook. Omotola is a very vocal actress that always criticizes government misrule on twitter.

Omotola Jalade Ekeinde is always ranked one of the richest actresses of Nollywood movie industry. She is rumored to be worth close to N100million.

Her official website is www.omotola.tv. A chieftaincy title was conferred on her in 2013 in her hometown of Ondo State in South West Nigeria.

She was honoured by paramount ruler of her hometown Oba Kiladejo. Part of what propelled Omosexy to stardom was her stunning beauty and hourglass shape.

During one of her interviews on Ndani TV’s The Juice, her hourglass shape was compared to that of Toolz. Her car’s number plate is customized OMO-T.

Read: 15 Ways to Become a Celebrity in Nigeria

She has won so many awards and has always been recognized in many fora. Some of the awards and recognition include:
The Movie Awards (1997), Global  Recognition Award (2004), Africa  Movie Academy Awards (2005), MTV Africa Music Awards (2014), Times’ 100 Most Influential People in World (2013) 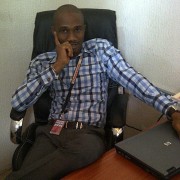 How to Start Cooking Gas Selling Business in Nigeria 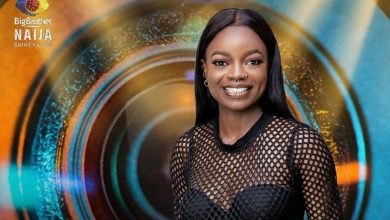 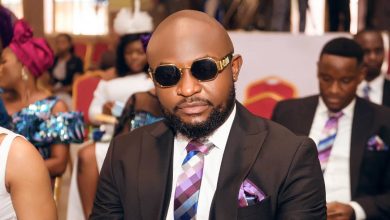