The origin of Christmas you probably didn’t know about. Every year, at the 25th day of the the last month, Christmas is celebrated in so many countries.

It is good to know the history of a holiday you celebrate and is widely accepted, so here is the origin of Christmas celebrations.

Christmas is generally said to be celebrated to commemorate the birth of Jesus Christ on the 25th of December. This assertion doesn’t seem to add up as Jesus could not have been born on that particular day because shepherds never take their flock out in the cold as the animals may die of cold and they may also die as well.

A certain theory to explain the choice of December 25 for the celebration of the birth of Jesus is that, the purpose was to Christianize the pagan festival in Rome of the Dies Natalis Solis Invicti, meaning “the birthday of the Unconquered Sun”, a festival inaugurated by the Roman emperor at the time, Aurelian to celebrate the sun god and celebrated at the winter solstice, December 25.

Celebration of the winter solstice was in honour of the Pagan god Mithra, and therefore forbidden by the Early Church. The customs survived anyway and it didn’t take alot to tempt Christians to join others enjoying the solstice feast.

This prompted the Church to provide an alternative festival in honour of the birth of Christ, where celebrations were definitely in order, and given the date chosen by the Church clashed with the existing feast, which lessened the temptation for Christians to backslide.

It is also possible that early church leaders needed a holiday to distract Christians from the many pagan revelries occurring in late December. One of which was The Saturnalia, a week-long festival celebrating the Romans’ favorite agricultural god, Saturn.

At the 4th century, the date for the winter solstice had moved to 25 December and Pope Julius declared that Jesus’ birthday celebrations would also be on that day.

The colors of Christmas decorations are red, green, and gold. The Red color symbolizes the blood of Jesus, which was shed in his crucifixion, while green symbolizes eternal life, and in particular the evergreen tree, which does not lose its leaves in the winter, and gold is the first color associated with Christmas, as one of the three gifts of the Magi, symbolizing royalty.

Although, It is suggested that the Yule log and, indeed, the “other” name of Christmas, Yule, are of pagan origin. The apples, fruits, and nuts that decorated the original Christmas trees were all symbols of fertility, as is the use of any evergreen.

The Christmas tree is considered by some as Christianisation of pagan tradition and ritual surrounding the Winter Solstice, which included the use of evergreen boughs, and an adaptation of pagan tree worship which involves human sacrifice under Thor’s oak.

Christmas includes elements of the Roman feast of the Saturnalia and the birthday of Mithra.Saturnalia was an ancient Roman festival in honour of the deity Saturn, held on 17 December of the Julian calendar and later expanded with festivities through to 23 December.

The holiday was celebrated with a sacrifice at the Temple of Saturn, in the Roman Forum, and a public banquet, followed by private gift-giving, continual partying, and a carnival atmosphere that overturned Roman social norms: gambling was permitted, and masters provided table service for their slaves.

Mithra on the other hand, is a judicial figure, an all-seeing Protector of Truth, and the Guardian of Cattle, the Harvest and of The Waters.

Persian legends of Mithras says that He was born of the Sun God and a virgin mother, called “the Mother of God”, on December 25th.

They saw him as a symbol of justice, truth, and loyalty.
The name Santa Claus can be traced back to the Dutch Sinterklaas, which means simply Saint Nicholas. Nicholas was a 4th-century Greek bishop.

The figure,
St. Nicholas is commonly linked to Odin, the ruler of Asgard, one of the major gods in Germanic mythology who was depicted as a white-bearded man with magical powers.

Odin’s ties to Santa Claus may be more pronounced than any other ties to different characters in the past. The winter solstice, also known as Yule, was a time when Odin led a hunting party, known as the Wild Hunt.

The Wild Hunt is an European folk myth involving a ghostly or supernatural group of huntsmen passing in wild pursuit.

The hunters may be either elves or fairies or the dead, Odin is said to be their leader riding on a mythical eight-legged horse named Sleipnir.

Sleipnir, the mythical horse could leap great distances — a similar trait which the reindeer used by Santa Claus possesses.

Children would leave their boots by the chimney filled with carrots and hay to feed Sleipnir. Legend has it that whenever Odin flew by he would leave gifts by their boots.

This practice was later adopted in relation to St. Nicholas. German Children would leave their socks on the windowsill or bedroom door on the evening of December 25th for the saint to reward them with nuts, fruits and sweets.

Across the European continent, the Wild Hunt appears at various times of the year, but most commonly over the Yule season.

This is not surprising as Yule was regarded as the season in which supernatural visitations were most common. In particular, the spirits of the dead were allowed to return.

It was also believed that Mortals getting in the way or following the Hunt could be kidnapped and brought to the land of the dead.

People also believed their spirits could be pulled away during sleep to join the cavalcade. They also believed that Seeing the Wild Hunt was thought to mean some catastrophe such as war or plague, or at best the death of the one who witnessed it.

Some may still argue that the date of Christ birth predates the pagan ceremonies but this is also without substantial proof.

The date, 25th of December was picked because it is believed that Jesus died on the same day he was conceived, which is the Jewish month of Nisan 14 and so may have been born 9 months after this which falls in December.
Celebrating any holiday is a personal decision. Decision that should be made by you and not anyone else.

Contents on this website may not be republished, reproduced, redistributed either in whole or in part without due permission or acknowledgment.
.
Proper acknowledgment includes, but not limited to (a) LINK BACK TO THE ARTICLE in the case of re-publication on online media, (b) Proper referencing in the case of usage in research, magazine, brochure, or academic purposes,.
.
All contents are protected by the Digital Millennium Copyright Act 1996 (DMCA).
.
We publish all contents with good intentions. If you own this content & believe your copyright was violated or infringed, please contact us at [infoguidenigeria@gmail.com] to file a complaint and we will take necessary actions immediately.
Tags
Christianity Christmas Christmas Vacation 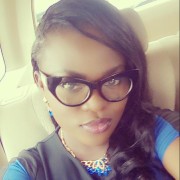 The Role of Religion in Nigeria

The Significance Of Osun Oshogbo Festival

How to Start a Church in Nigeria