A great number of people dread injections especially children and females. Though an injection shot of any medication may hurt at first, it helps prevent something worst than just the pain you get from an injection shot, from happening to you.

Immunization is basically a way of boosting up or building immunity against a disease via vaccination.

Vaccination in turn means, introducing a live, death or weakened form of a pathogen into the body in order to make the body get used to and build defense against it, so that whenever it gets into your body next time, the body just destroys it without giving you any troubles.

Immunization is coordinated and controlled by the National Programme on Immunization (NPI). This body has been suffering recurrent setbacks due to many factors which will be discussed in this article.

At the end of 2011, Nigeria was estimated to have a population of 167 million. The Expanded Programme on Immunization (EPI), introduced in 1978 with the aim of providing routine immunization to children less than the age of two years, recorded initial but intermittent successes.

By 1996, the national data showed less than 30% coverage for all antigens, and this decreased to 12.9% in 2003. This figure which is consistent with the 2003 national immunization coverage survey figures is among the lowest in the world and explains the poor health status of children in the country.

Immunization and vaccination is necessary in order to reduce mortality and morbidity rate in the country. Over two million deaths are delayed through immunization each year worldwide.

Despite this fact, vaccine-preventable diseases remain the most common cause of childhood mortality with an estimated three million deaths each year.

Problems of Immunization in Nigeria

1. Illiteracy, Ignorance or Lack of Enlightenment Towards Immunization

Ignorance, they say, is a disease. Ignorance and illiteracy towards the true objective of immunization has served as an impediment to routine immunization here in Nigeria.

We find children who have been wrongly warned by parents against immunization, running away from the administrators of such.

Immunization aside, religion is one of those factors that is contributing to ill-health in Nigeria. Some religious doctrines forbid their sick members from going to the hospital.

The influence of religion on immunization is common among the Muslims.

Generally, the Muslim north has the low immunization coverage, the least being 6% (northwest) and the highest being 44.6% (southeast).

In Ekiti state (southwest), for example, the northeast and west of Ekiti, with a stronger Islamic influence, has low immunization coverage and also poor educational attainment.

Christians have 24.2% immunization coverage as compared to only 8.8% for Muslims.

These are big stumbling blocks to the success of immunization in Nigeria. Different people in different states misconceive immunization.

The incorrect knowledge regarding the preventive role of immunization in healthcare leads them to believe and practice all sorts of things. Examples of these misconceptions are highlighted below:

A quantitative research conducted in six states in 2004 reveals that in rural Enugu, diarrhoea, fever, convulsion, vomiting and malaria are believed to be vaccine-preventable diseases (VPDs), while in rural and urban Kano, malaria, teething problems, vomiting, convulsion and pneumonia are listed as such.

Furthermore, during pilot community research in March 2005, a number of immunization decision-makers and caregivers in Katsina state stated that only polio immunization is required that once a child has received its polio ‘drops’, it is immunized against all childhood illnesses, including those for which there is no vaccine available, e.g. acute respiratory infection

As long as people keep having this kind of mentality towards immunization, there will always be problems.

Most vaccines require freezing as a means of storage or preservation. The cold chains Nigeria has is now inadequate, some are damaged beyond repairs. This is partly due to the focus on polio eradication, which uses freezers.

Based on the results obtained during the supervision of these cold rooms, it was observed that in one zonal store, only one of the three cold rooms was working, with only a single compressor operational, and that, at the state level, the cold stores are poorly equipped and badly managed.

More than half of the refrigeration equipment is either broken or worn out. In the eight states visited, 47% of the installed solar fridges were broken and $205,000 worth of solar equipment remained uninstalled.

Substantial numbers of solar refrigerators have been bought in the last few years; although, a useful addition to these are expensive ($5,000 each) and prone to breakdowns.

5. Shortage of Vaccines and Immunization Supplies

Under the NPI’s, the first mandate is to “support the states and local governments in their immunization programmes by supplying vaccines, needles and syringes, cold chain equipment and other things and logistics as may be required for those programmes”.

However, the supply of vaccines has always been problematic for Nigeria, primarily because funds were not sufficient and were not released on time. For example in 2001 the whole amount was approved but only 61% was released, the late release of funds (April 2001) meant that vaccine had to be bought on the spot market at inflated prices.

In 2002 no funds were released and by March 2003 the funding cycle had only reached the stage of getting the budget approved.

6. Attitude of the Clinic Staff

Most doctors and nurses are known to be very ill-mannered and rude towards patient, which is why most patients prefer a pharmacy to a hospital.

When people with this kind of attitude take on a project as sensitive and demanding of understanding and empathy as this one. The result is obvious, mothers will be discouraged from presenting their children for immunization.

Some illiterate or ignorant parents who deserve a level of enlightenment regarding what’s going on wouldn’t want to risk their child’s life in something they know nothing about, especially now, where the terrorism tension is still high.

7. Low Confidence and Lack of Trust

Lack of confidence and trust in routine immunization as effective health interventions appears to be relatively common in many parts of Nigeria.

For many, immunization is seen to provide at best only partial immunity, e.g. in Kano and Enugu. The widespread misconception that immunization can prevent all childhood illnesses reduces trust because when, as it must, immunization fails to give such protection, faith is lost in immunization as an intervention, for any and all diseases.

Belief in a secret immunization agenda is prevalent in Jigawa, Kano and Yobe States, where many believe activities are fueled by Western countries determined to impose population control on local Muslim communities.

Following the same vein just as religion, politics is also a big barrier to immunization and health care delivery in Nigeria as a whole. The common problems associated with healthcare delivery are usually government related; either doctors go on strike due to unpaid salaries or inadequate supply of funds for the proper functioning of the system.

The boycott of polio vaccinations in the three northern states in 2003 created a global health crisis that was political in origin.

These political problems included low government commitment to ensure the fulfillment of EPI policy as well as over-centralization in the administration of EPI at the federal level of governance in Nigeria.

Other factors which can hinder and therefore pose a problem to immunization includes:

Parent Barriers: failure to present the children due to fear of safety of vaccine, lack of transportation, long waiting at clinic, inconvenient clinic hours.

Contents on this website may not be republished, reproduced, redistributed either in whole or in part without due permission or acknowledgment.
.
Proper acknowledgment includes, but not limited to (a) LINK BACK TO THE ARTICLE in the case of re-publication on online media, (b) Proper referencing in the case of usage in research, magazine, brochure, or academic purposes,.
.
All contents are protected by the Digital Millennium Copyright Act 1996 (DMCA).
.
We publish all contents with good intentions. If you own this content & believe your copyright was violated or infringed, please contact us at [infoguidenigeria@gmail.com] to file a complaint and we will take necessary actions immediately.
Tags
health

10 Problems of Healthcare in Nigeria and Possible Solutions

10 Roles of Youths in Nigerian Politics

Get Pregnant: 10 Tips to Increase your chances of getting pregnant to almost 100% 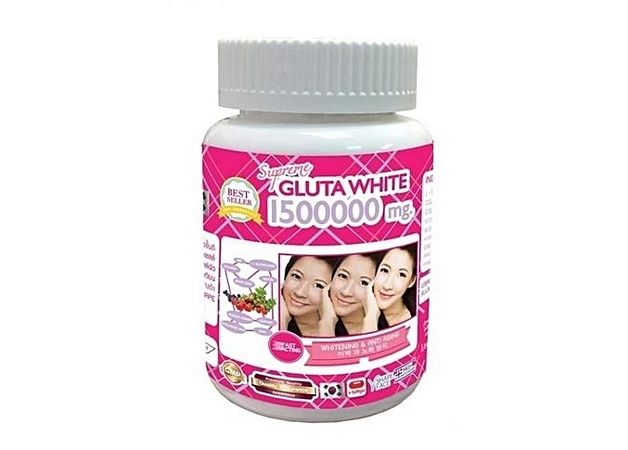 Glutathione price in Nigeria and where to buy


Steps To Start Diaper Business In Nigeria And Tips To Succeed