You might want to ask, who is the richest musician in Nigeria? In this post, we will look at the Forbes Top 10 Richest Musician in Nigeria 2019. The music industry as we all know today is a money spinning industry.

In fact it is one of the highest paying professions in the world although you will need to be at the top of the industry to really have access to the big bucks. It’s amazing to see how much wealth and affluence is displayed by our Nigerian music artist.

Nigerian artists are definitely no newbies to raking in lots of money for their craft. They have released songs that have top charts in Africa and even penetrated global music charts. Their songs have gone viral in recent times and have had world tours to get in contact with their global fans.

Read Also: 7 Ways to promote your music in Nigeria

This article will give you the list of the top 10 richest Nigerian musicians according to Forbes and their net worth.

Olamide is the tenth on the list of richest musicians in Nigeria according to Forbes. He has released a lot of hit tracks which has topped the charts in Nigeria on various occasions.

A “street to riches” story is what his life can be described as. He was born in Bariga area of Lagos Nigeria. Since bursting on to the scene he has maintained the tempo as one of the best rappers.

He is popularly known as Badhoo. He is also the Founder and CEO of his own record label which is also one of the most popular record labels in the country known as YBNL Nation.

Olamide has sold more than 40 million copies of his album globally. He has released some hit songs such as Melo Melo, Story for the gods, Wo!!, Lagos boys etc.

Much of his wealth comes from his collaboration with other artists. He has personal businesses and is also a brand ambassador for a number of national brands.

He recently signed an endorsement deal to the tune of 30 million naira with Ciroc. Guinness Nigeria had to part with the sum of 80 million naira for his services while 9mobile signed him as one of their ambassadors for the sum of 50 million naira. He charges between N3 million to N5 million per show. His net worth is estimated to be N5 Billion.

His real name is Azubuike Nelson CHibuzor, his best friend is Olamide and both of them have been on top of their game for some years now.

Phyno is currently the best Igbo rapper in the country. This hip hop artist has won many awards in recent time. In the process building a reputation that is a mountain to beat.

He is lavishly rich and has a number of bank breaking endorsement deals. Phyno has lots of investments in real estate and other lucrative businesses. He charges from N2.5 million to N3 million per show. His net worth is estimated to be N5.5 billion.

Occupying the number 8 spot is Olubankole Wellingon whose state name is Banky W. His net worth is said to be N6 billion according to Forbes.

Banky W is married to star actress Adesua Etomi. He is the one who gave Wizkid his first break into the Nigerian music scene. He is best loved for his series of romantic songs.

He is a brand ambassador to a number of big organizations and has recently ventured into acting featuring in the record breaking and award winning movie – Wedding Party 1 and 2.

Timaya is a typical Grace to Grace story that many people can easily relate to. Originally christened as, Inetimi Alfred Odon.

According to Forbes Timaya’s net worth is placed at N7 billion. If you’ll want to have Timaya at your show you have to cough out a staggering N8 million. He has endorsement deals with Hennessey and Glo running into millions of naira.

P Square were once at the top of the Nigerian music food chain but have seen been overtaken in recent times. This is majorly due to their breakup.

Currently said to be worth around N8 billion each. They are known to have a number of other businesses, lands, cars and houses both within the country and beyond as well as multiple endorsement deals.

2 Baba is among the richest Nigerian musicians, Highly respected and revered within the industry. You can call him the father of the present generation of Nigerian artist and you’ll not be wrong.

His humility speaks volume making him even more respected among his peers and those outside music circles. He has remained at the top of his game for close to two decades now. 2 baba, whose real name is Innocent Ujah Idibia is married to Nigerian actress Annie Macaulay.

He has been at the top of the rich list of African artist for so long a time. He is a true legend in every respect whose songs are described by many as evergreen. His most popular song “African queen” made him the first African artist to win a MTV award.

His personal record label is known as “Hypertech”. With a number of other businesses and endorsement deals his net worth is placed at N15 billion according to Forbes. Surprisingly though, he charges a fee of about N2.5 million for his gigs.

D’banj is one of the richest musicians in Nigeria. He definitely remains one of the artists to really storm the music scene with such high ferocity especially with his catch phrases.

Also called Koko master, Oladapo Daniel Oyebanjo son of a Military officer was said to have narrowly escaped death at a young age while swimming in a pool is one of the richest music artist in Africa today.

D’banj is not as popular as he used to be during the days of MOHITS Crew which had Don Jazzy at the helm of affairs then. His fortune is placed at N16 billion according to Forbes. He charges the sum of N5 million for shows and events.

Read Also: 10 Tips to Make Money from the Music Industry

As the former boss of MOHITS Crew they stormed and dare I say revolutionized the Nigerian Music scene. Currently the founder and CEO of MAVIN Records, this gifted producer shows no sign of slowing down anytime soon.

He is reckoned to be the riches producer in Nigeria. His biological name is Ajereh Collins. If you want to have the beat for your song produced by Don Jazzy you’ll have to part with s minimum of N600 000. He is estimated to be worth N17 billion by Forbes.

Popularly known as Starboy you’ll wonder if he’s still a boy considering the wealth he possesses. His real name is Ayodeji Ibrahim Balogun broke into the lime lite while at EME records under the mentorship of Banky W.

He is currently making waves internationally and features top international artist such as Drake. With a performance fee of N12 million in Nigeria Wizkid charges more outside the country.

He has since founded his own record label known as Starboy records. He has big time endorsement deals including Globacom and Pepsi. According to Forbes, his net worth is about N20 billion.

Davido is the richest musician in Nigeria currently. Nigeria’s riches musician according to Forbes is Davido with an estimated net worth of N20 billion. His real name is Adedeji David Adeleke.

Since storming the zNigerian music scene he has won a number of awards and currently owns his own record label. Davido is the son of Nigerian Billionaire Dr. Adeleke but has made a fortune himself from his music career.

Davido charges N10 million per show. Recently, Davido purchased a private jet. His net worth is estimated at N20 Billion according to Forbes. See Davido net worth.

We work really hard and put a lot of effort and resources into our content, providing our readers with plagiarism-free articles, original and high-quality texts. Contents on this website may not be copied, republished, reproduced, redistributed either in whole or in part without due permission or acknowledgement. Proper acknowledgement include, but not limited to (a) Proper referencing in the case of usage in research, magazine, brochure, or academic purposes, (b)"FAIR USE" in the case of re-publication on online media. About possible consequences you can read here: What are the consequences of copyright infringement? In an effort to protect our intellectual properties, we may report your website to Google without prior notice and your website be removed from search engines and you may receive a strike. All contents are protected by the Digital Millennium Copyright Act 1996 (DMCA).
Tags
Nigerian Musicians
Share
Facebook Twitter Google+ LinkedIn StumbleUpon Tumblr Pinterest Reddit VKontakte Odnoklassniki Pocket Share via Email Print 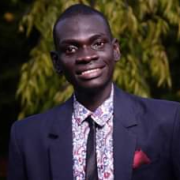 How To Start Palm Oil Processing Business In Nigeria

How To Package Agricultural Produce In Nigeria