Traditional marriage is an important event in the Yoruba culture that every youth desires to experience. It is usually hyped due to the fact that it is customarily graced with the presence of the elegant families of the groom and the bride who will take time to say some words of prayers to the couple during the course of the celebration.

Traditional wedding is typically characterized by lyrical contemporary Nigerian music or a live band followed by one or two master(s) of ceremony known as the ‘Alaga’ meaning ‘chairperson or chairman’.

The Alaga provided by the groom’s family is known as Alaga Iduro while the Alaga provided by the bride’s family is called Alaga ijoko, they could be members of the family or specialized individuals invited for the purpose. These Alagas are responsible for the schedule of the event after discussing one on one with the couple on what their priorities are and how best they want the event to turn out.

Their responsibilities are to properly oversee and synchronize the overall proceeding to ensure that all plans play out as envisaged. They will also be dressed up in an engagement ceremony attire alongside the already well-dressed gathering.

Aside the aforementioned, the Alagas also emphasize on several categories of money and fines to be dropped by the groom and families in attendance, these proceeds will be hers/his or shared amongst themselves, if more than one.

It is usually celebrated in the morning if the church wedding will follow suit, although, some couples prefer to have theirs an evening before the church wedding, it is all about your choice. The length of time for the traditional wedding generally depends on the agreement between the Alagas and the couple and the whole occasion is usually ended with the consumption of delicious and sumptuous delicacies.

Read on to know the details of this very exciting event!

Friends, families, photographers, caterers, chairpersons, colleagues and other well wishers in the lives of the bride and the groom come in their finest outfits, handbags, jewelry and dancing shoes. They walk into the hall of event, well seated and in high expectation of the merriment of the day. The people representing the groom usually sits together while the people for the bride also sits together as one. In one corner of the hall is the foodstuffs and other items bought by the groom’s family according to the list given to them by the bride’s family.

To know the general content of most engagement list in Yoruba culture, make sure you read on!

The proficient and energetic Alaga iduro then take the microphone to sing unique engagement songs. He or she makes a brief introduction on the purpose of the event, though talkative Alagas might add so many effects to spice up the floor opening. The groom’s family will greet the bride’s family, males prostrating and females kneeling down while they all chorus the greetings Ekuule o (good to see you home) and the bride’s family says Ekaabo o (welcome).

Thereafter, the groom and his friends will be asked to lie down on a mat in front of the bride’s family. This is done in a way that shows that the groom and his friends are asking the bride’s hand in marriage through the consent of her family. Then he is told to stand up, and he dances with his friends in celebration of the acceptance. When all requirements are met, the groom is led and allowed to seat on one of the two huge traditional chairs placed on the stage in front of the guests of the day. The event decorator usually decorates the stage backdrop and chairs traditionally in the chosen colours of the day.

Then the bride dances with her face covered with a veil that matches with her attire, her friends dance along with her as they join her in an energetic dance down the aisle to the stage. The bride also goes through a few protocols but money is only given to her and not taken from her unlike the case of the groom. The Alaga properly introduces her to the groom’s family, they will then unveil her face and allowed to sit beside her groom on the stage.

Afterwards, she is asked to wear the groom’s cap for him, after this, the couple prays for each other. They are also told to sit on the laps of each other’s parent, photographs are taken each time and both families say prayers to the couple.

The engagement list is then reviewed and the cash handed over to the bride’s family.

Below is the general list common in Yoruba land.

Note that the quantity of each item varies according to bride’s family choices and agreement.

In conclusion, traditional marriages has been recognized over time all over the Nigerian culture. This is due to the fact that it represents a symbol of union, deeper in connection than any other form of marriage in terms of our origin and foundation. This uniqueness is what makes it thrive since time immemorial till date and it will surely be celebrated from generations to generations in the Nigerian culture. However, couples may choose to also celebrate other forms of marriage at their will.

Contents on this website may not be republished, reproduced, redistributed either in whole or in part without due permission or acknowledgment.
.
Proper acknowledgment includes, but not limited to (a) LINK BACK TO THE ARTICLE in the case of re-publication on online media, (b) Proper referencing in the case of usage in research, magazine, brochure, or academic purposes,.
.
All contents are protected by the Digital Millennium Copyright Act 1996 (DMCA).
.
We publish all contents with good intentions. If you own this content & believe your copyright was violated or infringed, please contact us at [infoguidenigeria@gmail.com] to file a complaint and we will take necessary actions immediately.
Tags
Traditional marriage 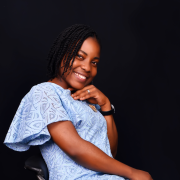 10 Problems of Juvenile Delinquency in Nigeria and Possible Solutions

Top 10 Cars A Young Nigerian Man Should Buy and Why