A Coalition of Election Monitors and Observers (CEMO) has cautioned President Muhammadu Buhari against assenting to the recent Electoral Act 2022 amendment bill because preparations for the 2023 general elections are already close. THE GUARDIAN reports.
The coalition, made up of 24 election monitoring groups, gave this warning on Monday, after a meeting in Abuja, adding that signing the bill now will cause disruption in the processes of primaries already commenced by political parties under the provisions of the extant law.
See Other Top News:

The group noted that as desirable as the amendment is, signing the bill after most political parties had already started implementing critical aspects of the electoral process under the current law is “dangerous, counter-productive, capable of triggering widespread political crisis and litigations that can derail the 2023 general elections.”

The provision is a sharp contrast to the section in the Electoral Act 2022 signed by the President, which states: “By virtue of Section 84(8) of the Electoral Act 2022, delegates to vote at the indirect primaries and national convention of political parties to elect candidates for elections shall be those democratically elected for that purpose.”

The coalition observed that President Buhari ought to have signed the bill earlier to give political parties a uniform direction for the nomination of candidates for the 2023 general elections.

It noted that any amendment to the existing law this time would amount to changing the rules in the middle of the game and disrupting the entire electoral process.

CEMO added: “After a very extensive review and consultations on the issue, we submit that the amendments sought to Section 84 of the Electoral Act 2022, as desirable as they may be, have been overtaken by events leading to the 2023 general elections.

“It is instructive to note that political parties, especially the two major political parties in Nigeria, have already started the electoral processes under the timelines, schedules and rules prescribed by the provisions of the extant Electoral Act 2022.

“Our observation shows that political parties, aspirants, and the electorate have already adjusted to the current provision of Section 84 of the Electoral Act. Candidates are already peacefully emerging. Any alteration at this moment has the propensity of dislocating the current political tranquility in the country and disrupt the entire electoral process.”

IN his reaction, Dr. Mubarak Adekileku of the Department of Law, University of Ilorin, said the amendment would only become effective as soon as it is signed into law, adding that before such is signed, the existing delegates list who emerged through voting and whose names had been submitted to INEC are still valid.

However, he said INEC has, in accordance with its rule, maintained that such names must be submitted not less than seven days before the primaries.

“While it is evident that even if signed into law now, it cannot be used for the Senate, governorship, and Assembly primaries, it is hoped that it may still be used for the presidential primary, that is, if it is signed today (Monday).

“And if the amendment is signed, the already conducted primaries are not vitiated simply because the statutory delegates list was not used. This is because a law does not have a retrospective effect. It becomes effective when signed,” he said.

An Abuja-based lawyer, Godwin Ogboji, said, “as it is now, the extant and existing law as provided by section 84 (8) of the Electoral Act recognises only elected delegates, hence all primaries to be conducted before the coming into existence of any subsequent law upon the assent of the President on the amended Electoral Act must be in accordance to the law that excludes statutory delegates.

“The law does not have retrospective effect except specifically provided for, so, even if the President signs the amended Electoral Act before him today or anytime soon, it will not have any effect on the already concluded primaries as they were conducted in accordance to the extant law as at the time of the primaries.”

Contents on this website may not be republished, reproduced, redistributed either in whole or in part without due permission or acknowledgment.
.
Proper acknowledgment includes, but not limited to (a) LINK BACK TO THE ARTICLE in the case of re-publication on online media, (b) Proper referencing in the case of usage in research, magazine, brochure, or academic purposes,.
.
All contents are protected by the Digital Millennium Copyright Act 1996 (DMCA).
.
We publish all contents with good intentions. If you own this content & believe your copyright was violated or infringed, please contact us at [infoguidenigeria@gmail.com] to file a complaint and we will take necessary actions immediately.
Tags
Coalition of Election Monitors and Observers (CEMO) Electoral Act Amendment Bill Political News President Muhammadu Buhari 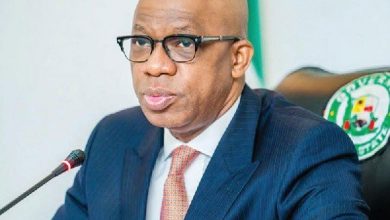 ‘My Life Is Under Danger’ – Ogun Governor Laments 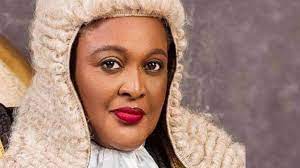 JUST IN: Police Arrest Fake CSP, Others Over Attack On Justice Odili’s Residence 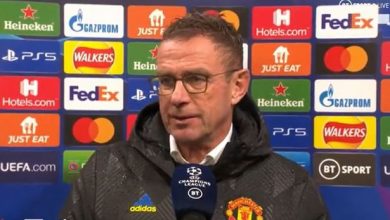 RALF RANGNICK: I Can’t Keep All The Players Happy 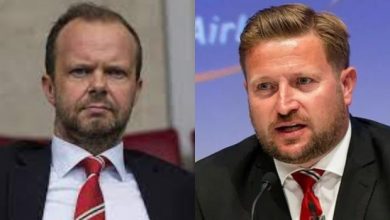