He was born on the 26th of November 1982 in Umuahia, Abia state capital but was raised in Ajegunle, Lagos state where his family moved.

He has several brothers and a sister. One of his brother D’Prince is also a singer signed under Mavin records. He started playing drums and singing when he was as little as 4 years and by the age of 12, his interest in music piqued and he began to learn to play basic musical instruments especially in the cherubim and seraphim which is his family place of worship.

In the year 2000, his uncle invited him to London to play drums for a local church and that was his very first visit to the United Kingdom.

While in London, he worked with McDonald’s as a security guard but his interest in music did not wane as he continued to develop his s kills by learning music production skills at O-Town record company and associated with musical acts like JJC, DBanj, Solek, Kas and The 419 Squad.

Don Jazzy returned to Nigeria and founded the defunct Mo’Hits records with D’Banj in 2004. By 2006, he successfully produced three albums; No Long Thing, Funk You Up, and Curriculum Vitea.

He grew in fame and developed and introduction everyone recognised ‘its don jazzy again’. Mo’ Hits was made up of Don Jazzy, D’Banj, Dr. SID, Wande Coal and D’Prince .

The record label as at that time was the most successful and recognised music label in Nigeria. He also produced singles for other label mates and co-produced Wande Coal’s Mushin2Mo’Hits album which was one of Nigeria’s best album at that time.

Don Jazzy also provided background vocals for artist he produced some of which include vocals for Kanye West’s song ‘Lift Off’ with Beyonce on ‘Watch The Throne’ album, for D’Banj, Sauce Kid,Dr. SID, Ikechukwu, Jay z and D’Prince.

Kanye West employed Jazzy as a producer at very good beatz in 2011 after which Kanye made a surprise appearance at Mo’Hits Koko Concert in London to show support.

By March 2012, Don Jazzy and D’Banj abandoned their music label Mo’hits due to irreconcilable artistic differences. This led to the birth of a new music label by May in that same year by Don Jazzy.

He birthed the new and functional MAVIN RECORDS and signed new artists including Tiwa Savage, Reekado Banks. Korede Bello, D’ija and iyanya in addition to old artistes from the defunct Mo’Hits ( Wande Coal, D’Prince and Dr.SID).

On the 8th of May, he released an album featuring all the artistes signed to mavin records and it had massive hits like: Amarachi, forever, oma ga, take banana, chocolate yolo and the mavin anthem ‘I am a mavin’. Jazzy also launched a social network platform called the mavin league to promote the label.

On the 5th of November 2014, Don Jazzy and Wande Coal had a conflict which saw the exit of Wande Coal from the Mavin family.

Don Jazzy has worked hard to become the most outstanding producer in Africa, he is here to stay and will keep producing massive hits.

He is a genius whose humility, hard work and generosity cannot be ignored.Don jazzy on twitter is very active playful and responsive to fans.

He doesnt hesitate to give put out cash and kind whenever he is able to do so and this endears him to many. He is a role model to many young people; his ability to rebuild another music label after Mo’ hits crashed is not only commendable but worthy of emulation. Much is not known about his relationships but he is single and has so far, had no baby mama drama linked to him.

Singles And Collaborations of Don Jazzy

It is funny that Don Jazzy has no single to his name but has provided background vocals and featured in many songs with almost every other artistes outside his label and artistes signed to his label.

He has been in the industry for over a decade and has produced and featured in many hit singles: Eminado by Tiwa Savage, TEN TEN, Pere by Mo Hit crew, Scape Goat with D’Banj and Kanye West, Dorrobuci by mavin family, Surulere y Dr. Sid, Mobolowowon by D’Banj, Oliver Twist by D’Banj, Bumper to Bumper and You Bad by Wande Coal, Collabo by PSquare, Up to something and gift by Iyanya, I Concur by Timaya, Adaobi by Mavins, Looku by Mavins, Skelemba by Olamide and many others.

Don Jazzy has several deals and endorsements that has promoted his brand and enriched him further. He has been the brand ambassador for Loya milk since 2012 and the contract is yet to expire.

Samsung has Don Jazzy as one of its ambassadors and this is another mouth-watering deal. He has another deal with konga that is worth about 15 million naira. In 2015, he became an ambassador for Johnnie walka and this deal had him visit Rome where he met British actor Jude Law. Every artiste in his Marvin Records is an ambassador to either globacom or MTN Nigeria.

Don Jazzy was once rated as the second richest African entertainer right after Akon by FORBES and he is worth over $40 million.

Awards And Recognitions of Don Jazzy

Contents on this website may not be republished, reproduced, redistributed either in whole or in part without due permission or acknowledgment.
.
Proper acknowledgment includes, but not limited to (a) LINK BACK TO THE ARTICLE in the case of re-publication on online media, (b) Proper referencing in the case of usage in research, magazine, brochure, or academic purposes,.
.
All contents are protected by the Digital Millennium Copyright Act 1996 (DMCA).
.
We publish all contents with good intentions. If you own this content & believe your copyright was violated or infringed, please contact us at [infoguidenigeria@gmail.com] to file a complaint and we will take necessary actions immediately.
Tags
Don Jazzy 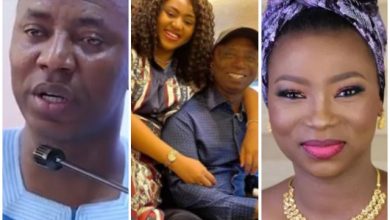 Ned Nwoko Has Done So Much Damage – Sowore 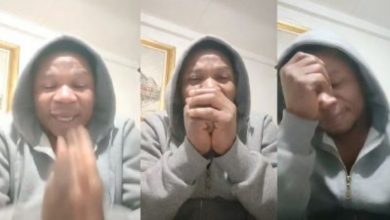 “Why is Death So Wicked To Me” – Rapper, Vic O Laments after Losing Both Parents in Three Months 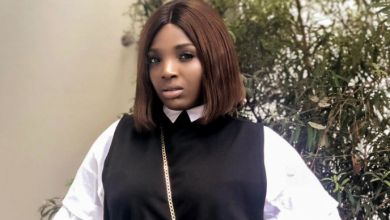 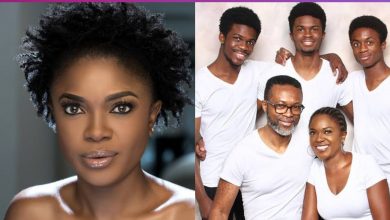 Only my kids are entitled to my money – Omoni Oboli