In this post, we will look at the history of broadcasting in Nigeria. To examine this post critically, the following aspects will be discussed:

3. Major milestones of broadcasting in Nigeria.

Origin of Broadcasting in the Pre-Independence Era

The production and circulation of these  newspapers started the era of journalism and broadcasting  in Nigeria. A lot of journalists used these newspapers as platforms to fight against colonial rule  and ensure that Nigeria gained independence from the colonial masters.

Independence in Nigeria heralded  a new era of journalism because the Pioneer newspapers were later transformed into television stations like WNTV, BBC and WNRC.

We shall now look at the roles played by these newspapers and journalists in the pre-independence era.

The West African Pilot was launched by Dr. Nnamdi Azikwe on 22 November, 1937.He dedicated the newspaper to fighting for Nigeria’s independence from British rule, imperialism and dominance.

The core attributes of the West African Pilot were its undisputed quality and professional touch which made it the first and the best among its peers. It is also played an important role in the spread of nationalist ideas which made it popular at that time.

In 1967, it folded up because of the Civil War that lasted 3 years.Dr. Nnamdi Azikwe can rightly be referred to as the father of print journalism in Nigeria.

The African Messenger was founded by Ernest Ikoli in 1926.He is aptly described as the dozen of Nigerian journalism. He worked as the first editor of the Daily Times of Nigeria, which was launched in 1926.He used the African Messenger as a weapon to fight for Nigeria’s independence from British colonial rule. He made sure that it was published weekly and used it as a platform to support the Nigerian Civil Service Union against the British Colonial government.

It was launched by John Payne Jackson, a Liberian immigrant in 1890. He used it to fight against British  imperialism in the early twentieth century. It’s messages portrayed an anti-colonialist position to British rule.

It was also unrepentantly supportive of reforms in colonial rule, spearheading issues such as free electricity for Lagos in 1895, a free water  system from 1908-1916 and the fight to retain Africans’ control over their own land from 1912-1913.

It was the third newspaper published after Anglo African and Iwe Iroyin.It was published in 1880.

Sadly the newspaper went out of circulation on October 24,1883.

He founded the Lagos daily news in 1925.It was Nigeria’s first daily newspaper which was used by Herbert Macaulay to express his partisan and nationalist ideas against the British Colonial government.

The Nigerian Tribune was founded by Chief Awolowo in 1949.Chief Awolowo used it has his own mouthpiece for his populist welfare programes .He also used it as a platform to defend the interests of the Yoruba people at that time.

The Nigerian Tribune continued to expose public and private scandals, excesses and dictatorship of  The colonial government and successive Nigerian governments in the post-independence  era. Chief Obafemi Awolowo used as a platform to spread national consciousness among Nigerians.

History of Radio and Television Broadcasting in Nigeria

The history of radio and television broadcasting will be tested from the pre-independence and post-independence eras using notable dates.

Read Also: How to Start a Media Company in Nigeria

The Pre-Independence Era of Radio Broadcasting in Nigeria

1933:Establishment of the Radio Distribution System by the British Colonial Government

This is the time radio broadcasting started in  Nigeria. 1933 heralded the installation of the Radio Distribution System in Lagos which was supervised and controlled by  the Department of Post and Telegraphs, on behalf of the British government. At that time, its major goal was to serve as the reception base of the British Broadcasting Corporation(BBC).

1935 : Change of Name from Radio Distribution System to Radio Diffusion System by the British Colonial Government

In 1935, the British colonial government changed its  name from the Radio Distribution System  to Radio Diffusion System. The reason for the change was to serve and project Britain and it’s allies interest during World War Two.

1939 :  Establishment and Commissioning of the Ibadan Station.

1949:Setting Up of Radio Services with a National Outlook

The Turne  Bryon committe was set up to re-appraise radio broadcasting objectives with the aim of establishing a radio station with national outlook and identity.

1950-1951:The National  Broadcasting Services was Established and Founded in Lagos

In 1951, direct radio transmission in Nigeria started and was supervised by the National Broadcasting Service.

1956: Establishment of the Nigerian Broadcasting Corporation

A bill was passed by the Hose of Representatives to establish the Nigerian Broadcasting Corporation. After its establishment, it was entirely responsible for radio broadcasting in Nigeria.

1978: Establishment of the Federal Radio Corporation of Nigeria

1990: Establishment of the Voice of Nigeria

It was formed from the merging together of the Ibadan Station,  Kaduna Station, Lagos Station and Enugu Station through the enactment of Decree 8 of 1978.

1992: Deregulation of the Broadcasting Sector

General Ibrahim Babangida.This deregulated the broadcasting sector by enacting Decree  No.38 of 1992 which was am ended by Decree No.55 of 1999.

History of Television Broadcasting in Nigeria:

1959: Establishment of WNTV as the First Television Station by the Western Region Government

The government if the Eastern Region followed suit and established it’s own television station on October 1, 1960.

1962:Establishment of the Broadcasting Corporation of Northern Nigeria

1975: Establishment of the First Colour Television by the Benue State Military Government

1977: Establishment of the Nigerian  Television Authority by General Olusegun Obasanjo

The military government of President Olusegun Obasanjo established the Nigerian  Television Authority through the enactment of Decree 24 of 1977.

1990:Establishment of the Voice of Nigeria(VON)

The external service of the BBC was excised to establish VON.

General Ibrahim Babangida deregulated the broadcasting sector by enacting Decree Number 38  of 1992 to  create the National Broadcasting Commission with the sole aim of removing total government monopoly of radio and television stations.

The NBC was saddled with the responsibility of managing and regulating the broadcasting sector in Nigeria.

This decree deregulated the broadcasting media and catalysed the establishment of privately   owned television and radio stations in Nigeria. Presently, Nigeria has 60 radio stations and 70 federal controlled television stations. In 1996, there were more than forty stations which have been licenced to operate digitally.

Read Also: The Role of Information and Communication Technology ICT in Nigeria

Major Milestones of Broadcasting in Nigeria

The major milestones of broadcasting in Nigeria are listed below:

1933: Establishment of the BBC Empire Service through the reception of its signals in Nigeria.

1951 : Direct radio transmission started in Nigeria with the establishment of the Nigerian Broadcasting Service (NBC) .

1975: Establishment of the first colour television by the Benue State Military Government.

1977: The Nigerian Television Authority (NTA) was established when by General Obasanjo’s military government through Decree 24 of 1977.

1978 : The Radio Stations in Enugu, Kaduna, Ibadan and Lagos were merged to form the Federal Radio Corporation of Nigeria (FRCN) by Decree 8 of 1st April 1978.

1990: The external service of NBC, was excised to form the Voice of Nigeria (VON) Corporation.

1992: General Ibrahim Babangida.This enacted Decree No. 38 of 1992, amended by Decree No.55 of 1999,  to deregulate the broadcasting industry to break the monopoly of ownership of broadcasting stations by the Federal and State Governments, paving way for private entrepreneurs and media professionals to establish their own radio and television stations.

Broadcasting  has come a long way in Nigeria with sixty radio stations and seventy federal controlled stations operating in the country. The Nigerian broadcasting industry has achieved significant milestones over the past 85 years which are worth celebrating.

Contents on this website may not be republished, reproduced, redistributed either in whole or in part without due permission or acknowledgment.
.
Proper acknowledgment includes, but not limited to (a) LINK BACK TO THE ARTICLE in the case of re-publication on online media, (b) Proper referencing in the case of usage in research, magazine, brochure, or academic purposes,.
.
All contents are protected by the Digital Millennium Copyright Act 1996 (DMCA).
.
We publish all contents with good intentions. If you own this content & believe your copyright was violated or infringed, please contact us at [infoguidenigeria@gmail.com] to file a complaint and we will take necessary actions immediately.
Tags
Broadcast

Price of Fish Feed In Nigeria 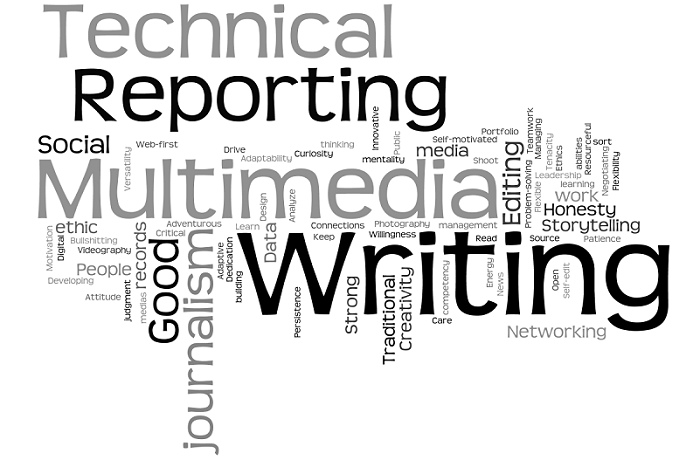 My Traditional Marriage & Wedding – You are Respectfully Invited