Following the reports that a female student of Shehu Shagari College of Education was horribly beaten and burnt to death by her some Muslim fanatics for allegedly insulting Islam’s prophet Muhammad. NAIJA NEWS reports.

The lady said to be in her 200 level at the institution was attacked after she condemned religious posts by her Muslim coursemates in a WhatsApp group meant for sharing academic materials.

Her actions were declared blasphemy by the Muslim faithful who went to her hostel to beat her to a pulp before setting her ablaze. Information Guide Nigeria

The development has attracted the attention of religious leaders, government officials and the general public.

In response to the incident, the State Police Command said two suspects had been arrested and taken into custody. jamb results

According to the Sokoto police spokesman, Sanusi Abubakar the mob overpowered campus security before killing the female student and setting her remains on fire.

However, while major stakeholders are trying to ensure the situation does not erupt further damage, a leaflet obtained by SaharaReporters on Saturday, written in Hausa, invited Muslims to come out en mass to protest against the arrest of the suspected killers of Deborah.

The leaflet carries a schedule of the protest stating clearly their aim.

The writeup scripted in the Hausa language reads thus in English: “We’re inviting Muslims in Sokoto to come and help them rescue our brothers that were arrested because they were defending Islam and uplifting prophet Muhammad S.A.W.

“Gawon Mama Roundabout is where they’ll meet; Time: 9 am. For more details call those numbers,” the leaflet added.

Contents on this website may not be republished, reproduced, redistributed either in whole or in part without due permission or acknowledgment.
.
Proper acknowledgment includes, but not limited to (a) LINK BACK TO THE ARTICLE in the case of re-publication on online media, (b) Proper referencing in the case of usage in research, magazine, brochure, or academic purposes,.
.
All contents are protected by the Digital Millennium Copyright Act 1996 (DMCA).
.
We publish all contents with good intentions. If you own this content & believe your copyright was violated or infringed, please contact us at [infoguidenigeria@gmail.com] to file a complaint and we will take necessary actions immediately.
Tags
Miss Deborah Samuel Society News

I Will Use Experience Gathered As VP To Help Nigeria – Atiku 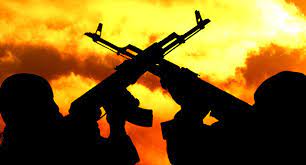 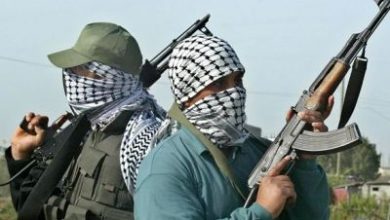 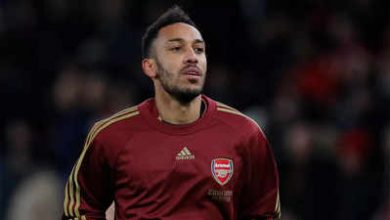 ‘Having Aubameyang is a gift!’ – Busquets