A mother of quintuplets at the Federal Medical Centre (FMC) Lokoja, Kogi state, has confessed how she was barren for 18 years, expressing joy and satisfaction that, now that she has given birth to five babies, her barrenness was terminated.

The News Agency of Nigeria, NAN gathered during the visit to this 42 years old woman and her babies at the hospital on Friday that both the mother, Mrs Uchenna Okeigbo and her kids are in good condition.

Speaking with newsmen, the woman expressed gratitude to God for the rare gift of five babies, saying that her wait for 18 years did not end in vain. “It is not easy to have five children at once,” Okeigbo said.

She showered praises on her husband for standing by her. The quintuplets, three boys and two girls, weighed 1.3kg 1.6kg, 1.7kg, 1.8kg and 1.9kg, respectively.

However, the first baby, who weighed 1.3kg was still inside the incubator as at the time journalist visited the place. The father of the quintuplets, Mr James Okeigbo, 47, an employee of a private establishment, who was overwhelmed with joy, described the coming of the babies as the happiest moment of his life and his wife as well.

”I thank my wife for retaining her respect for me for this 18 years of childlessness without quarrelling with me. “I am also grateful to her family for standing by us,” Okeigbo said. The reports said that he, however, has solicited for assistance from government and members of the public to ensure adequate care for the five children. ‘ As a good citizen of Nigeria, I am appealing to government to help us,” he said.

Dr Grace Ogoke, Consultant, Obstetrician and Gynecologist at FMC, Lokoja, who handled the delivery of the quintuplets, said she was very happy and gave glory to God for the feat. She told NAN that she delivered the babies on Wednesday, April 17, through a Caesarean Section (CS) at about, 11:45 pm, which coincidentally was her own wedding anniversary day.

”The baby is put under observation inside an incubator because he weighs less than 1.5 kg but the baby is active,” Ogoke explained.

According to her, the couple approached the FMC when they were seeking the fruit of the womb with lots of investigations. “After going through all their investigations, I saw that they would need to be assisted, that spontaneous pregnancy medically speaking might not be achievable, and I advised them to be assisted.

“The procedure for the assisted reproductive technology through In-Vitro Fertilisation (IVF) was successful, and the doctor referred them back to her for management of the pregnancy.

”I feel very happy and I give glory to God for seeing us through, because it was like all of us are pregnant during the pregnancy.

”This is my first time of taking delivery of quintuplets, the highest I have taken was three. ‘It is a relief and achievement for all of us and I thank God for that,” Ogoke said.

NAN has gathered that the Chief Medical Director of the Federal Medical Centre, Lokoja, Dr Olatunde Alabi, has said that experienced gynaecologists and paediatricians were deployed to manage the woman from pregnancy to delivery. Alabi said it was the first time quintuplets will be delivered at the hospital, saying that the management of the pregnancy and successful delivery of the babies underscored the quality of staff at the hospital and their dedication to duty.

The Chief Medical Director, however, pleaded for more support for the centre from the government and corporate organisations, especially in the areas of equipment and funding.

Church to combat maternal,  child mortality via its established hospitals

Court jails a man for stealing from  hotel guests 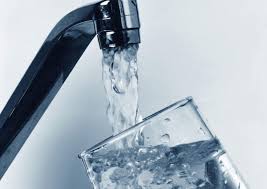 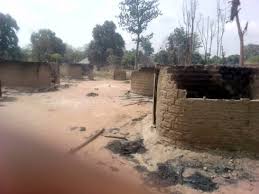 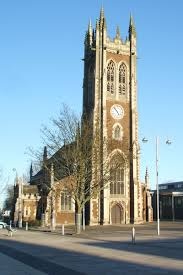