Nigerians have described President Muhammadu Buhari and his government as bad luck to the citizens after the Super Eagles failed to make it to the 2022 World Cup. DAILY POST reports.

The Super Eagles failed to defeat the Black Stars in Kumasi, as they were only able to draw 0-0.

In the reverse leg played at the Moshood Abiola Stadium, the visitors took the lead through Thomas Partey.

The Arsenal midfielder saw his long-range effort squirm under Francis Uzoho to give Ghana the lead.

However, Nigeria drew level, after VAR awarded a penalty for a foul on Ademola Lookman. Captain William Troost-Ekong stepped up to make it 1-1. jamb results

There were no goals in the second half and the Black Stars qualified on away goals and many Nigerians on social media believe nothing good will ever come out of the current administration.

According to DAILY POST, some of the angry tweets read:

@Illanawoeldwide, “Ghana defeated Nigeria to qualify for the 2022 FIFA World Cup. @MBuhari is bad luck. @NGSuperEagles failed to fly. Too much blood in the land. God is angry. Dissolve the amalgamation of 1914 to save the Indigenous People from this trauma.”

@gqokeke, “The President has a forged WAEC certificate, and we’re fighting corruption. Yours is a country that produces neither pencils nor teaches history to her youth. Achebe said there was a country, Achebe was right. The country is so far gone that folks neither know right from wrong.”

@real_ceojosh, “Sports and Education should never be under direct government control. The economy should be a free market, security should be decentralized and localized. After getting the pcv, we should strive to seek sound policies to build our nation.”

@Nbright007, “APC is achieving their goals, from top to bottom! Everything is going down.”

@Collinsobi75, “They can vote for Buhari again. We know Buhari was a failure they said igbo’s hate him.”

@drPenking, “Super Eagles could never have won. Nigeria is bleeding and the forces of nature are not pleased with the blood shed. Nigeria has now missed out on the World Cup since 2006. Congratulations Buhari.”

@rightody, “This image depicts the current #useless state of Nigeria as a whole and not just the Super Eagles, I mean Super Chickens all thanks to Buhari. Giant of Africa in the mud.”

@Alameen_Aba, “If Super Eagles winning will make Buhari happy, I will pray hard for Super Eagles to lose. Not because I hate super Eagles but I want that old man to feel sad and unhappy ”

@TweetOracle, “It’s only fitting that the Super Eagles miss out on the Qatar world cup in November. The Buhari-led administration has brought nothing but BAD LUCK to Nigeria at large. We can only rue the missed chances. It’s been a streak of bad omens since 2015 that Bubu took over power. sighs!”

@OlisaOsega, “Tell me ONE thing that has worked under this Buhari and APC administration. No security. No jobs. Poverty level has skyrocketed. The economy is crumbling. The Super Eagles can’t even get one goal to qualify for the World Cup. From one pain to another under this government.”

@Festusgreen, “If Super Eagles wear black armband to sympathize with victims of that dastardly train attack, Buhari might disband the team…. but in sane climes, where human lives matter, where humans aren’t equated with cows, that is the way to go.”

Contents on this website may not be republished, reproduced, redistributed either in whole or in part without due permission or acknowledgment.
.
Proper acknowledgment includes, but not limited to (a) LINK BACK TO THE ARTICLE in the case of re-publication on online media, (b) Proper referencing in the case of usage in research, magazine, brochure, or academic purposes,.
.
All contents are protected by the Digital Millennium Copyright Act 1996 (DMCA).
.
We publish all contents with good intentions. If you own this content & believe your copyright was violated or infringed, please contact us at [infoguidenigeria@gmail.com] to file a complaint and we will take necessary actions immediately.
Tags
President Muhammadu Buhari Society News Super Eagles

Benue Governor Deliberates With Other Governors At Dubai Investment Meeting 2022

The Black Stars Of Ghana Bag Qatar 2022 Ticket, Edge Super Eagles Out With Away Goal 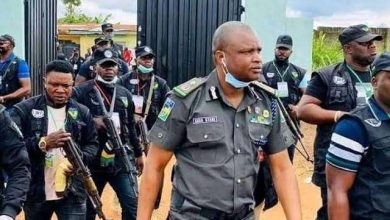 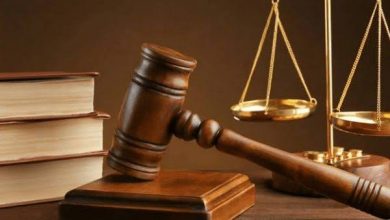 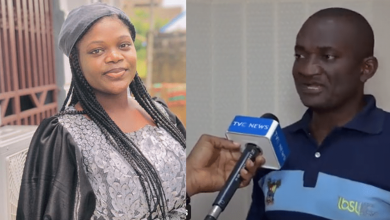 BREAKING: “Bamise Was Attacked By Armed Men Who Hijacked My Bus” 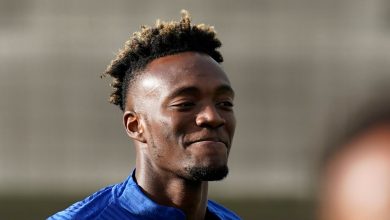