Alhaji Shanono, a notorious bandits’ leader has been killed by the air component of Operation Whirl Punch at Ukambo, a village about 131 kilometres from Kaduna. DAILY TRUST reports.

It was reported that Shanono was killed alongside 17 of his gang members.

The Chief of Air Staff, Air Marshal Oladayo Amao, commended the troops for the feat and urged them not to let down their guards in the fight against terrorism and banditry ravaging the country. Information Guide Nigeria

Director of the Nigerian Airforce Public Relations, Air Commodore Edward Gabkwet, made this known in a statement on Wednesday.

In his words: “This is even as intensive air operations endured in the entire military theatres of operation as NAF aircraft continue to seek and decimate enemies of the state in their attempts to make life unbearable for innocent Nigerians. jamb results

“From the briefings received by the CAS, it is evident that so far, the directive given to the operational commanders is yielding the requisite outcome.

“Air Marshal Amao, in addressing the commanders, reminded them of the need to remain steadfast and focused on the task ahead.

“In the North-West, specifically, the effect of strikes undertaken by NAF aircraft has revealed that several terrorists have been eliminated and their enclaves destroyed.

“One of such strikes, which occurred on August 9, 2022 resulted in the elimination of a well-known terrorist leader operating in Kaduna State.

“Indeed, following receipt of intelligence on August 9, 2022 that a well-known terrorists’ kingpin, Alhaji Shanono, had scheduled a meeting with his foot soldiers at Ukambo, a village about 131km from Kaduna, the Air Component of Operation Whirl Punch dispatched aircraft for interdiction mission at the location.

“Overhead the location, terrorists were sighted under clusters of trees at the foot of Ukambo high ground and after ensuring the absence of civilian settlements within the location, the crew received the authorisation to strike.

“The troops also rescued no fewer than 26 kidnapped victims in the attack that took place on August 9, 2022.

“Feedback from local sources disclosed that over 30 rifles and 20 motorbikes were destroyed while about 18 terrorists, including Alhaji Shanono, were neutralised while others sustained injuries.

“Sources also revealed that no fewer than 26 kidnapped victims earlier held by the terrorists were released as a result of the airstrike.

“Similar strikes were also undertaken in the North-East as well. There, the Air Component of Operation Hadin Kai had their tasks well cut out for them as they have been fully engaged in conducting air interdiction missions on terrorists’ targets in Borno State.

“One of such operations was conducted on August 6, 2022, at Gazuwa, about 1.2 kilometres to Gargash, after intelligence revealed that infighting for relevance and supremacy was underway between terrorists of the Shekau faction and terrorists aligned to Islamic State of West Africa, ISWAP.

“The state of confusion and disorder among the two terrorists’ factions thus presented an opportunity for a surprise strike by NAF pilots which was carried out using 2 aircraft types.

“It should be noted that though the map coordinates led the pilots to the exact site of the infighting, the location also had an ISWAP flag hoisted on the structure and three solar panels on the rooftop.

“Intelligence received and corroborated by local sources revealed the strike was a success as the terrorists did not anticipate it with several eliminated and others injured.

“The impact of the strikes is said to have reverberated through the remaining terrorists’ camps who are beginning to realise that they are fighting an unjust and lost cause that will no doubt lead to their death. Most are said to be contemplating surrendering just like others before them …”

Christy O reveals who she thinks will win BBNaija 2022 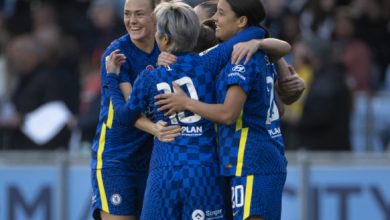 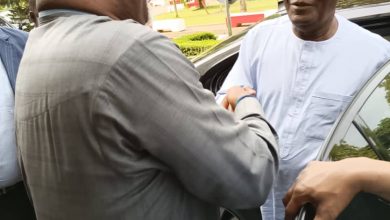 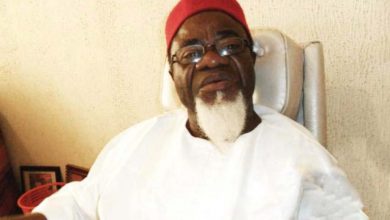 Peter Obi: Nobody Should Hinder Change Through Arrogant Propaganda – Ezeife To Umahi 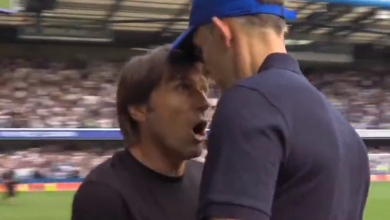