In this post we look at the 10 Problems of Nigeria National Integration and Possible Solutions. National integration is the term used when the citizens of a country are conscious of the fact that they have a common identity, regard themselves as one and work together to ensure the development of their country irrespective of differences in class, ethnicity, religion, political affiliations or any other differences that may exist between them.

Nigeria as a country was never in existence prior to 1914, it was in 1914 that the different regions that make up Nigeria were brought together as one entity. 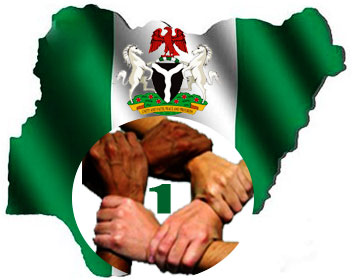 They were not of the same ethnicity, religion and so on, but they had it in mind that the country should continue in development as one.

In this article, we will seek to give explanations to the following search queries often used by many readers on this very topic topic.

There are many ethnic groups in Nigeria, and members of a particular ethnic group tend to be loyal to their own people in government or other exalted positions. They therefore are favoured over members of other ethnic groups. This threatens national unity.

This is closely related to ethnic diversity. Nigeria has over 400 languages and this leads to an obstacle in communication among the citizens, as people tend to flow better with those who speak the same language as them. Our lingua franca, English language, is spoken only by about 15% of the population (mainly the educated elite).

There is a structural imbalance between northern and southern Nigeria. The northern part of Nigeria has more political power than the other parts of the country.

Members of the other religions thereby feel cheated, creating animosity between members of the different religions. This is a threat to the national unity of Nigeria.

This is caused by angry, hungry youths who are unemployed. They are used by greedy and selfish politicians to create tension among citizens of the country for their political interests. National integration is hard to come by in this situation.

This occurs when people favour their relatives above others in terms of employment, awards of contracts, e.t.c. It is similar to tribalism.

It makes those who are not favoured to feel they are not part of the system, thereby being a threat to national integration.

The giving and receiving of bribes for services makes it impossible for those who are in need of that service to have a level playing ground, thus, robbing them of their rights to equal treatment. The effects of corruption in Nigeria economic development cannot be overemphasized.

Those who do not have the means to offer bribes become frustrated and develop hatred for those who can afford the bribes. This does not help Nigeria national integration.

Nigeria has been polarized along party lines, and it so happens that Nigeria is a multi-party nation. Members of a political party, both ruling and opposition, no longer have the interest of the nation at heart but their own party interests.

General elections have become contests that must be won at all costs, and all sorts of things are indulged in by political parties to make sure they win. Losers in elections resort to violence thus creating and division among the masses and party supporters.

Poverty: a vast majority of the country’s wealth are in the hands of very few people and they circulate it among themselves, leaving the masses in poverty.

This creates division between the rich and the poor, the poor developing suspicion and hatred towards the rich and this is not healthy for national unity.

Possible Solutions to the Problems of Nigeria National Integration

1. De-emphasizing tribe, ethnic origin and religion: our traditional and religious leaders should educate their followers concerning national integration, telling them that people segregating those who are not from their ethnic group, tribe or religion leads to division among them and will hamper the development of the country, which will in turn affect them negatively. This should also be contained in all official documents.

2. Emphasis in national symbols: our national symbols like the national anthem and pledge should not just be taught in schools. People should be made to imbibe the message behind these symbols as a way of life.

People going about their daily activities carrying the message of our national symbols in their hearts fosters national unity.

3. History education: Nigerian history should be taught compulsorily to the end of secondary school level, this makes people know how Nigeria became one.

5. Equal opportunity for employment: employment should be given to youths based on merit regardless of status, tribe, religion or other factors. This will make the people believe that they are one.

6. Youth empowerment: not all youths are privileged to have formal education, and thus, may not obtain gainful employment. In this instance the government should find ways of empowering, they can be taught to be craftsmen or technicians to create employment for themselves.

This will keep them occupied with the right things, they will not be hungry or angry, and there will not be any cause for them to blame anyone for their inability to cater for themselves or their families. They will also not be available to be used as tools to create tension or crises by greedy or selfish politicians.

8. Resource control: every state in Nigeria should be allowed to control its resources, when revenue is centrally allocated some states receive less than their counterparts.

This is particularly true of states in the south south where majority of the country’s revenue comes from, but when funds are disbursed from the federal government, they get less than other parts of the country, which can lead to protests. However, when states control their own resources they will not feel cheated and crisis is least likely to erupt.

9. Political fairness: politicians at all levels of government must have the interest of the people at heart, and not just go into politics for their own selfish interests.

In addition, they should making politics a do-or-die affair, winners in elections should extend their hands of fellowship to losers and let it not be a situation of “the winner takes it all”.

By so doing crises will be averted and the people will have confidence in the government. This promotes national integration.

10. The National Youth Service Corps should be revamped; graduates should stop lobbying to be posted to their states of choice.

They should be posted across all the states of the country without any bias or consideration of ethnic group, wealth, who they know or any other thing. States should also receive them with open arms, and treat them as indigenes.

Read Also: The Unity of Nigeria Negotiable or Non Negotiable

The corp members should be encouraged to learn the languages and cultures of their host states, and should be given employment opportunities in the state civil services.

We work really hard and put a lot of effort and resources into our content, providing our readers with plagiarism-free articles, original and high-quality texts. Contents on this website may not be copied, republished, reproduced, redistributed either in whole or in part without due permission or acknowledgement. Proper acknowledgement include, but not limited to (a) Proper referencing in the case of usage in research, magazine, brochure, or academic purposes, (b)"FAIR USE" in the case of re-publication on online media. About possible consequences you can read here: What are the consequences of copyright infringement? In an effort to protect our intellectual properties, we may report your website to Google without prior notice and your website be removed from search engines and you may receive a strike. All contents are protected by the Digital Millennium Copyright Act 1996 (DMCA).
Tags
National Unity
Share
Facebook Twitter Google+ LinkedIn StumbleUpon Tumblr Pinterest Reddit VKontakte Odnoklassniki Pocket Share via Email Print 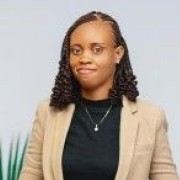 History of Technology in Nigeria