There Was An Attempt To Kill Me, Shina Peller Reveals

Honourable Shina Peller, a member of the House of Representatives from Iseyin/Itesiwaju/Kajola/Iwajowa federal constituency has disclosed that truly there was an attempt to assassinate him on his way from Ibadan to Oke Ogun on Sunday 29th May 2022.

This was made known to the public in a statement the federal legislator signed, shared on his social media platforms, where he also insisted that there was no All Progressives Congress (APC) Senatorial primaries in Oyo North. INDEPENDENT reports.

“There have been calls from loved ones, supporters, close associates and family about the controversy surrounding the All Progressives Congress (APC) Oyo North Senatorial Primaries which was scheduled to hold on Saturday 28th May 2022 at the Iseyin District Grammar School (IDGS), Iseyin as well as assassination attempt on my life”.

“This statement will therefore state the true picture of what actually transpired. The APC primaries ought to have been held on Saturday peacefully and transparently, but couldn’t hold due to the selfish interest of some bad elements within the party who are determined to impose a candidate on all”. jamb results

“To set the record straight, there are five aspirants contesting for the APC Oyo North Senatorial ticket in the forthcoming 2023 general election, and they are my humble self, Honourable Shina Peller, the incumbent occupier of the seat, Senator Fatai Buhari, who is determined to return to the Senate for the third term by whatever means, Honourable Saheed Alaran, Chief Ogunbode, and Mrs. Adeola Adeboyin.

“At IDGS, the supposed venue for the primaries, the delegates and all aspirants including myself had arrived since 10am, except Senator Fatai Buhari who was nowhere to be found, as well as the party officials who were supposed to conduct the primaries.

“We were all there waiting for several hours with no sight of Senator Buhari and party officials until when we got information that secret accreditation of delegates was ongoing at Sharapy Hotel, Odo-Omu area, Iseyin-Oyo Road, Iseyin. We moved to the hotel and we saw that truly a lot of buses were parked around with so many people engaging in illegal accreditation. When they saw us, they started running away”.

“Whilst we were at the hotel, we got another information that they had moved to the residence of the former Iseyin Local Government Chairman, Engineer Abolade and that some aggrieved people were already on their way to his house to disrupt their illegal process. To avoid any violence, myself, the other three aspirants had to move to the place so that we could control the situation. When we got there, we discovered that truly kangaroo primaries was already ongoing with some unaccredited delegates with result sheets and membership registration slips that have no passports.

“These kangaroo primaries were being conducted with close supervision of the former Oyo State Commissioner for Works and Transport, Alhaji Wasiu Dauda Azuzu and Senator Fatai Buhari. When they realized that there was no way they could continue with their secret voting, we were invited to a meeting at the premier hotel to resolve the issue. We were surprised to be informed that they decided to postpone the primaries until the following day and unconstitutionally moved the venue from Iseyin to Saki to enable them to manipulate the process and impose Senator Buhari on us all.

“This was the true picture of what transpired on Saturday, and as God would have it, gentlemen of the press were on the ground at the IDGS; they witnessed and reported everything. Arise TV, AIT, Punch, Nation, Thisday, Tribune, Sun, Daily Independent newspapers, Radio Nigeria, Oke Ogun FM and other notable media outlets were on the ground and as evident in their reports, they spoke to all other four aspirants right there at the venue except Senator Fatai Buhari who was somewhere else with other bad elements in the party trying to manipulate the primaries. Also, the police, Civil Defense Corps, INEC officers and observers were on the ground and they can easily be contacted to verify our claim. Any other writeup or report contradicting this should be regarded as lies and you can as well query the source of such reports.

“So having failed in their attempt to manipulate the primaries on Saturday, they unconstitutionally moved it to Saki on Sunday, and they were able to succeed in carrying out their kangaroo primaries with fake delegates’ list under the protection of hoodlums who had been massively mobilized to the venue.

“Regarding the report on the assassination attempt on my life, this was true. I was at Premier Hotel in Ibadan for the meeting with other APC Oyo North Senatorial aspirants who were not satisfied with what happened in Iseyin on Saturday. After the meeting, I left Premier Hotel for Oke Ogun in my convoy.

“However, a few minutes after we had left, I got an intel that six vehicles (Four cars, and two buses) loaded with thugs and ammunitions were on my trail to take my life. They gave the description of the vehicles, and I passed the information to my security details”.

“Whilst still on our way, we got another information that the vehicles were parked about one kilometer away from my house in Iseyin. When we got to the spot, we actually noticed that the vehicles in question matched the same description we had been given earlier and had campaign stickers and face caps of Senator Teslim Folarin. My security details then decided to disarm and arrest them”.

“My life is seriously being threatened just because I am trying to protect the interest of my dear people from the Oke Ogun region. I am using this opportunity to call on President Muhammadu Buhari, relevant stakeholders, and security agencies to call Senator Teslim Folarin and his evil machinery to order, as people will hold him accountable if anything happened to me, my family or my aides.” 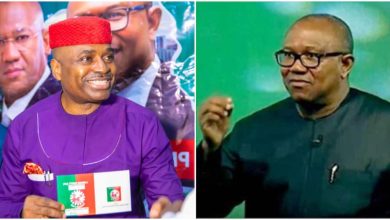 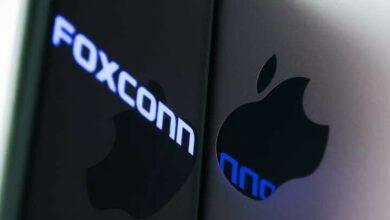 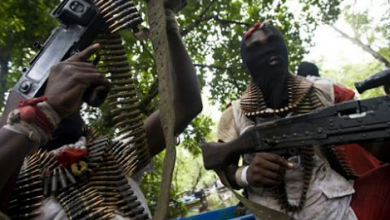 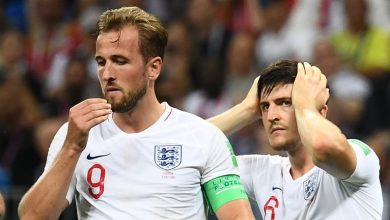