The 2016 second quarter report of the Nigerian Bureau of Statistics (NBS) on unemployment and underemployment revealed that a total of 26.06 million Nigerians are unemployed. This number refers to persons within the working age population who are willing, able and actively looking for work.

This means that about 14.4 percent of the entire population who are qualified to work are currently idle and wasting away.

The country’s economy continues to fall in value by the day. Our higher institutions also are producing about 400,000 graduates in one year.

Read Also: How To Get A Paid Job Amid High Unemployment Rate

It becomes very important that we look closely at the condition of our national life. This should be done in the light of the effects of unemployment.

A situation where people who are willing, able and ready to work cannot find a job in the economy is unemployment. The absence or insufficiency of industries is one of the causes of unemployment.

Also increase in the number of applicants who are graduates without a corresponding increase in job opportunity is another cause of unemployment in Nigeria.

The problem of unemployment in Nigeria is as old as the 19th century and the effect is becoming widely felt lately.

Some of the effects of unemployment in Nigeria include the following:

Many Nigerians are excelling in different fields of endeavour outside the shores of Nigeria. Both skilled and unskilled labour who cannot find reasonable job opportunities in Nigeria are heading for other countries.

These people are contributing to the economic growth of those countries while Nigeria remains desolate. Unemployment continues to undermine our productive ends which are readily available.

Unemployment looks down on manpower that is willing to pursue the development of Nigeria.  It ignores people who want to fully put to use their God-given talents and their learned skills to make the country.

2. It Encourages Creativity and Self-development

the absence of white collar jobs has generated creativity among Nigerians. New ideas have been introduced in recent times and money is coming out from them.

Several Nigerians are making waves in new businesses. Majority of the people that are successful business people today picked up the challenged of starting of a business due lack of work.

Others started training programmes to acquire new ideas because of no job. Many Nigerians have been forced by unemployment to expand their knowledge-base through seeking for information and acquiring new skills.

All of this they do to be prepared for opportunities when they come. Also to create an opportunity where none is existing. Hence, unemployment has forced many Nigerians into creative thinking and industry.

3. It Expands the Academic Curricula

Unemployment has led to the introduction of entrepreneurship based courses and subjects into our tertiary institutions and secondary schools curricula respectively.

The purpose is to make young Nigerians job-givers rather than job seekers. It is also to help strengthen and expand the different sector of the country’s economy Finally, it is aimed at raising the standard of living through income generation and self dependence by the citizens.

investors are gradually moving in, to invest in the country. They are taking advantage of the untapped human resources to establish and run big businesses within the country. The outcome of this is the gradual improvement of the country’s economy and many other positive results.

5. It Increases the Rate of Crime in the Society

An idle mind present a ready-made operation zone for the devil. Many Nigerians who, after they have graduated and had searched for job opportunities without finding one.

They resort to various crimes and constitute a nuisance to the society. Fraud, arm robbery, theft, prostitution and many other vices are gradually taking over the society. The import of this is that human lives are exposed to more risks than it has ever been.

6. It Creates Balance of Trade Problems

Unemployment leads to insufficient production and over-dependence on importation. The implication is that the more a country depends on other countries for its need, the more it spends without commensurate revenue.

The outcome is balance of trade deficit which has many negative implications for the country. A clear example is the present economic recession

7. It Raises the Rate of Dependency:

his applies to the family as well as the government. Where a family of five has just one person working, the burden of catering for the family naturally rest on him.

Read Also: 6 Ways To Make Sure You Don’t Lose Your Job In This Economy

8. It Encourages of Population Growth

the rate of birth increases with unemployment. Have you ever wondered why you have women giving birth to more children in rural areas?

Or has it ever occurred to you why poor people have more children than the rich? The profound truth is that the rich with his resources have various alternatives to fun other than the wife.

But, the poor’s only means, more often is the wife. Coupled with ignorance the produce more children at every attempt.

This however, is not the only reason as they may be many other reasons. For instance, prostitution leads to birth of many unanticipated children. The effect is increase in the population of the country.

9. It Reduces the Standard of Living

as a result of unemployment, there is no income. The circulation of money among individuals and families is low. Hence, there is widespread hunger, starvation and poverty.

Unemployment in Nigeria has given way to corrupt practices in Nigeria. Given the poor living condition of the people has led to subjecting themselves to many unwholesome practices.

Thus, it is common for a political candidate to hire jobless youth as political thugs. These hired thugs eventually intimidate the opponents and hijack ballot boxes during election.

It is also common for a woman to involve in child trafficking and baby selling. It is also possible to for young people to engage in drug paddling.

Job seekers will not mind staking anything and paying everything to secure a job. All because of the awful experience of unemployment.

Read Also: Top 10 Professional Courses that will Increase your Chances of Getting a New Job

Areas with little job opportunities witness the migration more people into it than areas that do not have. Traffi hold up on the roads increases with the influx of people.

Living areas becomes over populated with people. The basic amenities such as electricity, pipe borne water and others are over stressed. As people seeking for job scramble for opportunities in commercial cities.

The rising negative tendencies that are associated with unemployment in Nigeria make it a cause of concern for all stakeholders within all sectors of the country.

They should collectively work in order to address the issue of corruption with concentrated attention. This means that the unemployed also have a role to play.

This role may be to think and create opportunity for themselves. While the government should be effective at attracting foreign investors as well as establishing local industries to fully put the available human resources to use.

We work really hard and put a lot of effort and resources into our content, providing our readers with plagiarism-free articles, original and high-quality texts. Contents on this website may not be copied, republished, reproduced, redistributed either in whole or in part without due permission or acknowledgement. Proper acknowledgement include, but not limited to (a) Proper referencing in the case of usage in research, magazine, brochure, or academic purposes, (b)"FAIR USE" in the case of re-publication on online media. About possible consequences you can read here: What are the consequences of copyright infringement? In an effort to protect our intellectual properties, we may report your website to Google without prior notice and your website be removed from search engines and you may receive a strike. All contents are protected by the Digital Millennium Copyright Act 1996 (DMCA).
Tags
Reduce Unemployment Unemployment
Share
Facebook Twitter Google+ LinkedIn StumbleUpon Tumblr Pinterest Reddit VKontakte Odnoklassniki Pocket Share via Email Print

Daniel Eyo is passionate writer on contemporary Nigerian issues. He is a male and currently in his 20s. Presently an undergraduate with the University of Uyo, Akwa Ibom State in Nigeria where he resides. InfoGuide Nigeria is a team of Resource Persons and Consultants led by Ifiokobong Ibanga. Page maintained by Ifiokobong Ibanga. If you need a personal assistance on this topic, kindly contact us.

13 Effects Of Bombing In Nigeria

How To Prepare Okra Soup In Nigeria 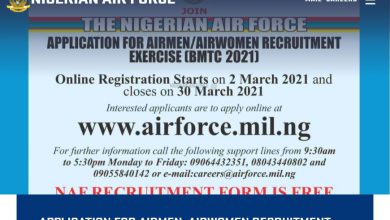 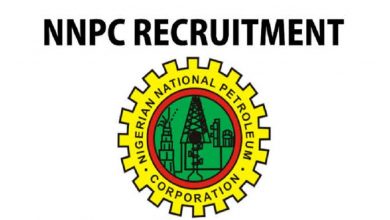 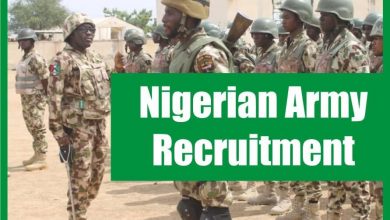