There have been several debates and arguments about why Nigeria is called the giant of Africa. Some people are of the opinion that Nigeria is only a giant in words and not in deeds.

Others believe that the country has out shined other countries in Africa in several areas and deserves the title. Below are verified facts that confirm Nigeria deserves and has earned the title of Africa’s foremost country.

The country has a staggering population of over 180 million people. Nigeria is also the 8th most populous in the world — after China, India, USA, Indonesia, Brazil, Pakistan, and Russia. The country also has one of the largest populations of youth in the world.

2. Although Bloomberg announced in August 2016 that South Africa has overtaken Nigeria as Africa’s biggest economy, recent reports from IMF confirms that Nigeria has reclaimed the foremost position in October in spite of the current economic recession in the country.

According to the International Monetary Fund (IMF), Nigeria’s GDP stood around $415.08 billion in October while South Africa at $280.36 billion sparking discussions of the nation standing firm against the storm.

4. Technology-wise, Nigeria is the first African country to launch a satellite into space.

6. In terms of military strength, Nigeria possesses one of the top 3 most powerful military forces in Africa.

7. It is also the first country in the continent to have an indigenous automobile manufacturing industry (Innoson)

8. Nigeria has often assumed leadership roles in Africa , playing a “fatherly” role in the continent’s politics, providing economic support and peacekeeping assistance when and where necessary.

9. Nigerians are likewise considered the most travelled and exposed people in Africa. It is believed that Nigerians are present in every country in the world.

With these points and more, Nigeria continues to function as a leader in the African continent, economically, politically and in other areas.

Contents on this website may not be republished, reproduced, redistributed either in whole or in part without due permission or acknowledgment.
.
Proper acknowledgment includes, but not limited to (a) LINK BACK TO THE ARTICLE in the case of re-publication on online media, (b) Proper referencing in the case of usage in research, magazine, brochure, or academic purposes,.
.
All contents are protected by the Digital Millennium Copyright Act 1996 (DMCA).
.
We publish all contents with good intentions. If you own this content & believe your copyright was violated or infringed, please contact us at [infoguidenigeria@gmail.com] to file a complaint and we will take necessary actions immediately.
Tags
Africa Nigeria 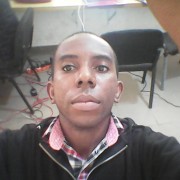 I'm an enthusiastic reader and writer with a fastidious taste for literature, arts, classics and music. I double as a trained philosopher that seeks to help people see the world differently! InfoGuide Nigeria is a team of Resource Persons and Consultants led by Ifiokobong Ibanga. Page maintained by Ifiokobong Ibanga. If you need a personal assistance on this topic, kindly contact us.

6 Reasons Why Nigerian Politics is STILL a Dirty Game

The Role of Microfinance Banks in Poverty Reduction in Nigeria