Here in this post, we are going to bring to you the best Programming Languages to Learn In Nigeria. We hope you find this article informative and useful.

Programming is definitely one of the most important computer skills one can acquire in today’s world. With the rise of computers ushering us into a digital age, there is a whole field of opportunity available to prospective computer programmers.

However, one of the most difficult choices to make before going into computer programming is the desired programming language that one wishes to learn.

The fact that there are a plethora of them in the world- around about 256 programming languages – doesn’t help much either, as one can be tempted to take up learning multiple languages because of this.

That, however, is the first temptation you must avoid as a budding programmer. Programming can be quite demanding and challenging.

As such, it is more logical, especially if you’re a beginner, to start off learning one programming language, building your skill in this area, before spreading your wings and learning another.

Also, another thing you must consider as you choose a programming language is how lucrative and marketable the language is.

You don’t want to choose a language that is outdated and no longer in use by computer tech companies around the world.

Thus, your choice pool of programming languages must include some of the most popular and well known languages of the modern day.

Here in this post, we’ll give you some of the best – and most lucrative – programming languages to learn in Nigeria. Please, note that they’re arranged in no particular order.

It was created by Guido van Rossum and was first released in 1991. It is said to be one of the easiest programming languages to pick up as a beginner and one of the best languages to learn, if one wants to become a data scientist and wants to enter the field of data analytics.

Python can be used in writing programs for web development, building applications for Android and iOS, scientific computing, data science, machine learning or artificial intelligence, image processing, as well as writing programs that are mathematics-oriented.

With its write once, run anywhere philosophy, and with more than three billion devices running on its programming codes, Java is one of the most popular programming language of the modern day.

Java was created in 1995 by Oracle with Object Oriented Programming in mind, and is said to be another one of the easiest programming language to learn.

So versatile is Java as a programming language that it can be run on virtually any platform including Windows, Mac, Linux, Raspberry Pi, Android etc.

With over 10 million developers around the world, Java programmers outnumber other programming professionals, and you would not be making a mistake in becoming one of them.

Read Also: 7 Steps To Start a Computer School in Nigeria

PHP (Hypertext processor) is an open source, general purpose, server-side scripting language designed for web development and can be embedded into HTML.

It is quite popular among programmers and it is said that about 83 percent of websites – including the big names like Facebook and Wikipedia – use PHP. As such, it is the most popular scripting language in the world today.

The popularity of PHP can also be tied to the fact that it powers most popular content management systems (CMS), like WordPress, Drupal, OpenCart, etc.

JavaScript is said to be the most commonly used programming language in the world today. So popular is JavaScript among programmers and developers that, according to statistics, 7 in every 10 developer has at one time or another, had a stint with JavaScript.

Also, JavaScript is one of the three core technologies of the World Wide Web, alongside HTML and CSS. It is an essential part of web applications, as all major web browsers have a dedicated JavaScript engine to execute them.

With java script, you can build mobile applications, and program human-machine interactions such as text to speech.

Although C++ is a direct descendant of C programming language, it is a more highly developed language than C. This is because of its support for data abstraction, generic and object oriented programming.

Developed by Apple inc, Swift is a general-purpose , multi-paradigm , compiled programming designed for devices that run on iOS, macOS, watchOS, tvOS, Linux and

z/OS. It was released by Apple in 2014, and is an alternative to Apple’s objective C, which was used to develop Apple apps before Swifts introduction.

It is becoming quite popular among programmers, and this can be seen as it won first place for fhe Most Loved Programming Language in the Stack Overflow Developer Survey 2015 and came second in 2016.

Although it is quite difficult to learn, its growing popularity, as well as the attraction it’ll generate as an Apple product, make swift a good choice to start your programming career with.

But don’t let that put you off, as there are obvious benefits to be reaped from the field. One only requires zeal and the will to learn.

So go ahead and choose from the pool of programming languages we’ve provided you, improve your skills as a programmer and earn with it. You can thank us later. 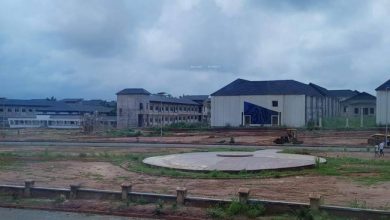 EPU Post UTME Past Questions and Answer in PDF Format