A Federal High Court in Lagos has stopped President Muhammadu Buhari and the National Broadcasting Commission (NBC) from revoking the licenses of 53 broadcast stations in the country, and shutting down the stations for allegedly failing to renew their licenses.

SERAP and NGE had last week filed a lawsuit against Buhari and NBC, asking the court for “a declaration that section 10(a) of the Third Schedule to the NBC Act used by NBC to threaten to revoke the licenses of 53 broadcast stations and to shut down the stations is unconstitutional and unlawful, as it violates freedom of expression.” Information Guide Nigeria

In the suit, SERAP and NGE had asked the court for “an order of interim injunction restraining Buhari and NBC, their agents from revoking the licenses of 53 broadcast stations in the country and shutting down their operations, pending the hearing and determination of the motion on notice filed contemporaneously in this suit.”

The suit is adjourned to 8th September, 2022 for the hearing of the Motion on Notice for interlocutory injunction. The suit followed the decision by the NBC to revoke the licenses of the 53 broadcast stations and shut down their operations within 24 hours over alleged N2.6 billion debt. jamb results

In the suit number FHC/L/CS/1582/2022, SERAP and NGE are asking the court to determine “whether section 10(a) of the Third Schedule to the NBC Act used by NBC to threaten revoke the licenses of 53 broadcast stations and shut them down is not in inconsistent with freedom of expression and access to information.”

SERAP and NGE are also seeking “a declaration that section 10(a) of the National Broadcasting Act used by NBC to unilaterally revoke the licenses of the broadcast stations and shutdown the stations is a violation of the constitutionally and internationally guaranteed right to fair hearing.”

The suit, read in part: “The provisions of the Nigerian Constitution and human rights treaties on freedom of expression indicate that this right can be exercised through any medium.”

“Effectively, these provisions recognize that every individual has the right to an equal opportunity to receive, seek and impart information through any communication medium without discrimination.”

“The use of NBC Act and Code, in this case, would inadmissibly open the door to arbitrariness and would fundamentally restrict the freedom of expression that is an integral part of the public order protected the Nigerian Constitution and human rights treaties to which Nigeria is a state party.”

“The media plays an essential role as a vehicle or instrument for the exercise of freedom of expression and information – in its individual and collective aspects – in a democratic society.”

“Indeed, the media has the task of distributing all varieties of information and opinion on matters of general interest.”

“The public has a right to receive and assess this information and opinion independently. Therefore, the existence of a free, independent, vigorous, pluralistic, and diverse media is essential for the proper functioning of a democratic society.”

“According to the Declaration of Principles on Freedom of Expression in Africa adopted by the African Commission on Human and Peoples’ Rights, ‘licensing processes shall seek to promote diversity in broadcasting. Any registration system for the media shall not impose substantive restrictions on the right to freedom of expression.’”

“Revoking the licenses of 53 broadcast stations and shutting down their operations because they have not renewed their licenses would both seriously undermine the rights of millions of Nigerians to express their thoughts, and their right to seek, receive, and impart information and ideas of all kinds, in any medium they choose.”

“Freedom of expression includes the public’s right to receive, and the right of those who express themselves through a medium of communication, to impart the greatest possible diversity of information and ideas.”

“The media, including the affected 53 broadcast stations, serve to distribute Nigerians’ thoughts and information while at the same time allowing them access to the ideas, information, opinions, and cultural expressions of other individuals.”

“The exercise of the right to freedom of expression through the media is a guarantee that is fundamental for advancing the collective deliberative process on public and democratic issues.”

“Therefore, the strengthening of the guarantee of freedom of expression is a precondition for the exercise of other human rights, as well as a precondition to the right to participation to be informed and reasoned.”

“The media including the affected 53 broadcast stations play an essential role, as they allow millions of Nigerians to access both the relevant information and a variety of perspectives that are necessary for reaching reasonable and informed conclusions on matters of public interest.”

“The Plaintiffs recognize the mandates of NBC to regulate broadcasting. However, the exercise of such mandates including renewals or revocation of licenses must follow the thresholds and guidelines set by the right to freedom of expression. The free circulation of ideas and news is not possible except in the context of a plurality of sources of information and media outlets. The lack of plurality in sources of information is a serious obstacle for the functioning of democracy.”

“The NBC Act and Broadcasting Code cannot and should not be used in a manner that is inconsistent and incompatible with plurality of voices, diversity of voices, non-discrimination, and just demands of a democratic society, as well as the public interest. Broadcasting is a means of exercising freedom of expression. Any restrictions on freedom of expression must meet the requirements of legality, necessity, and proportionality.”

“The regulation of broadcasting must aspire to promote and expand the scope of the right to freedom of expression, not restrict it.”

Chelsea Superstar Travelling For Medical Ahead Of Exit

I Can’t Be Submissive To System – Sowore, Human Activist 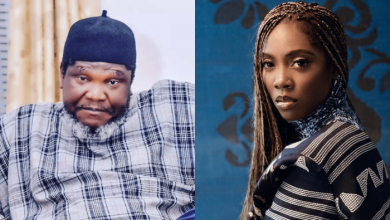 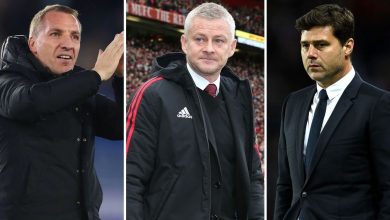 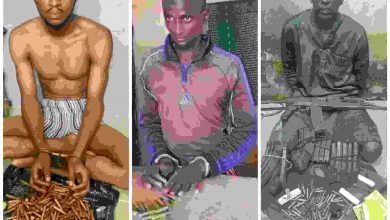 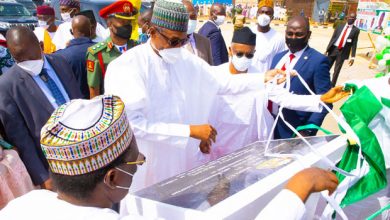