Abuja is a planned city,research have it that it was built in the 1980’s,it shares boundary with kogi, Kaduna, Niger and Nassarawa,it is in the central region of the country which is one of the reasons it was chosen as the federal capital territory.

Lagos, kano and Ibadan. In the year 2016 the metropolitan area of Abuja is estimated at 6 Million persons.

Historically, Abuja was originally the south western part of the ancient Hausa kingdom of Zaria.Several semi- independent tribes habituated there for years, the largest of these tribes was Gwari,and then the koro including few other tribes.

Zaria was invaded by Fulani invaders in early 1800’s,Muhammed Makau Dan Ishaq Jatau who later was the ruler of the Hausa kingdom from November 1806 – Dec1808,fled the south with some followers and his brothers,Abu ja and kwaka.

Abu ja succeeded his brother Makau.Abu’s full name was Abubakar,while Abu was his nick name, due to his fair complexion he was also nicknamed “ja” which means “fair skinned” in Hausa.

People added his two nick names together, “Abu” and “ja” he became known as “Abu-ja” meaning “Abu the red” some were of the view that the “ja” came from his surname “Ishaq Jatau”. History have it that king Abubakar who is also known as “Abu-ja”,founded the city of Abuja.

Abuja later became the Federal Capital Territory due to the population pressure and political/ethnic divisions in Lagos. As earlier stated it being at the central region of the country made it suitable for the FCT.

Abuja is divided into 6 area councils namely,Abuja municipal,Gwagwalada,Abaji,Kuje,Bwari and Kwali.

ABAJI
Abaji is a local government area in the Federal Capital territory, it is occupied by the Egbura koto people,it was formerly Igabaji,it is presently one of the area council in Abuja.Abaji is headed by the Ona of Abaji,the people of Abaji are peaceful and accommodating .

The land was formerly under the old koton karfe kingdom but decided to join the Federal capital territory for advancement.

GWAGWALADA
It is also a local government area in the Federal Capital Territory, it has an area of 1,043km² and a population of 157,770 at the 2006 census.The mini campus of the university of Abuja is located in the area.

It was formerly under the Kwali district of the former Abuja emirate now suleja emirate. The Area council was created on the 15th of October 1984.Gwagwalada area council is administered by an executive chairman elected through adult suffrage.

The council has 10 wards and 10 elected councilors representing the 10 wards,the wards are zuba,Ibwa,Dohi,kutunku,Tunga make,Gwako,paikon-kore,Ikwa,quarters and central. The council is headed by a chairman whose name is Hon Adamu Mustapha Danzeg.

Is another Local Government Area of the Federal Capital Territory, it has an area of 1,644km² and at the 2006 census,it has a population of 97,367.

Kuje has several schools,both state and private school, it has a very busy market which held every four days,it have many road side stores selling music CDS,provisions, building material, sewing materials, kitchen utensils and lots more.

Bwari is a town in FCT and also one of the Local Government Area,it was originally inhabitated by the Gbagyi ‘Gbwari’ people.

Bwari is also the capital of Bwari Area council of FCT.

There are ten wards in Bwari just as in Gwagwalada and ten elected councilors from each ward respectively, the council is also headed by a chairman. Bwari’s monarch is the Esu who is otherwise known as Sa-bwaya. 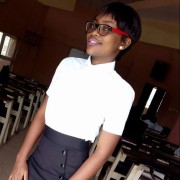 9 Ways to Train Your Employees to Deliver Good Customer Service

History of Technology in Nigeria