Music is that one thing that flows through your mind without your permission, it is found on the lips of all and sundry.

The only difference is what we choose to make out of it. While some people prefer to sing in the corners of their bathroom or while they are engrossed with work, others want to make something out of their musical talent.

If you are in the category of those who want to release their songs out there for the world to here, then some things you should concern yourself with are how much it costs to produce a song and also a list of the several music producers we have here in Nigeria.

The question of how much it costs to produce a song in Nigeria also depends on the capacity of the person involved in terms of monetary ability. There are various levels of music production which includes:

a. Self Production: For artists who want to produce a song but don’t have the capital required to seek the help of an experienced music producer, this might be the best bet but it is not without its disadvantages. If you can find a way around this disadvantages, then you are ready to shoot. By disadvantages, we will look at

b. Promoting your music after production: you will not have to worry much about this if a producer is in charge of your production; especially a music producer who is well known in the music industry.

c. Distribution of your music: Whichever way you choose to distribute your music digitally, you still need a plan for distribution.

Having considered the cons of self-producing your song, you might want to go for the other option if you can’t deal with the challenges of self-production

d. Seeking the help of a Producer: With the rising trend of things in the music industry, several producers abound making it easier for an artist to get his / her song produced. These artists have their different fees which they charge for the production of every song.

Below is a list of some producers in Nigeria and how much they charge per production:

a.. Shizzi: Oluwaseyi Akerele (a.k.a. Shizzi) is a Nigerian record producer and songwriter. His label ‘magic fingers’ has produced the likes of Davido, Wizkid, Runtown, Wande Coal, Meek Mill, Ayo Jay etc. He also got nominated for various awards ceremonies in the year 2012, 2013 and won music producer of the year in the year 2015 at the Nigerian Entertainment Awards. Currently, Shizzi charges a fee ranging between N400,000 and N500,000

c. Cobhams: The visually impaired Nigerian musician, producer and songwriter is the chief executive officer of CAMP (Cobhams Asuquo Music Productions). He has produced the likes of ASA, BEZ etc. He currently charges about N 500,000.

g. Kiddominant: a Nigerian record producer, musician and DJ. He has produced for artists such as Davido, Olamide, Orezi and Cynthia Morgan, among others. He is credited to have produced Orezi’s award-winning single titled “Rihanna”. he charges over N 500,000 per song.

One thing to understand about these various producers is that if you do not work with them on their price, they might not give you the best if they have to bend a little to the amount you can afford to pay.

There are producers who will charge you as low as N 15,000 to N 30,000; one thing to note is this ‘ there is going to be a whole lot of difference between a song produced at a very local level and that produced at a much advanced level.

By local level, I mean producers who are just starting out and in local areas too. They will want to do everything possible to keep customers including charging very low prices.

Whether you can afford a big producer or not, the basic thing is to get your song ready, meet with whichever producer of your choice and explain your concept and allow him make his own contributions; they will kick off from there while you bargain with them on the amount you are willing to pay.

One thing to also note is that the cost of production is excluding all costs incurred if you are featuring any artist in your song i.e you have to pay anyone you feature differently from the production charges. Charges for promoting and marketing the album are also excluded.

We work really hard and put a lot of effort and resources into our content, providing our readers with plagiarism-free articles, original and high-quality texts. Contents on this website may not be copied, republished, reproduced, redistributed either in whole or in part without due permission or acknowledgement. Proper acknowledgement include, but not limited to (a) Proper referencing in the case of usage in research, magazine, brochure, or academic purposes, (b)"FAIR USE" in the case of re-publication on online media. About possible consequences you can read here: What are the consequences of copyright infringement? In an effort to protect our intellectual properties, we may report your website to Google without prior notice and your website be removed from search engines and you may receive a strike. All contents are protected by the Digital Millennium Copyright Act 1996 (DMCA).
Tags
Music Music Production Nigerian Musicians Songs
Share
Facebook Twitter Google+ LinkedIn StumbleUpon Tumblr Pinterest Reddit VKontakte Odnoklassniki Pocket Share via Email Print 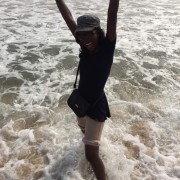 How To Become A Lecturer In Nigeria