WAJE (Words Are Not Just Enough) whose real name is Aituaje Aina Ebele Vivian Iruobe is one of the best singers in Nigeria and a vocal bully.

She was born in Ondo State on the 1st of September 1981 but moved to Benin City, Edo state where she had her primary and secondary education.

Waje hails from Sabongida Ora in Edo State but has never been there. She is the first child and daughter of her parents; she has three brothers and one sister.

Her brother BK Kobe Iruobe is an upcoming musician while her only sister Amake Iruobe is an actress who has featured in Nigeria’s longest and most prominent tv soap TINSEL, Funke Akndele’s Jenifa’s Dairy and few other movies in Nollywood.

Although she hails from Edo state, she speaks and sings fluently in igbo because her mother who is she’s very close to hails from Onitsha in Anambra State, she has also mentioned that her paternal grandmother was from Ondo state which explains how she got the Yoruba name Aina.

As a little girl, she loved to sing at home using her father’s screw drivers as imaginary microphones and she claims her mother identified that she was really talented at singing and spurred her to develop her talent.

Waje had her primary and secondary education at the famous Word of Faith Group of Schools in Benin City, Edo State.

While in school, she was part of the choir and consistently sang gospel songs and was fondly called the Whitney Houston of Word Of Faith.

This greatly impressed the late Archbishop Benson Idahosa who made a promise to see her through school. However, Waje’s parents divorced while she was still very young, this led to her relocating to the east with her mum and siblings.

In the east, she attended the University of Nigeria Nsukka, Enugu State where she studied social works. While in Nsukka, she sang actively at school concerts and fellowships.

She worked part time in tourism while studying for her degree but fully launched into music in 2007 when she began to sing at shows and free gigs.

Her breakthrough came in 2008 when she was featured in Psquare’s hit single ‘Do Me’. This boosted her career a little because the track was a hit across Africa and some parts of Europe.

Waje a took a step further by taking part in a reality show organized by MTV BASE south Africa and Zain Nigeria ‘Advanced Warning’ which featured artistes that were on the verge of a breakthrough. She came out as the first runner up and in her own words: ‘I cried when I lost the prize.’

She is managed by Godwin Tom while her brother Charles Iruobe serves as her assistant.
Waje is not just talented but also very hard working. She revealed in interviews that she is an excellent cook who used to make and market her self-titled chin chin back in the east.

She also revealed that if she hadn’t succeeded in music she would have either been a teacher or caterer. She had a cook out session with Jamie Oliver not too long ago to empower youth with the knowledge about healthy food and nutrition and to promote healthy eating. The event was carried out by live broadcasts on Facebook.

When was Waje was seventeen years old she became pregnant. She has admitted to the fact that she was scorned as a result but her mum encouraged and stood by her till she had her beautiful daughter Emerald Iruobe who is now eighteen years old and is in the university.

She relocated from the east, leaving her daughter, mum and siblings behind to pursue her musical career in Lagos in 2010 but today, the single mother now resides with her family in Lagos. She has managed to keep her relationships private, omawumi and Jennifer Alegieuno are her best friends.

WAJE has released only one album titled W. A.J.E in 2013 but she’s had so many hit collaborations, singles and videos.

She is set to release her second album before august this year and her fans wait eagerly for it. Here is the track list of her debut album:

Only you featuring MI

Singles And Collaborations of Waje Iruobe

Waje has had quite a number of hit singles and collaborations because her strong voice which covers three octaves is well sought after.

She has collaborated with MI Abaga on ‘One Naira’ a very massive hit and ‘Only You’ which is her own song. Other artistes include Patoranking, godwin strings, Sarkodie of ghana, J Martins, Burna Boy, Eva, Phyno, Muna, Tiwa Savage, Diamond of Tanzania, tosin martins, Dencia and Psquare.

Endorsements, Deals And Net Worth of Waje Iruobe

She also runs her WAJE SAFE HOUSE where she teams up with other non-governmental organisations to address different causes like the mental and environmental development initiative for children and educating the less privileged by raising funds to see them through school.

She is currently a coach on the voice Nigeria alongside Tuface Idibia (season one), Timi Dakolo, Patoranking and Yemi Alade (season two).

Waje has acted in a few Nollywood movies and in Funke Akindele’s Jenifa’s Dairy and her delivery is excellent. she is worth $1.2million.

Some of the awards Waje has bagged are listed below:

The Headies 2013 – Best Reggae And Dancehall

Contents on this website may not be republished, reproduced, redistributed either in whole or in part without due permission or acknowledgment.
.
Proper acknowledgment includes, but not limited to (a) LINK BACK TO THE ARTICLE in the case of re-publication on online media, (b) Proper referencing in the case of usage in research, magazine, brochure, or academic purposes,.
.
All contents are protected by the Digital Millennium Copyright Act 1996 (DMCA).
.
We publish all contents with good intentions. If you own this content & believe your copyright was violated or infringed, please contact us at [infoguidenigeria@gmail.com] to file a complaint and we will take necessary actions immediately.
Tags
Music Waje Iruobe 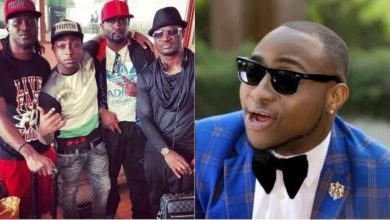 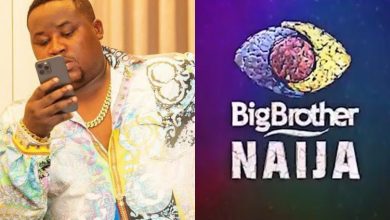 EXPOSED: Cubana Chief Priest Exposes The Organisers Of BBNaija For Taking Bribes From Housemates Before They Get Selected 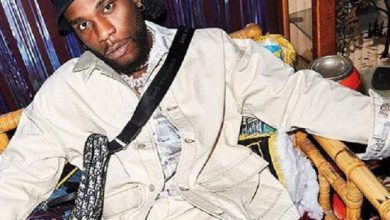 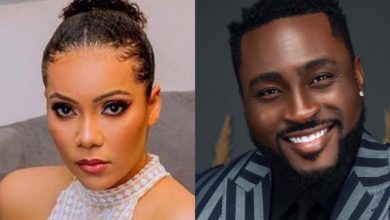