Since Nollywood has become the third largest movie industry in the world, after Hollywood and Bollywood, and Nigeria having the most active media sector in Africa, with over a hundred radio and T.V stations, other countries with emerging motion picture industries prefer the Nollywood model as a template.

There is an urgent need to increase the quality of talent available and improve on the standard of production. It is to attain these high production values that film acting institutions have come into existence.

A Film academy is a small or large school where people get trained formally in all or selected aspects of Movie making such as Acting, Directing, Video editing, Costumes, scriptwriting etc.

A good film academy may also but not compulsorily include provisions for Singing and Dancing. PEFTI film academy is one of the most popular academies in Lagos State and of course they’re recruiting massively and doing very well.

Starting a movie or film school in Nigeria is not a rocket science, it is easy to do but requires hardwork to make it productive and stand out.

Most Nollywood film actors and actresses already have their own film schools where they train both young and old talents to turn them into stars on screen.

Notable actors and actress that own a movie school include Olu Jacobs, Joke Silva and Yul Edochie. Lufodo Academy of Performing Arts (LAPA) was founded by Joke Silva and Olu Jacobs and is accredited by the National Board of Technical Education of Nigeria (NBTE).

Yul Edochie Academy which is a subsidiary of Yul Edochie Arts World, a reputable and redefined academy for acting, and a training ground for actors/actresses with visions of training the next generation of actors is an academy owned founded by Yul Edochie, the son of the Prominent Nollywood actor-Pete Edochie. It is located at Dkk Plaza, KM 46 Lekki-Epe Express, Farms Bustop beside Splash Bar, Ajah, Lagos, Nigeria.

A film school may be part of an existing public or private college or university, or part of a privately owned for-profit institution.

Depending on whether the curriculum of a film school meets its state’s academic requirements for the conferral of a degree, completion of studies in a film school may culminate in an undergraduate or graduate degree, or a certificate of completion.

Not only the types of courses on offer, but also the content, cost and duration of the courses differs greatly between larger institutions and bespoke film schools.

Universities offer courses ranging from 1 to 4 years, with the majority lasting 3 or 4 years. Conversely, films schools focus on shorter technical courses of 1 or 2 years.

Many film schools still teach students how to use actual film in their productions, although the incorporation of digital media in film school curricula has risen drastically in recent years.

Some schools offer only digital filmmaking courses, eschewing instruction in the medium of film altogether. The use of digital cameras and digital media is significantly less expensive than film cameras and film stock, and allows a film school or department to offer more equipment for students with which to learn and use for their projects. In addition, digital media (such as DVD) is often used for in-class screenings.

In recent years, online film schools of sorts have sprung up teaching filmmaking through articles, tutorial videos, and interactive forums.

The next generation of digital cinematography using the large sensors and manual features available in still DSLR cameras has lowered the barrier further towards creating inexpensive digital video that compares closely to 35mm film.

Starting your own film academy

Nothing guarantees success more than a good, solid business plan. Decide what it is you want to do and how you are going to do it. Line up a team.

If your business plan is feasible and promising, you are likely to get investors, unless you plan on being a sole owner. So, make a budget and schedule, get an idea of who is going to fund it and how the money is going to return to investors.

Before you plan on embarking on this ambition of being a film academy owner, I assume you already had your capital or source of funds.

If you don’t have any, you can resort to partnering, loaning from banks or any other source that is convenient to you.

Step 3: Get a good location

A good location here can be described as a place already booming with activity. It would be best to be located in the middle of the town where traffic is very much high and where you can be easily accessed by virtually anyone.

However, in the case of a noisy environment you definitely do not want your students to lose concentration and focus during classes or exercises as a result of distracting noises coming from the outside, so a good interior design should be in place.

Glass doors, glass windows with sealed rubber edges would greatly reduce the noise coming from the outside and create a muffling effect for them so that whilst you’re in town, in the midst of noise, you’re still not affected by what’s going on around except for when you step outside but definitely you’ll need an air conditioning effect to go along with this.

Also try making your hall as comfortable as possible with some real life acting designs like simulated bedrooms, club lights and the likes. It’ll be of much need later on.

Step 4: Get your business name and register it with the corporate affairs commission. Also, seek accreditation from National Board of Technical Education of Nigeria (NBTE).

Step 5: Employ Staffs and get production equipments for practical experience

You definitely do not want to teach theory-only in your academy and bore your students with many theoretical aspects of film making so the need for practical exercise would be necessary.

You need a good script writer and a few good scripts for rehearsal purposes and perhaps subsequent shooting and recording of plays, dramas and maybe real movies too depending on the strength of your crew and your buoyancy to launch actual movies which are good enough to be welcomed by the market.

There are quite a good number of good script writers around, it’ll only cost you some figures to purchase from them. There are also upcoming writers who could provide you good scripts too at cheaper charges.

You’ll also need a couple of production equipments. Again, this is for you to be able to practically teach filming and acting to your students in a way that’ll interest them and make them develop more liking for this profession comfortably.

A few production equipments like some desktop computers for editing purposes, video cameras for filming and recording, sound equipments for amplification and sound simulation or simulated effects on sound, lighting equipments to create different lighting effects for different acting scenarios, costumes etc. These are necessary for running a reputable film academy in Nigeria.

We work really hard and put a lot of effort and resources into our content, providing our readers with plagiarism-free articles, original and high-quality texts. Contents on this website may not be copied, republished, reproduced, redistributed either in whole or in part without due permission or acknowledgement. Proper acknowledgement include, but not limited to (a) Proper referencing in the case of usage in research, magazine, brochure, or academic purposes, (b)"FAIR USE" in the case of re-publication on online media. About possible consequences you can read here: What are the consequences of copyright infringement? In an effort to protect our intellectual properties, we may report your website to Google without prior notice and your website be removed from search engines and you may receive a strike. All contents are protected by the Digital Millennium Copyright Act 1996 (DMCA).
Tags
Movie Acting School in Nigeria
Share
Facebook Twitter Google+ LinkedIn StumbleUpon Tumblr Pinterest Reddit VKontakte Odnoklassniki Pocket Share via Email Print Forex Trading in Nigeria – How to Start and Succeed Beyond Your Wildest Expectations! 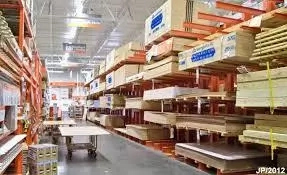 How To Start Wood Processing Business in Nigeria 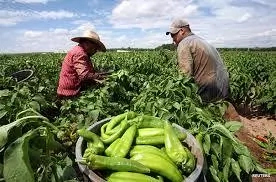 Agriculture in Nigeria; 10 Tips to Make Money from It